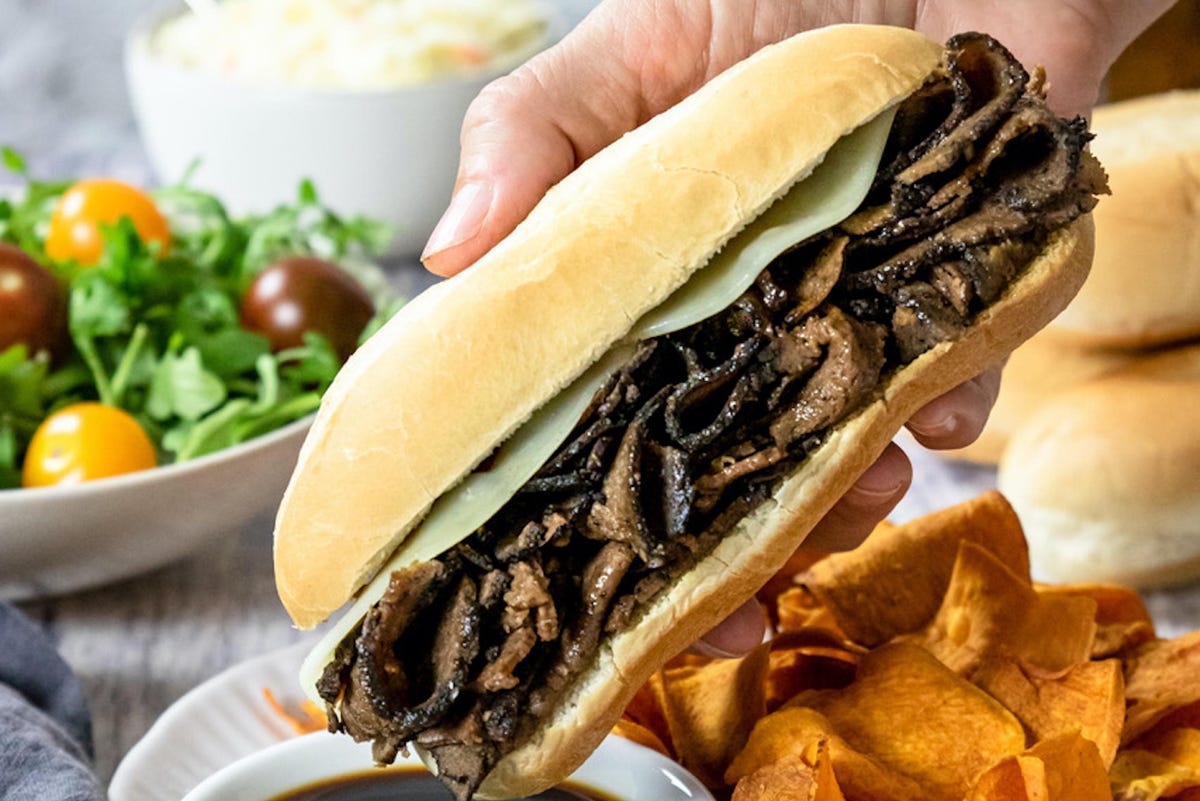 -Shriya Swaminathan From a humble home-kitchen start-up to earning Mark Cuban’s fandom on Shark Tank, Jenny Goldfarb’s Unreal Deli has been revolutionizing the concept of the perfect sandwich sans animal products! Plant-based living does not require sacrificing fantastic taste and traditional favorites. All the same flavors and textures are brought to you by plants and Mrs. Goldfarb’s magic!

The brand new Steak Slices will join the current retail range – Unreal Corn’d Beef & Unreal Roasted Turk’y. Her products have been gaining recognition across restaurants throughout the country! Recently, Unreal Deli was voted as the #1 Best Plant-Based Meat From Fast Food Chains by Thrillist and ranked as the #1 best-selling Meatless Deli Meat by Amazon. The new Steak Slices are flying off grocery store shelves! The Director of Food Service at Sunset Foods in Chicago emphatically says- “Just to let you know, the first store I put the Steak Slices in sold out the row in one day. I had to reload it this morning and now have it in all five locations. Customers are excited about it and your packaging is spot on.” While you wait for the hottest sandwich essentials to arrive at a store near you, GTFO It’s Vegan has got you covered! Unreal Deli products are as healthy as they are delicious – win-win don’t you think?! The slices are made from real vegetables, protein-rich grains, and deliver a power-packed 14 grams of plant-based protein! In case more convincing is warranted, they are also low in fat, zero cholesterol, free from nasty nitrates, and certified Kosher. As the Unreal powerhouse continues to expand nationwide and across the globe, the team has plans for a first-of-its-kind, ready-to-eat sandwich line that will include finger-licking options like Barbeque Steak, Corn’d Beef & Cheese, and Roasted Turk’y & Cheese, all on a soft pretzel bun packing 21g of plant protein per sandwich! These options are bound to wow the grab-and-go-ers and sit-down diners alike. Unreal Deli is on a mission to show the world that the best deli is now and forevermore, powered by plants! The post The Marvelous Mrs. Goldfarb Launches Unreal Vegan Steak Slices appeared first on VEGWORLD Magazine. plant-based nasdaq-bynd meat beef cheese deli meat protein