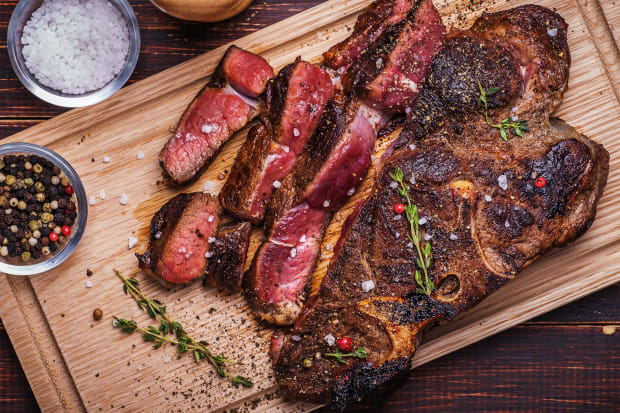 Solving the climate crisis is about more than the cars we drive, it's about what we eat and drink. Here is the environmental impact of some of your favorite foods.

In August, record-breaking rainfall soaked the Dallas area—15 inches fell in 24 hours, overwhelming streets and submerging cars; rising river waters inundated Jackson, Miss., and left some 180,000 people without fresh water, and one third of Pakistan was underwater from a huge monsoon.

Ice melting from the enormous Greenland ice sheet will eventually raise the global sea level by at least 10 inches just on its own, scientists report. To put that in context, for every 1 foot of vertical rise in sea level, 100 feet of shoreline is swallowed up if the slope is just 1% or more.

While plug-in electric car market share is up to about 12%, according to InsideEVs, the human-caused greenhouse gases leading to the climate crisis is about more than what we drive--a lot of it has to do with what we eat.

Our food system--producing food, transporting it and throwing wasted food in landfills--produces about 37% of global greenhouse gas emissions.

A big part of these emissions are methane, much of which comes from livestock, especially cows, according to the World Wildlife Fund: beef production uses more agricultural land than all other domesticated animals and crops combined. Cattle eat an increasing proportion of grain produced from agriculture, are one of the most significant contributors to water pollution and soil degradation, and the meat and by-product processing is a major source of pollution in many countries, according to WWF.

That’s why beef tops this list of foods with the biggest carbon footprint.

Animal-based foods tend to have a higher footprint than plant-based, according to Our World in Data. The impact of the food we eat can be measured in carbon dioxide equivalents (CO2eq), meaning non-CO2 gases are weighted by the amount of warming they cause over a 100-year timescale.

Beef — especially steak — produces the most CO2 equivalents of virtually all foods: 129.75 kg of carbon dioxide equivalents per 2.2 pounds of beef steak, or nearly 50 kg of per 100 grams (3.5 ounces) of protein. Lamb and cheese both contribute more than 20 kilograms CO2-equivalents per kilogram, and poultry and pork have lower footprints but are still higher than most plant-based foods, at 9 and 12 kg of CO2-equivalents, respectively.

The easiest solution is to eat less meat, especially beef. Meanwhile, scientists are also working on reducing the methane emissions of cattle: anaerobic manure digesters capture the methane released as the manure is processed into liquid fertilizer; and feed additives, including seaweed, interrupt the microbial processes in a cow’s gut that produce methane.

Here are the greenhouse gas emissions produced by some of the most common foods we eat, from a list of 211 foods at Our World in Data.