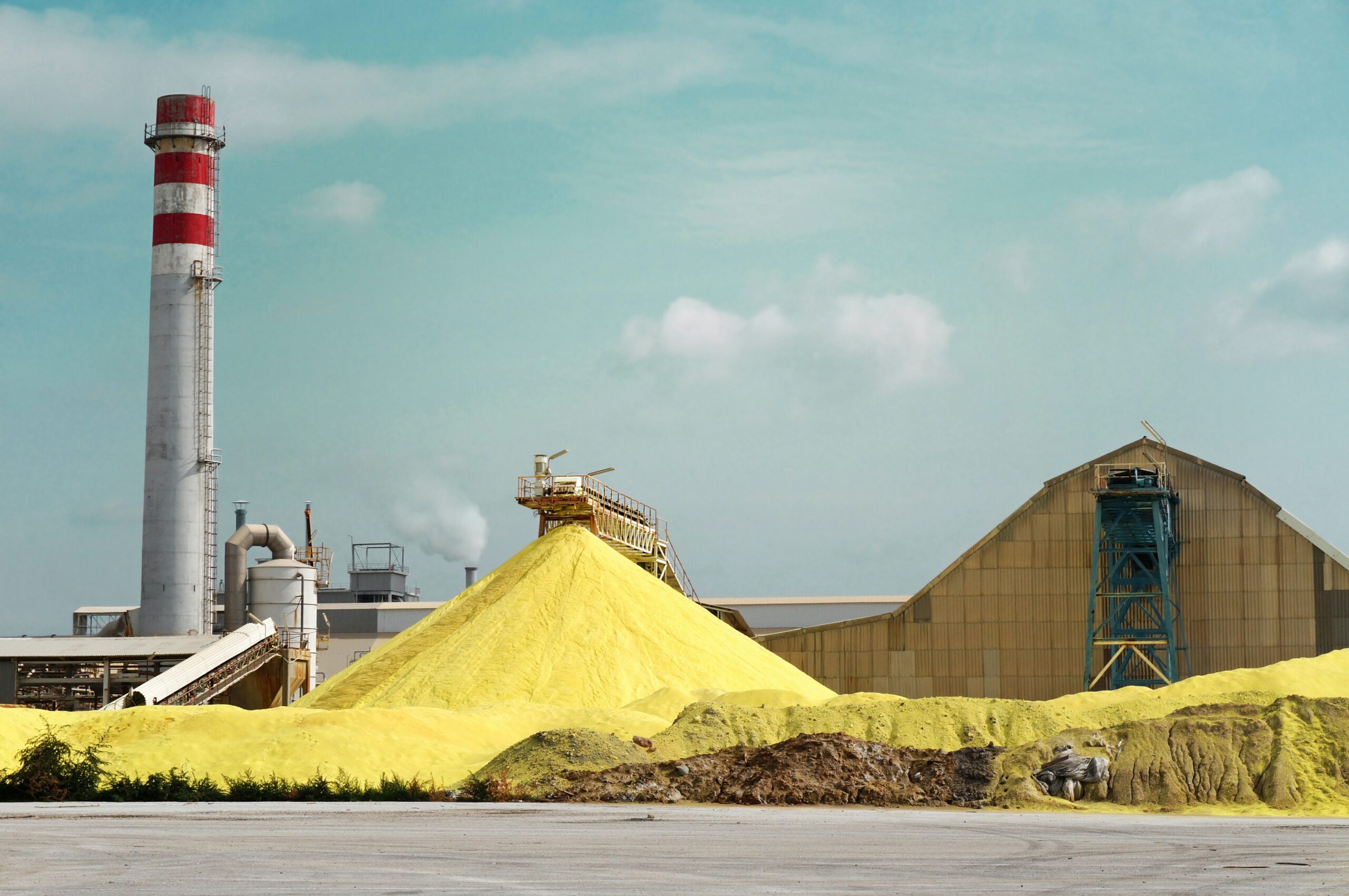 Without sulfur in the form of sulfuric acid, industries would struggle to produce the phosphorus fertilisers that raise farm yields or extract the essential metals used in everything from solar panels to electric car batteries.

Yet a problem looms, which has gone largely unnoticed. More than 80% of the global sulfur supply is a waste product, extracted from fossil fuels like oil and natural gas (which typically contain between 1% and 3% sulfur by weight) to reduce emissions of sulfur dioxide, the gas that causes acid rain.

According to our latest study, a rapid reduction in fossil fuel use required to achieve net zero emissions by 2050 could create a shortfall of sulfuric acid as large as 320 million tonnes by 2040, or 130% of present day production.

Sulfuric acid prices would rise, stoking competition in which more profitable green technology industries are likely to outbid fertiliser producers. This would increase the cost of food production and make food more expensive for consumers, especially in developing countries where farmers are least able to afford the higher costs.

Sulfur is found in a wide range of products, including tyres, sulfur fertiliser, paper, soap and detergent. But its most important application is in industrial chemistry, decomposing a wide range of materials.

The rapidly expanding use of low-carbon technologies, such as high-performance batteries, light-weight motors for vehicles, and solar panels, will significantly increase mining of mineral deposits, particularly laterite ores that are increasingly important sources of cobalt and nickel. Cobalt demand could increase by 460%, nickel by 99%, and neodymium by 37% by 2050. All of these are currently extracted using large quantities of sulfuric acid.

At the same time, projected population growth and dietary trends will also drive an increase in demand for sulfuric acid from its single most important consumer: the phosphate fertiliser production industry.

The US Geological Survey estimates that there is an almost limitless supply of sulfate minerals in evaporites (rocks laid down by the natural evaporation of shallow, salty seas or lakes) and large resources of iron sulfides and elemental sulfur in volcanic deposits, but accessing these would require expanding mining and mineral processing.

Converting sulfates to sulfur using current methods consumes a lot of energy and emits a lot of carbon. Sulfur mining and sulfide ore processing can pollute the air, soil and water, acidifying surface pools and aquifers and emitting toxins including arsenic, thallium and mercury. And there are always human rights issues associated with intensive mining.

In addition to finding new, non-fossil fuel sources of sulfur, demand for sulfur could be reduced by recycling and alternative industrial technologies that avoid intensive use of sulfuric acid.

Recycling phosphate from sewage and turning it into fertiliser would reduce the need for sulfuric acid to process phosphate rock for fertilisers. This would also help to address concerns that, in the long term, the world will run out of phosphate rock. It would also reduce the amount of phosphorus entering freshwater and coastal habitats, which causes massive algal blooms that can suffocate other plants and fish.

Recycling more lithium batteries from electric vehicles could also help. Developing new batteries and motors that rely less on rare metals would reduce demand for sulfuric acid to extract metals from their ores.

Wasting less renewable energy (such as solar and wind) and storing more of it without the use of batteries that need these metals would cut sulfuric acid demand at the same time as it cuts demand for fossil fuels and speeds up decarbonisation. In the future, it may also be possible to produce large quantities of sulfur from sulfates by culturing certain bacteria.

Mark Maslin is a Professor of Earth System Science at UCL and the Natural History Museum of Denmark. He is a Founding Director of Rezatec Ltd, Co-Director of The London NERC Doctoral Training Partnership, a member of Cheltenham Science Festival Advisory Committee and a member of the Climate Crisis Advisory Group. He is an unpaid member of the Sopra-Steria CSR Board, Sheep Included Ltd and NetZeroNow Advisory Boards. He has received grant funding in the past from the NERC, EPSRC, ESRC, DFG, Royal Society, DIFD, BEIS, DECC, FCO, Innovate UK, Carbon Trust, UK Space Agency, European Space Agency, Research England, Wellcome Trust, Leverhulme Trust, The Children's Investment Fund Foundation, Sprint2020, and British Council. He has received research funding in the past from The Lancet, Laithwaites, Seventh Generation, Channel 4, JLT Re, WWF, Hermes, CAFOD, HP, and Royal Institute of Chartered Surveyors.

Simon Day does not work for, consult, own shares in or receive funding from any company or organisation that would benefit from this article, and has disclosed no relevant affiliations beyond their academic appointment.