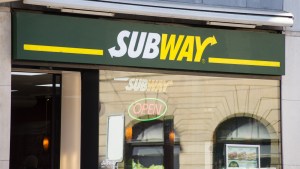 Global sandwich chain Subway could be adding a hot new vegan chicken product to its menu, according to an insider.

Customers in the UK are on track for an exciting Veganuary if the reports are as they say as the product is set to be rolled out next month.

An image of meat-free tikka soya chunks was obtained by the organization, which subsequently shared it on social media.

But “This is not promoted by subway yet and is undisclosed,” the outlet confirmed.

Currently, Subway offers a Chicken Tikka Sub but is yet to offer a vegan version in the UK.

The company is making moves to expand its vegan chicken offerings elsewhere in the world.

Just this month, Subway announced a partnership with Nestlé to expand offerings in Singapore.

From now until January 22, customers can order the Plant-Based Chicken Schnitzel, made with Neslté’s Garden Gourmet chicken alternative.

Back in the UK, Subway’s other vegan offerings include the Meatless Meatball Marinara, T.L.C aka Tastes.Like.Chicken, and Vegan Cheese Toasted Bite.