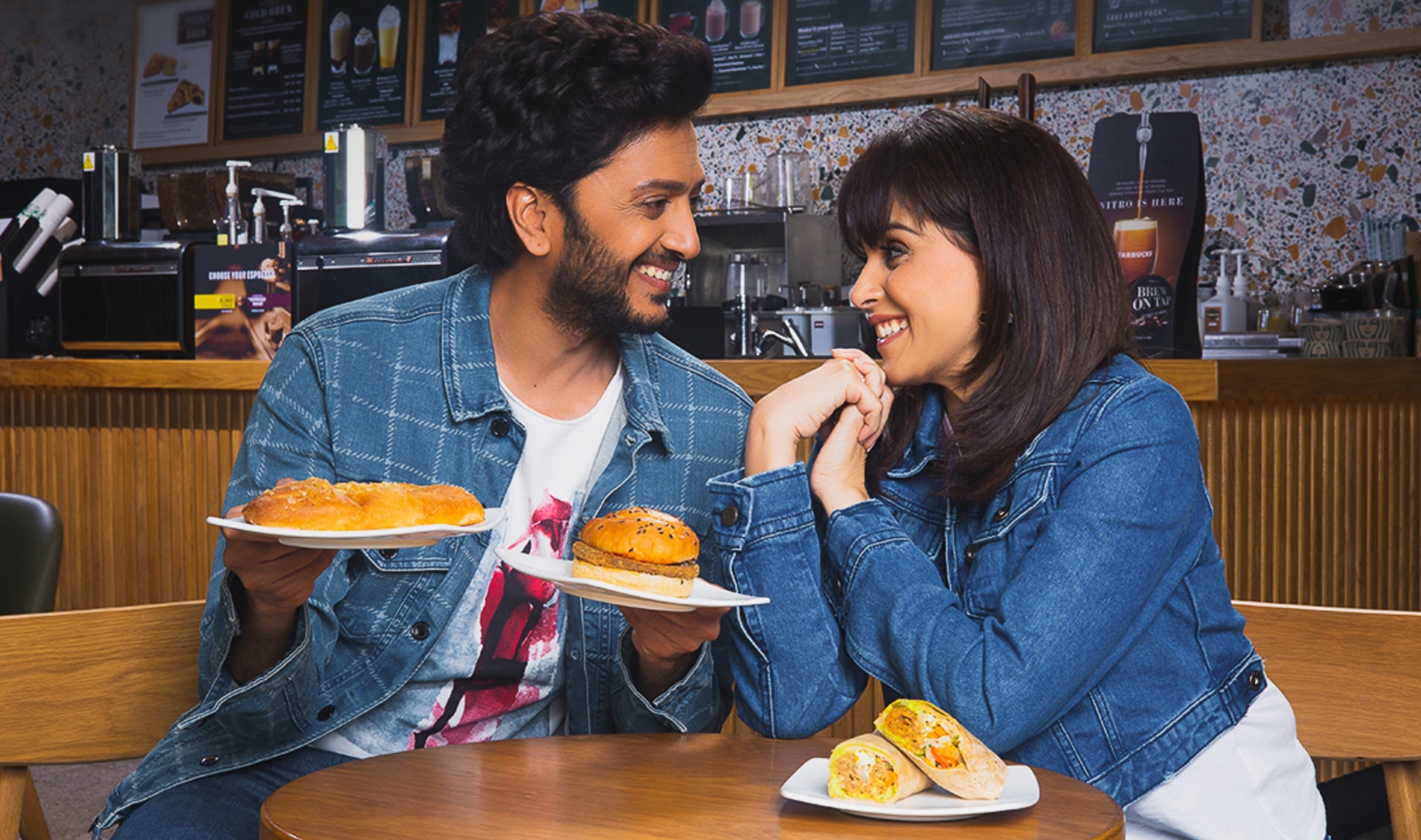 This is the first time Starbucks India has introduced a dedicated vegan menu. “Did you say vegan? We got you,” Starbucks India posted on Instagram. “Introducing our spectacular range of vegan delights that are an absolute treat for your taste buds. @geneliad and @riteishd can testify to that.”

Founded by Bollywood actors Genelia and Riteish Deshmukh last year, Imagine Meats aims to provide consumers with vegan versions of Indian-style meats. The Imagine Meats team worked through the COVID-19 pandemic to create vegan products such as keemas, kebabs, nuggets, burgers, and biryanis in plant-based chicken and mutton varieties before launching the brand.

“As a former carnivore, I know that millions like me are looking for a solution to their meat cravings,” Riteish Deshmukh previously said in a statement. “We spent years looking for the perfect fix, until we decided to make it ourselves—and we’ve worked for over two years to make this a reality. With our wide range of craveable plant-based meats, we want to enable everybody to Imagine Meat.”

In addition to Starbucks, Imagine Meats products are available in the retail space at supermarket chains Nature’s Basket and Reliance Retail around Mumbai and online through its direct-to-consumer website.

Last year, Starbucks added vegan crab cakes to its menu at its 170 locations in Hong Kong—representing the first time the international coffee chain served vegan seafood. The Thai Style New Crab Cake Salad menu item is made with vegan crab cakes by OmniFoods, a local vegan meat brand founded by entrepreneur David Yeung. The salad features Omni Crab Cakes along with mixed lettuce, pumpkin, tomato, fresh pomelo pulp, and a salad dressing made with fish sauce that is served on the side.

In the United States, Starbucks offers a vegetarian Impossible Breakfast Sandwich, featuring a plant-based Impossible Sausage patty, along with dairy-based cheese and animal-derived eggs. The sandwiches are not made-to-order meaning the animal products listed will be included in the packaged sandwich.

The launch of new vegan offerings at Starbucks India brings the international coffee chain closer to its goal of reducing greenhouse gas emissions, water usage, and waste production by 50 percent over the next eight years.

After a 2020 audit found that dairy is responsible for the largest portion of the coffee giant’s carbon footprint, Starbucks then CEO Kevin Johnson pledged to lead the chain in a new, more sustainable direction with the help of plant-based alternatives. The audit found that dairy accounted for 21 percent of the 15.6 million metric tons of greenhouse gasses emitted by more than 31,000 Starbucks outlets globally in 2018.

“Alternative milks will be a big part of the solution,” Johnson told Bloomberg at the time. “The consumer-demand curve is already shifting.”

In an effort to meet its climate goals, Starbucks has been exploring animal-free alternatives in its beverage department, too. In the UK, Starbucks reformulated its Pumpkin Spice Latte base without dairy and launched non-dairy whipped cream to make a fully vegan option of its most popular seasonal beverage available to Britons. In the US, Starbucks launched Oatly’s oat milk (its fourth vegan milk option) at its locations in 2020, and has also tested vegan whipped cream—made from a base of lentils—at two Seattle area locations. And in Columbia, Starbucks now offers NotCo’s NotMilk, a dairy-free alternative made using artificial intelligence.