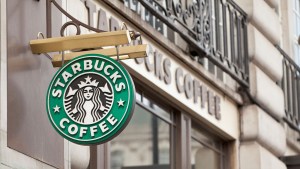 For the first time, Starbucks UK has pledged to stop charging extra for dairy-free milk. It comes just weeks after an attention-grabbing campaign highlighted various issues linked with the vegan upcharge.

End of the vegan surcharge

In a press release published today, Starbucks announced that from January 5, 2022, it will no longer charge extra for any of its dairy alternatives. This applies to all of the coffee chain’s 1,020 stores in the UK.

The announcement closely follows a spoof campaign that made headlines on December 9. An entity posing as Starbucks distributed a fake press release to news outlets, saying the coffee chain would stop charging extra for vegan milk.

In it, the organization claimed Starbucks was ditching the upcharge due to the prevalence of lactose intolerance among Black, Indigenous, and People of Color (BIPOC) communities.

The real Starbucks was quick to shoot down the activism, making it clear that the chain was not associated with the campaign.

It was later revealed that non-profit Switch4Good, which champions dairy-free living, was behind the initiative.

Switch4Good highlighted that 95 percent of Asians, up to 80 percent of Black and Latinx people, and more than 80 percent of Indigenous Americans cannot digest dairy. In contrast, just 15 percent of white people have lactose intolerance.

Dr. Milton Mills, an urgent care physician in Washington DC, lent his voice to the campaign. He named the Starbucks upcharge “unfair and racially targeted,” as well as an example of systemic racism.

Starbucks did not address the hoax in today’s (real) announcement, or the accusations surrounding dietary racism. Instead, the chain’s motivations for dropping the surcharge appear to be environmentally driven.

“Forming part of our wider ambition to become a resource positive company, Starbucks works to migrate to a more environmentally friendly menu includes last month’s announcement of a sustainable dairy sourcing programme with Arla Foods to reduce the emissions from dairy,” the company wrote.

Additionally, the leading coffee chain is bringing out its first plant-based fish alternative.

Three new (plant-based) sweet treats are joining the menu too. This includes carrot cake with creamy oat frosting, as well as chocolate and caramel muffins, boasting a soft caramel center.

A new plant-based pecan and caramel brownie – featuring chocolate chunks, gooey caramel, and caramelized pecans – is also on its way.

The post Starbucks Finally Drops Vegan Milk Upcharge At All Of Its 1,020 UK Stores appeared first on Plant Based News.