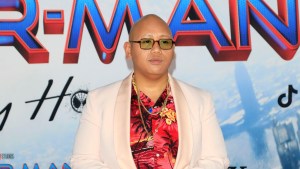 ‘Spider-Man’ star Jacob Batalon is crediting his plant-based diet for helping him shift a staggering 112 pounds.

The 25-year-old actor, who plays Ned Leeds in the hit film, said he had a wake-up call since barely unable to walk up the stairs.

“This one day I saw myself without a shirt on, it was ridiculous,” Batalon told Men’s Health in a recent major interview.

Batalon rose to fame since securing his first Marvel role in Spiderman: Homecoming back in 2017.

Despite soaring success across a further three Avengers films, he had begun feeling tired on set.

So, amid his busy filming schedule, he spent 2020 transforming the old diet and exercise routines he had donned since childhood.

Batalon had reached a point where he had taken “a hard look” at himself.

“I could not believe I let myself get this far,” he explained.

The journey to losing over 100 pounds involved a rigorous exercise routine, coupled with a plant-based diet.

He revealed: “Recently, my girlfriend has actually gotten me into a plant-based diet, as well. And that’s really helped my body…

“I can feel the difference between eating a lot of meat and eating plant-based stuff and that’s really helped me.”

Now, Batalon trains in the gym six days a week, for more than an hour at a time.

“I found a lot of light in the dark in the sense that a lot of people were suffering. And, I was fortunate and lucky enough to have found my health and all those things,” he said.