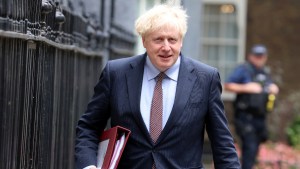 The company, which produces plant-based chicken and beef alternatives, is championing meatless diets in light of the climate crisis.

‘The UK government are supposed leaders in climate change policy, yet, climate strategies continually fail to mention the importance of diet’, the brand claims.

Moreover, this is ‘despite many evidence-based reports citing the environmental benefits of consuming a plant-based diet. What we eat has a ‘significant impact’ on global warming, the brand adds, and politicians are ‘willfully ignoring’ it.

Echoing the report, the Spanish vegan meat brand added: “We are facing some of the gravest threats in human history.”

For 2021, the annual summit will be hosted by the UK and held in Glasgow. Additionally, the summit outlines requirements for attending parties to meet Paris Agreement targets.

Branded ‘ambitious’, they’re to set the country on course to hit ‘net zero by 2050’. However, many are urging the PM to ‘lead the way’ in fighting climate change by adopting a plant-based diet himself.

Another online petition is calling for the event, to hire vegan caterers so that the UK can ‘set a global example’.

He stated: “If the goal of the COP26 summit is to protect the planet – as well as promote compassionate, responsible behavior – animal-derived foods have no place on the menu.”