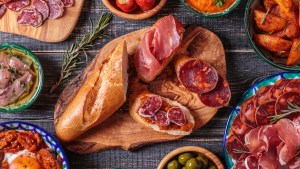 The Spanish government has rejected proposals to ban labels for vegan and vegetarian products, put forward by far-right party Vox. The ban sought to install censorship over plant-based meat and dairy alternatives.

And, it comes as wider European Union (EU) legislation seeks to keep the labels for animal products only.

But as of yesterday, The Spanish Committee on Agriculture, Fisheries, and Food of the Congress of Deputies took a stand.

Vox planned to overturn the EU’s rejections of amendments 165 and 171, known as the “veggie burger ban,” and “dairy ban.”

Party deputy Magdalena Nevado argued that plant-based products can’t be presented as equivalent substitutes. “These names evoke meat and can cause consumer confusion. Let us call each thing by its name,” she said.

“Once again, it is clear that you cannot put limits on a sector that grows due to the explicit demand of consumers, who are proven to understand perfectly what they are buying and why they are buying it,” communications manager Verónica Larco commented.

Bernat Ananos Martinez told PBN: “I totally agree we have to inform consumers, but they are not stupid. They know perfectly how to differentiate a plant-based meatball from an animal one.”

He added: “If politicians really want to empower customers, let’s work on an eco-score system on all products where you can clearly see the environmental impact.

“They should stop protecting harmful industries and instead focus on environmental organizations.”