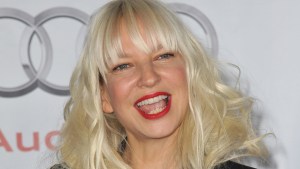 Australian singer-songwriter Sia Furler, known professionally as Sia, is calling for an upheaval of the food system. Specifically, a move away from conventionally produced meat in the diets of humans and companion animals alike.

Putting her money where her mouth is, the nine-time Grammy nominee has become an investor and advisor of Bond Pet Foods. The start-up uses precision fermentation to create nutritionally complete, plant-based food for dogs.

Since its inception in 2017, Bond has relied on ingredients like peanut butter, pea protein, and oats. Now, the start-up is edging its way into the cultured meat scene too; Bond says it’s the producer of the “world’s first” cultured chicken protein for pet food.

The product resembles conventional meat in taste, appearance, and nutrition. But, Bond assures that its team created it without harming any animals.

To achieve this, the company says it “gently pricked” a hen named Inga, who is now living out her retirement in Kansas. Researchers extracted the genetic coding of various chicken proteins from Inga’s sample. They then combined these with a strain of food-grade yeast in a fermentation tank.

“Just like those big vessels at your local brew pub,” Bond writes on its website. The team later dries the meat proteins and blends them into pet food. The end result reportedly contains “all of the essential amino acids that dogs and cats require for optimal health.”

Bond expects the cultured pet food to arrive on the market in the second half of 2023.

The ‘future’ of pet food

Sia’s collaboration with Bond will see the musical artist weighing in on the company’s social and digital marketing strategies. Namely, to help introduce the public to Bond and its approach, and to open up a conversation about pet nutrition.

“As a devout animal and environmental advocate, I’m inspired by Bond Pet Foods’ mission and believe their company is the future for sustainably led protein in pet food,” Sia said in a statement.

“If America’s dogs and cats were their own country, their consumption of meat products alone would rank fifth in the world. I am eager to lend my voice and support to a brand that’s re-imagining a cruelty-free future for all animals.”

Co-founder and CEO of Bond, Rich Kelleman, says the team is honored by Sia’s involvement.

“We’re honored to welcome Sia and her deep passion for animals into the Bond family,” Kelleman commented. “We believe her voice and creativity will help us further educate and excite the world about a new, better, more sustainable way to feed our pets.”

Sia swipes at the meat industry

The Chandelier singer spoke more about the implications of meat consumption last week in an article for Fortune.

Humankind slaughters an estimated 200 million farm animals every day for food, Sia notes in her article. Meanwhile, nearly one-third of the planet’s fresh water and over half of arable land is used for livestock, she says.

Further, 70 percent of all antibiotics in the US are given not to humans, but to animals “in increasingly concentrated farm operations.” This further “fuels the rise of antibiotic resistance,” Sia adds.

“For an animal lover, statistics like these can be mind-numbing and leave one feeling hopeless,” she wrote. It’s part of the reason that the performer co-narrated the impactful Dominion documentary in 2018.

“And yet,” Sia adds, “as is often the case in life, hopelessness can sow the seeds of revolution.”

A “slew of new entrepreneurs,” including her own investee Bond, are leading the charge, she says.

The songwriter – who refers to herself as vegetarian but announced in 2014 that she was vegan – encouraged readers to support these “transformative companies.”

“I encourage you … to be open to a new way of thinking about how our food is sourced and made, and together pave the way for options that are exponentially more humane, healthy, and sustainable,” Sia urged.

“Imagine, real meat without slaughter. Without antibiotics, without hormones, without bulldozing rain forests. Without consuming all our precious land, water, and energy to make the staples that have served as the mainstay of our diets for generations.”

The post Sia Invests In Cultured Pet Food To Help Build A ‘Cruelty-Free Future For All Animals’ appeared first on Plant Based News.