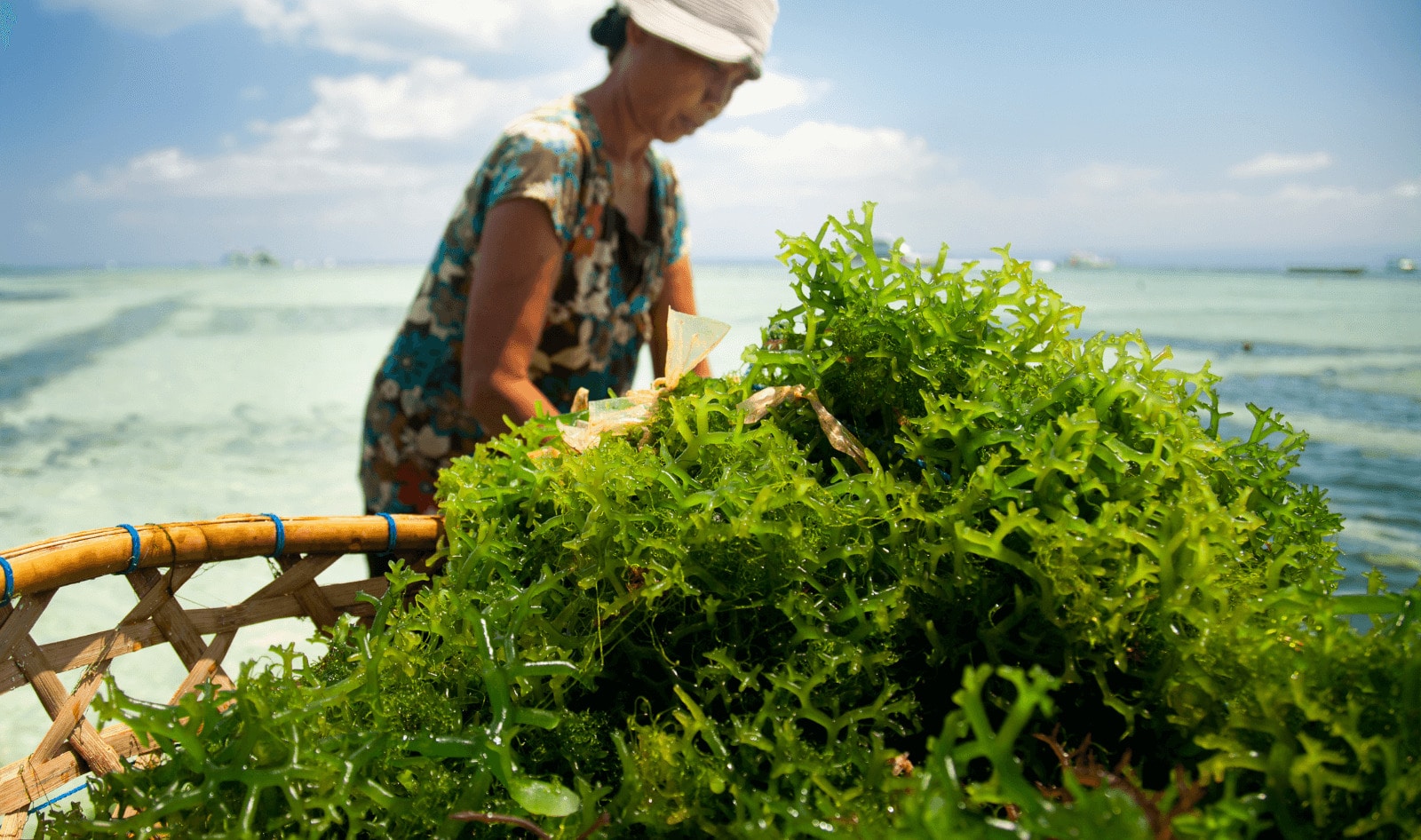 “We have an opportunity to grow food that is highly nutritious, fast-growing, and we can do it in environments where we’re not competing for other uses,” Charles Greene, Cornell University professor emeritus of earth and atmospheric sciences and the paper’s senior author, said in a statement. “And because we’re growing it in relatively enclosed and controlled facilities, we don’t have the same kind of environmental impacts.”

Even as the Earth’s population grows in the coming decades, climate change, limited arable land, lack of freshwater, and environmental degradation will all constrain the amount of food that can be grown, according to the paper.

“We just can’t meet our goals with the way we currently produce food and our dependence on terrestrial agriculture,” Greene said.

In addition to resource-intensive animal agriculture on land, the oceans’ wild fish stocks are also heavily exploited with constraints on marine finfish, shellfish, and seaweed aquaculture in the coastal ocean.

As a solution, Greene and colleagues argue for growing algae in onshore aquaculture facilities. GIS-based models predict yields based on annual sunlight, topography, and other environmental and logistical factors. The model results reveal that the best locations for onshore algae farming facilities lie along the coasts of the Global South, including desert environments.

Microalgae, which grows 10 times faster than traditional crops, could provide high amounts of nutritional protein, essential amino acids, as well as other micronutrients, such as vitamins, antioxidants, and omega-3 fatty acids.

“Algae can actually become the breadbasket for the Global South,” Greene said. “In that narrow strip of land, we can produce more than all the protein that the world will need.”

Additionally, unlike animal agriculture, a marine microalgae-based aquaculture industry would not require arable land and freshwater, or pollute freshwater and marine ecosystems through fertilizer runoff. For example, when farmers add nitrogen and phosphorus fertilizers to grow terrestrial crops, about half runs off fields and pollutes waterways. With algae grown in enclosed facilities, excess nutrients can be captured and reused.

Another benefit is that carbon dioxide must be added to aquaculture ponds to grow algae. Researchers and companies have been experimenting with adding algae to construction materials and cement, where the carbon gets sequestered and removed from the atmosphere.

“If we use algae in these long-lived structural materials, then we have the potential to be carbon negative, and part of the solution to climate change,” Greene said.

The environmental impact of animal agriculture

Environmental experts have long warned that continuing animal agriculture and fisheries production to meet the growing population’s needs is unsustainable and has negative impacts on climate, land use, freshwater resources, and biodiversity.

One study estimated that meat production is responsible for 57 percent greenhouse gas emissions, twice as much as growing and processing plants for food. The use of cows, pigs, chickens, and other animals for food, as well as growing plants used to feed farmed animals bound for slaughter, is responsible for the vast majority of all food production emissions, the study found.

Last year, the United Nations Intergovernmental Panel on Climate Change published a report that warned that human activity is “unequivocally” responsible for climate change, and humanity has only a few years left to keep the planet from warming 1.5°C past post-industrial levels. Oddly, though, food production has been mostly absent from nearly three decades of climate strategy discussion during the annual United Nations Climate Change Conference.

That changes with this year’s 27th session of the Conference of the Parties (COP27) to the United Nations Framework Convention on Climate Change, which takes place next month. The conference will have a dedicated Food Systems Pavilion—representing the first time that food production and food-related climate solutions will be on the COP agenda.

The Pavilion will be co-hosted by nine organizations, including United States-based nonprofit Good Food Institute (GFI), which will urge global governments to explore meat alternatives—both from plant-based and cell-based sources—as food solutions to the climate crisis.

“Until now, food and agriculture have been absent from COP, despite their significant climate impacts. With the inclusion of the first-ever Food Systems Pavilion at COP27, food and food-based solutions will be squarely on the agenda in global climate negotiations,” Maia Keerie, GFI’s Media and Communications Manager, tells VegNews.

Keerie says that the benefits of alternative proteins should be on every government’s radar. “GFI will be at COP27 encouraging national governments to include alternative proteins in their national climate plans as a key food-based solution—a solution that also does away with the need for antibiotics in meat production and eliminates meat’s contribution to pandemic risk.”