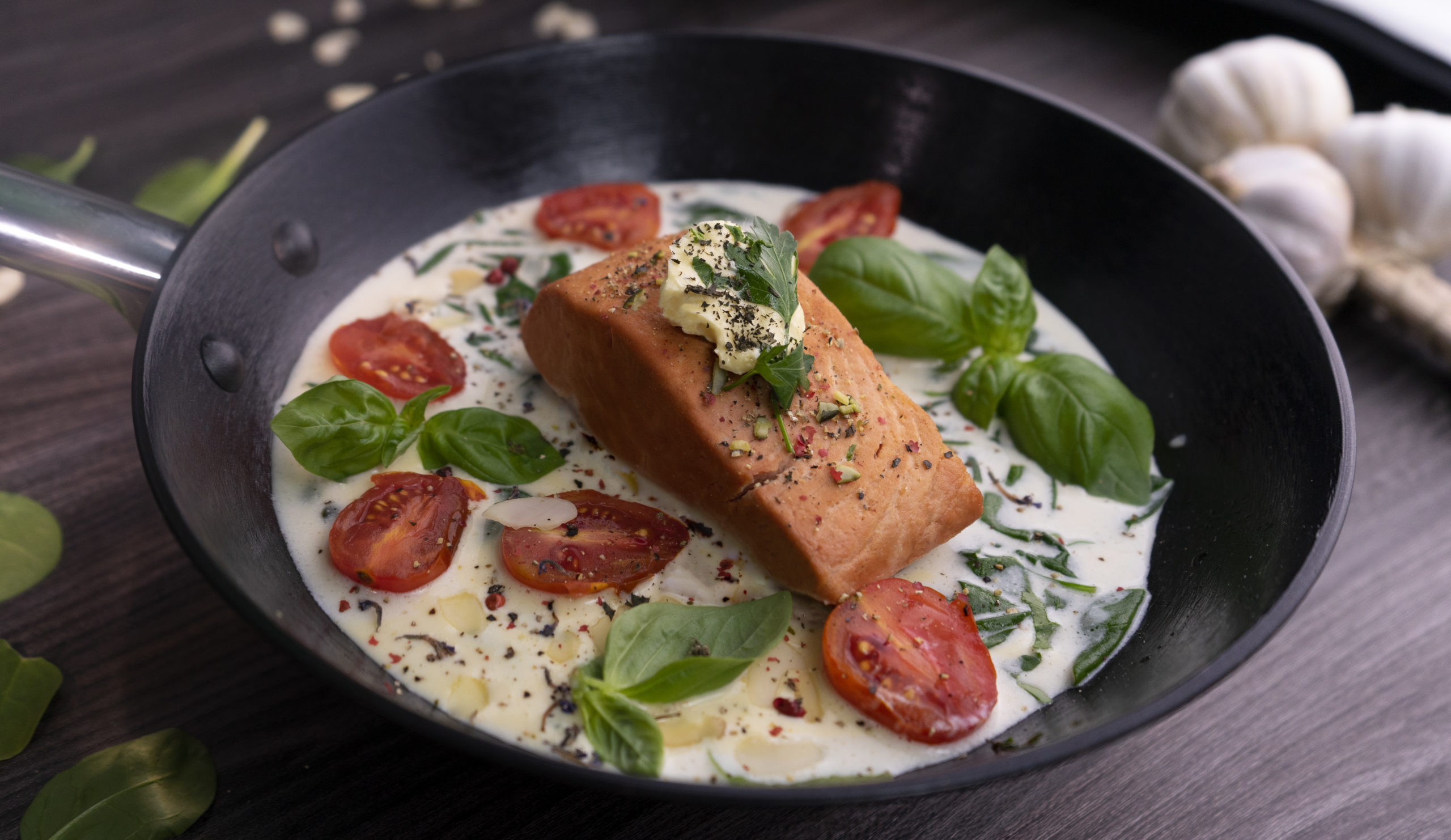 Austrian foodtech startup Revo Foods has secured a €2.2 million grant from the Austrian Research Promotion Agency. The equity-free award was granted to help Revo continue its 3D printed seafood developments. It comes as the company unveiled its first whole-cut analogue during a public tasting event held in Vienna last month.

Revo’s plant-based salmon fillet was prepared for a panel of 10 tasters by a Michelin-starred chef. Feedback has been described as overwhelmingly positive, with some tasters questioning the vegan status of the dish. The texture was particularly lauded. Current commercial plans have early 2023 earmarked as a lunch date for the fillets.

Revo already has plant-based seafood analogues in the market. Its smoked salmon products are available in 16 European countries, including the U.K., where it launched last month. The smoked developments were created specifically to appeal to those who enjoy the taste of salmon, but not the downsides, including heavy metals ingestion. Now, the startup is hoping to appeal to more meat-eaters and pescatarians than ever before, with a whole salmon fillet. The plant-based fillet has been created using a blend of plant proteins, including pea and algae. It will be suitable for cooking in the same ways as conventional fish, including steaming, frying, and baking. Using its 3D technology, Revo has sought to recreate the flaky texture and meaty composition of salmon. “It’s all about structure and creating the perfect bite,” Robin Simsa, CEO of Revo Foods said in a statement. The startup notes that first-generation plant-based products often fall short when it comes to texture. The next phase of innovations is seeking to faithfully recreate the entire eating experience, down to nutritional benefits. Revo’s fillet is marketed as being high in protein and omega-3 fatty acids.

Revo aims to be a go-to for the growing European flexitarian market. With more than 20 percent of the population identifying as flexitarian, demand for new products is all but guaranteed. To move more people towards a meat-free or meat-reduced lifestyle, authentic alternatives to favourite dishes will be essential. Perceived as a healthy source of protein, Salmon is popular with meat-eaters that want to substitute environmentally heavy alternatives, such as beef. However, an increase in conventional seafood consumption is having a devastating effect on marine ecosystems and putting diners at risk of consuming toxins. Fish meat commonly contains heavy metals, microplastics and antibiotics, leaving a gap open for alternative protein companies to develop plant-based seafood options.

The ebb and flow of vegan seafood alternatives

Plant-based seafood is taking off, with large companies and small startups all looking to get a piece of the action. Earlier this month, Birds Eye announced that it had added a vegan version of its bestselling battered fish fillets to its Green Cuisine range. It comes after a successful launch of fishless fingers in 2021. In the realistic fillet arena, competition is hotting up. Israel’s Plantish unveiled its hyper-realistic salmon analogue at the start of the year, before going on to scoop $12.45 million to scale and bring it to market. The startup chose to focus on whole-cuts as it has identified that more than 70 percent of all fish eaten globally is consumed in this format. It uses patent-pending technology to create the fillets in layers, with muscle, fat and connective tissue alternatives developed to replicate the mouthfeel of conventional salmon. Chilean unicorn foodtech NotCo has made its intentions to replicate salmon known. It comes as overfishing in the country has caused enormous environmental damage. Tuna is slated to be developed at the same time, with both anticipated to be released as whole-cut products.

All photos by Revo Foods.