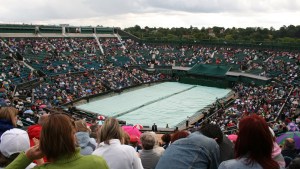 A plant-based food start-up has secured deals with renowned sporting and entertainment venues including Wimbledon, Chelsea Football Club, and the O2 Arena.

Manchester-based Herblabism won the contract with caterers Levy UK + 1 after a successful run at COP26.

There, the company provided more than 125,000 dishes. Meatless items accounted for 60 percent of sales, and now it’s bringing on board Herblabism’s vegan burgers and sausages to the London stadiums.

The partnership comes after Levy + 1 and Herblabism worked together at COP26. This included selling 7,500 Herblabism mushrooms burgers and 6,000 plant-based sausages, according to BusinessLive.

Both were developed alongside Levy’s culinary director James Buckley.

Buckley said: “Collaborating with an exciting and innovative plant-based start-up like Herblabism, which shares the same sustainable vision as Levy, is a great way for us to drive food innovation and change behaviors across the entire food supply chain.

“This is something which we clearly demonstrated through our meat-free COP26 menus,” the news outlet reported.

In the months before the summit, many made calls for an entirely plant-based menu due to the wealth of studies outlining animal agriculture’s detrimental impact on the climate crisis.

Part of the organization’s work involved lobbying COP26 to endorse a plant-based extension of the Paris Agreement.