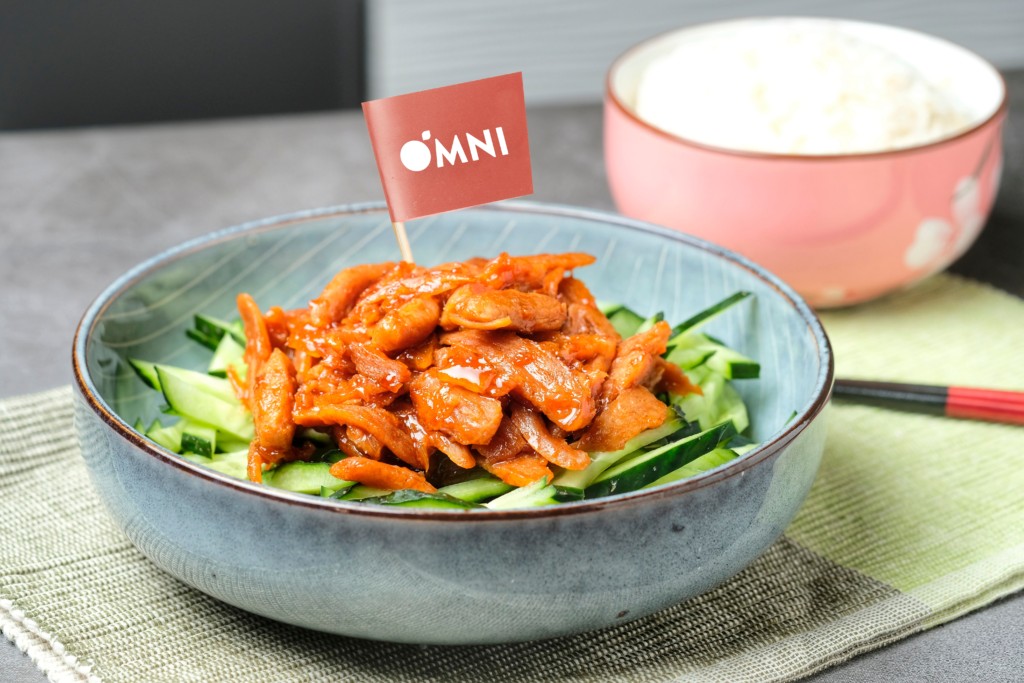 The innovative OmniFoods has brought its highly versatile 100% plant-based pork alternative across the UK, continuing its momentous global expansion. The all-purpose OmniPork series incredible popularity is a credit to its tender and juicy texture, as well as its culinary potential, it can be seasoned, steamed, pan- or deep-fried, stuffed, or crumbled to create delicious additions to sandwiches, burgers, pasta sauce, banh mi, sushi, dumplings, spring rolls, fried rice, noodle bowls, and more.

“After the successful launch in the U.S. and Australia, we are thrilled to announce that OmniFoods is officially arriving in Sainsbury’s in the UK. Together with our many restaurant partners, we believe we are bringing a whole new dimension of plant-based offerings that will accelerate the movement.” said David Yeung, founder and CEO of Green Monday Holdings and OmniFoods.

After a recent launch with a series of popular restaurant partnerships across the UK, as well as available through Ocado and selected supermarkets, OmniFoods has attracted wide attention on social media @omnifoods.uk from people who appreciate the impact that food has on health, animals, and the world.