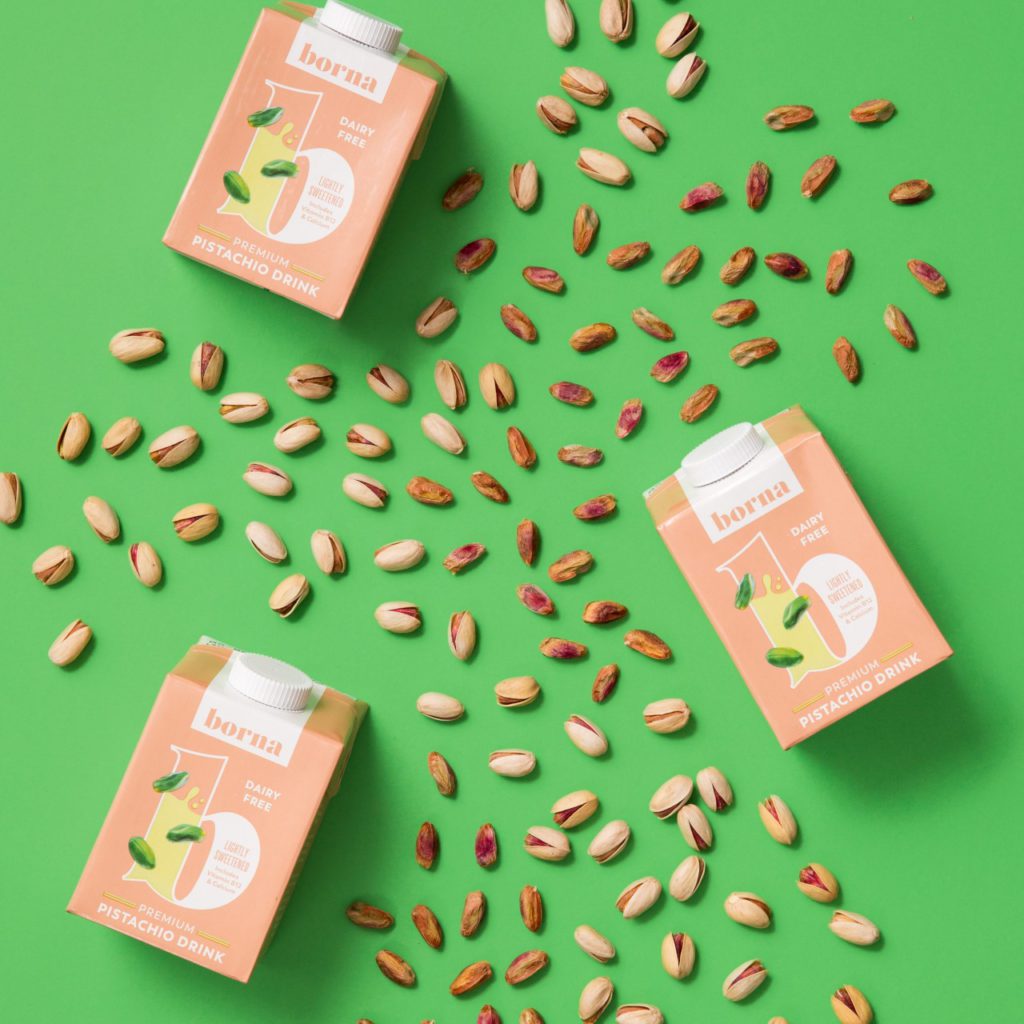 The free-from milk category is indisputably thriving (£536 million, up 14.2%), with more than one-fifth of customers abandoning cow milk due to rising health, ethical, and environmental concerns.

However, when you dig a little deeper, it’s evident that oat milk has remained the king of the plant-based milk world, outstripping its competitor. For this, credits can be given to Oatly and its witty ‘pack chat’ leaving lactose-free soya and traditional nut milks in its wake.

Furthermore, while almond and cashew milks remain stagnant, Borna Foods has focused their efforts on bringing the king of nuts, the glorious pistachio, to the breakfast table, courtesy of lightly sweetened & unsweetened pistachio milks (500ml) with added B12 and calcium (from natural sources).

Although historically regarded as too expensive for the UK’s increasingly avant-garde alternative milk scene, it became clear that nut milks needed to pin their hopes on a nut brimming with gastronomic allure, to create a dense, velvety-textured nut drink that’s low in calories but high in fiber and good nutrition, to return to the dizzy heights of yesteryear.

Borna Food’s Pistachio milks are banking on the company’s proud health food wholesaler background to regain the alternative milk fixtures of large mults, food halls, and discerning independent stores, having recently made their debut on Amazon and Ocado.

Borna Foods, a proud London-based producer, is also a strong supporter of the Felix initiative, which works diligently to alleviate hunger in the city.

The post Pistachio milk – The new milk on the block appeared first on The Vegan Review.