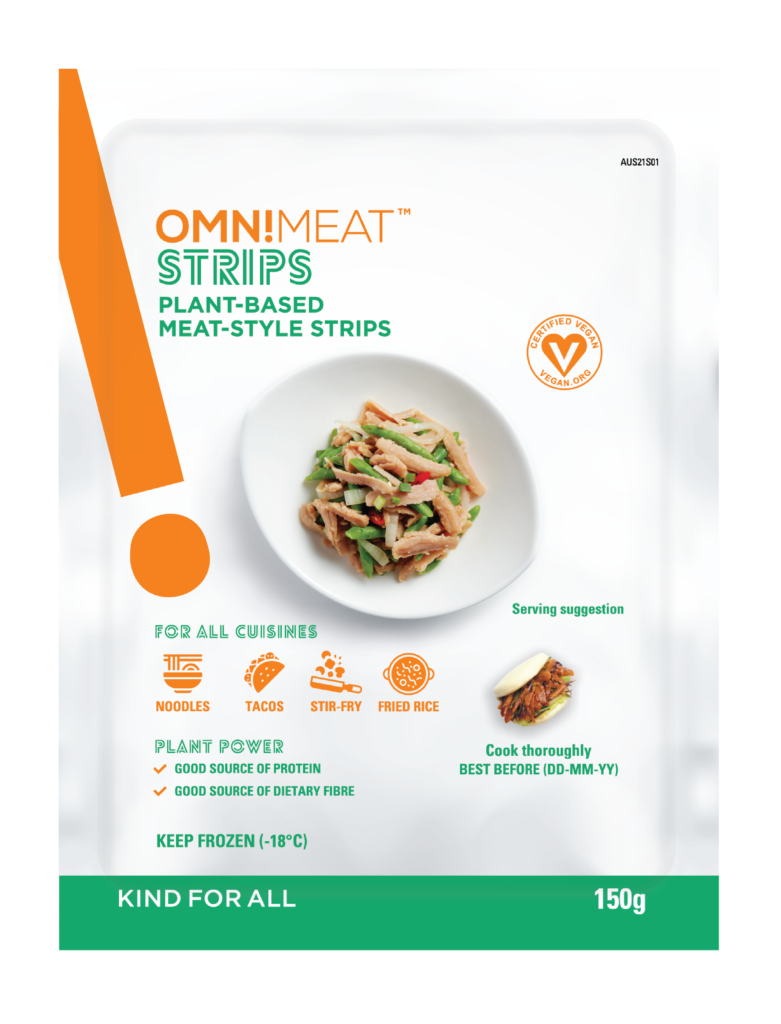 Following a successful launch of other plant-based alternatives in international markets, the range is made using a blend of plant-based protein from non-GMO soy, pea, shiitake mushrooms, and rice. All products are cruelty-free, vegan friendly, and free of antibiotics and hormones.

The OmniMeat Luncheon is the first of its kind globally and a healthier alternative compared to other processed meat products. The Luncheon is rich in protein and provides dietary fibre, potassium, and calcium without any cholesterol, while the Mince offers 12.2g of protein and 3.8g of dietary fibre per serve.

Research shows that more than half of Aussies (60%) have tried or are interested in trying the new generation of plant-based meat products, with one in three consciously limiting their meat consumption . 20% of meat eaters also said they had reduced their 1 meat consumption, showing that green eating has garnered increasing awareness and becoming part of Aussies’ daily lives.

David Yeung, Founder and CEO of OmniFoods and Green Monday Group, said: “Another milestone for OmniFoods to be omnipresent! After the successful launch in the U.S. and U.K., we are thrilled to announce that OmniFoods is officially arriving in Woolworths, Australia. We believe we are bringing a whole new dimension of plant-based offerings that will accelerate the movement. Can’t wait to see the mouthwatering recipes and creations from our Aussie friends!”

The monumental Australian launch comes after a successful 2018 UK expansion across Ocado, TheVeganKind and Sainsbury this year, and most recently, into select Whole Foods Markets and all Sprouts Farmers Markets in the US.

The versatile OmniMeat series can be easily seasoned, steamed, pan- or deep-fried, stuffed, or crumbled to create a vegan alternative to everyday Aussie favourite meals such as burgers, pasta sauces, dumplings and more.

For more information on OmniFoods, the OmniMeat range and recipe inspiration to try at home, visit omnifoods.co/au.