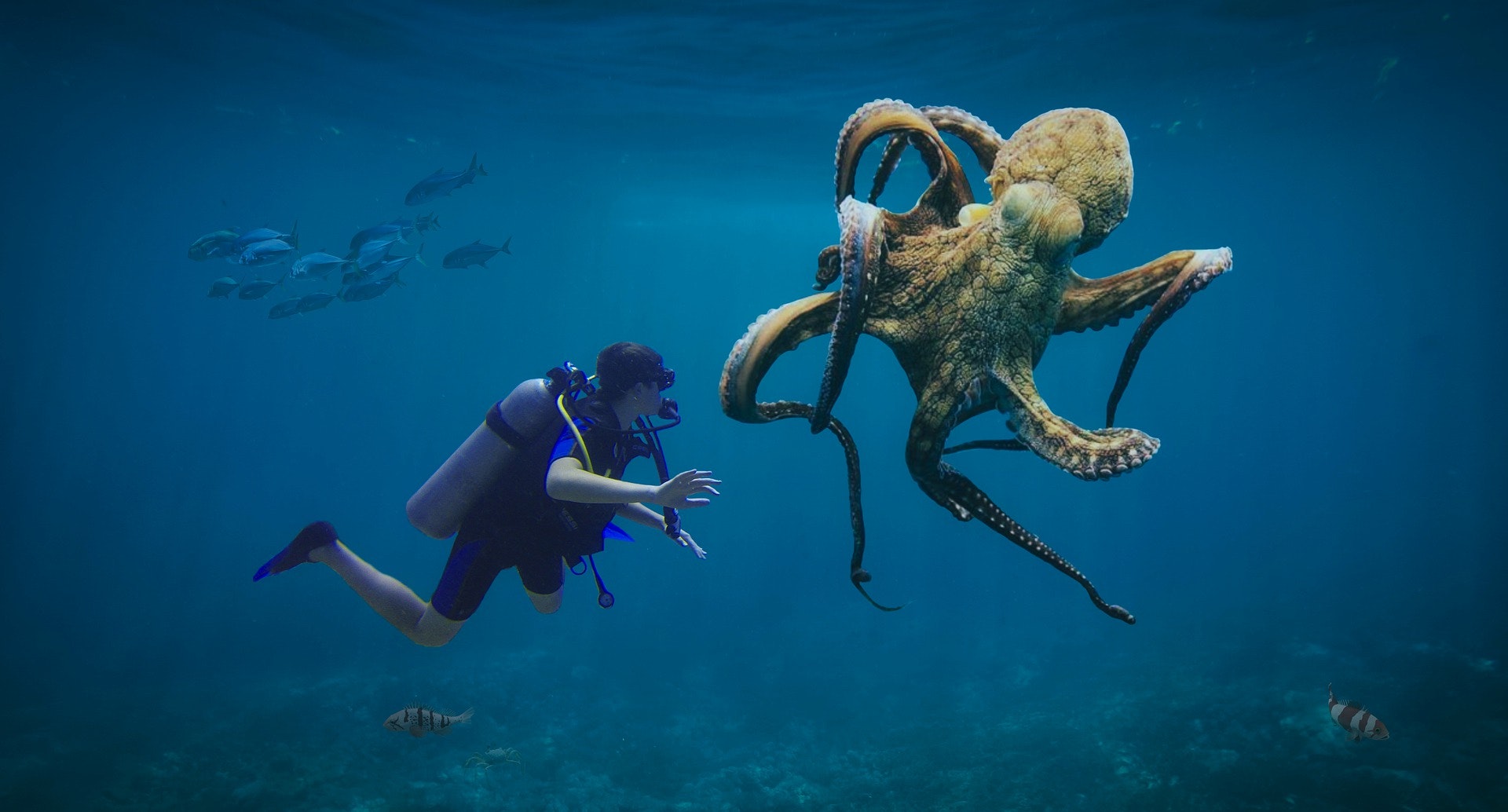 Does a lobster feel pain when you pop it in a pot? The UK government asked us to find out.

We were commissioned to find out the likelihood of sentience – the capacity to have feelings, such as pain and pleasure – in two groups of invertebrate animals: the cephalopod molluscs (including octopuses, cuttlefishes and squids) and decapod crustaceans (including lobsters, crabs and prawns). We found strong and diverse evidence of sentience in both. And our recent report, which reviewed over 300 scientific studies, led to the UK government’s decision to legally recognise all of these animals as sentient beings.

You may wonder how we find out if an animal can feel pain. It’s tempting to think we only need to look at whether they try to avoid or escape being injured. However, after touching a hot stove, humans withdraw their hand before feeling the burn. Hand withdrawal is an unconscious reflex. Perhaps other animals only respond reflexively to injury, without experiencing pain.

For our investigation, we used eight scientific criteria for determining sentience.

The first four addressed whether the animal’s nervous system could support sentience. We wanted to find out whether it can detect harmful stimuli and transmit those signals to the brain. And also whether the signals were processed in integrative brain regions - parts of the brain that bring together information from many sources. Finally, it was important to understand whether anaesthetic or painkillers changed the nervous system response.

Our four remaining criteria focused on the animal’s behaviour. Could they trade-off risks of injury against opportunities for a reward? Did individuals tend to the specific site of an injury, and could they learn to avoid stimuli associated with injury, for example? We also investigated whether they valued anaesthetics or painkillers when injured. This behaviour, which distinguishes rigid and reflex reactions to injury, such as withdrawing a burnt hand, from flexible responses, is taken to be evidence of pain.

Individually, none of our criteria proves that a creature is sentient. But the more criteria it meets, the more likely sentience becomes.

We found the strongest evidence for sentience in cephalopods. Octopuses were the stars. With around 170 million brain cells, they have higher brain-to-body ratios than most reptiles and fish. This allows octopuses to perform remarkable feats of learning and memory.

Octopuses also behave in ways that point strongly to experiences of pain. For example, in a recent study, they were given three chambers to explore. Injection with acetic acid in their initially preferred chamber led to octopuses avoiding that chamber from then on. Injured octopuses learned to prefer an alternative chamber, where local anaesthetic was available. This anaesthetic silenced nerve activity between the injury site and the brain. Similar findings in mammals are taken to indicate the subjective experience of pain.

Decapods also displayed compelling signs of sentience. For instance, one high-profile study allowed crayfish to explore a cross-shaped tank. Two arms of the cross were illuminated, whereas the other two were shaded. In the wild, crayfish use dark shelters to hide from predators, so time spent in the shaded arms was taken to measure anxiety-like behaviour. Exposure to an electric field caused crayfish to avoid the light arms. Administering an anti-anxiety drug reversed the effect. These findings reveal that crayfish have mental states with similar brain mechanisms and behaviour to anxiety.

Despite striking evidence for sentience in some well-studied species, there are 750 cephalopod species and 15,000 decapod species – more than double the total number of mammal species. Most individual species have never been studied in detail.

But sentience has never been studied in most individual vertebrate species either. With vertebrates, it is usually accepted that we can make reasonable generalisations from laboratory species – such as rats and zebrafish – to other species.

Invertebrates should be treated in the same way as vertebrates. That means protecting under-studied animals if it is reasonable to generalise from strong evidence in a better-studied species. This principle led us to recommend extending protection to all cephalopod molluscs and all decapod crustaceans.

Recognising these animals as sentient is undoubtedly a step forward for UK animal welfare law, which currently applies almost exclusively to vertebrates. Some other countries, such as New Zealand, Norway and Sweden, have already given invertebrates legal protection. These cover issues such as the storage and slaughter of decapods in the food industry.

But in the UK, current industry practices will not be affected as the new bill does not apply to existing law. That means that procedures like boiling lobsters, asphyxiating octopuses and dismembering crabs will still continue.

We hope our report begins a wider conversation about how these animals can be treated humanely so we can minimise their pain and suffering. Many techniques, such as electrical stunning and rapid slaughter, are already informally considered best practice. Encouraging and enforcing best practice could protect producers against the erosion of standards, and reassure consumers that their expectations of high welfare standards are being met.

Andrew Crump receives funding from the European Research Council (ERC) under the European Union’s Horizon 2020 research and innovation programme, Grant Number 851145. He is affiliated with the Animal Welfare Research Network, Association for the Study of Animal Behaviour, and Universities Federation for Animal Welfare.

Alexandra Schnell does not work for, consult, own shares in or receive funding from any company or organization that would benefit from this article, and has disclosed no relevant affiliations beyond their academic appointment.