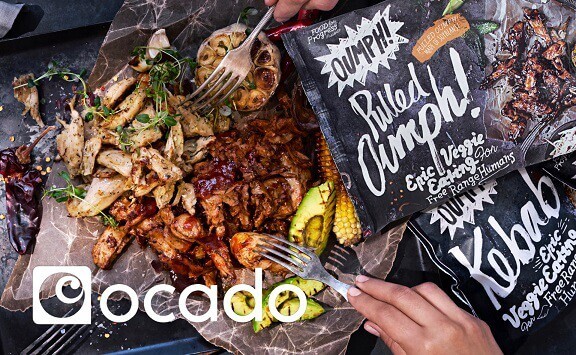 Vegan sales at Ocado rose by 34% last month compared to January 2021, the British online supermarket has reported. Due to the Veganuary campaign, there was also a 41% spike in plant-based sales versus December 2021.

Compared to the same month last year, plant milk and egg alternative sales rose by a huge 51% and 58% respectively this January. Vegan cheese sales increased by 24%, while dairy sales declined by 9% compared to December as consumers tried plant-based alternatives for Veganuary. Meanwhile, interest in alt-protein products surged, with vegan burger sales rising by 79% and seafood alternatives by 75%.

Ocado is not the only UK retailer to recently see a spike in plant-based sales — Aldi UK saw a 500% rise during Veganuary, while Amazon UK has reported a 61% YOY increase.

Oat milk was by far the most popular milk alternative, with three varieties of Oatly in the top five. Alpro almond milk was the next most popular, with soy milk not even making the top ten.

For egg alternatives, Oggs’ aquafaba had the most sales, while Green & Blacks 85% dark chocolate topped the list of plant-based confectionery.

“With Brits looking to eat more sustainably, the growth of the Veganuary trend emphasises appetite to embrace an alternative diet,” said Laura Harricks, chief customer officer at Ocado Retail. “With thousands of vegan products available on Ocado.com, and a wider range than any other supermarket, we’re always on hand to support the nation’s dietary preferences, in January and beyond!”