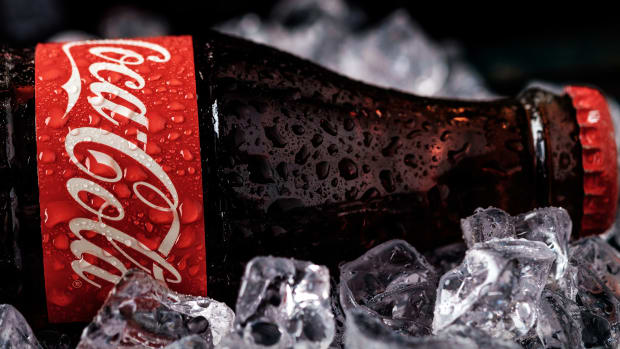 Norwegian Cruise Line has very quietly done something that will delight many, or even most, of its customers, while it makes a few mad.

Cruise lines, and any business that offers food and drink, must make some choices that have the potential to anger customers.

If, for example, a coffee chain decides to stop stocking 2% milk because people tend to order whole, skim, or plant-based milk, that might be the right thing for its bottom line but it'll upset a small subset of customers.

Most choices are not absolute. You add oat milk without dropping another milk or decide to offer Splenda without getting rid of another sugar choice.

While nothing legally requires a company to make this an either/or decision, logistics (and almost certainly incentives) force most places that serve beverages to pick between Coca-Cola (KO) - Get Coca-Cola Company (The) Report and PepsiCo (PEP) - Get PepsiCo Inc. Report products,

The choice of which beverages to carry plays a bigger role on a cruise ship than it does in a land-based restaurant.

If you ask for a Coke at an eatery on land and the server asks, "will Pepsi be okay?" you can say no thank you and later get your soda of choice someplace else.

On a cruise ship, it's not that simple. Drinks are an important part of the overall experience (at least to people who buy a drink package), and you can't get an alternative to what's being offered onboard except when you're in port.

On Royal Caribbean, Carnival, and Norwegian, soda (with some rare exceptions) is an extra-fee item. You can opt for a package that includes unlimited soda, or buy drinks a la carte, but your basic cruise fare in most cases does not include anything beyond tap water, basic coffee, tea, and usually lemonade or iced tea.

If you get a drink package, however, you get access to unlimited soda. Royal Caribbean offers Coca-Cola products and people with a drink package get a special cup that allows them to access the beverage company's Freestyle machines, which allow for all sorts of flavor customizations.

Carnival offers Pepsi products, a decision the cruise line outlined on its website.

"The growth in the beverage industry has moved rather rapidly to incorporate juices, tea, coffee, flavored, enhanced and sparkling water, low calorie and low sugar options," the cruise line said.

"As we look for more ways for Carnival guests to Choose Fun, we also want to give our guests more beverages to choose -- and after a careful evaluation, we concluded that PepsiCo offers both a wider variety, as well as many leading popular beverage brands."

Until recently, Norwegian was also a Pepsi customer, but with the debut of its new Prima -- the first of a new class of ships focused on offering a higher-end experience -- the cruise line has quietly made a change.

On the weekend of Aug. 27 Prima was christened in Iceland with its "godmother," Katy Perry, showing up along with Coca-Cola's polar bear mascot. And while no official announcement has taken place, Cruise Industry News reported that the cruise line made a big change.

"Norwegian Cruise Line switched to Pepsi products more than a decade ago, and now Coca-Cola is not only back on the line’s newest and most innovative ship, but should be fleetwide by the end of the year," sources familiar with the situation told the website.

"Crews aboard the company’s other ships are said to be switching out soda fountains and bar equipment for the new contract."

While Coke may be broadly more popular than Pepsi, this move will almost certainly make some customers -- the ones who have a favorite Pepsi product with no Coca-Cola equivalent -- angry.

That's a risk, to a point, as few passengers are likely to enjoy or not enjoy their cruise based on the soda offered onboard.

(Granted, you wouldn't know that from the few who raise a fuss when any change happens onboard or supply-chain issues cause a favored brand to be out of stock.)