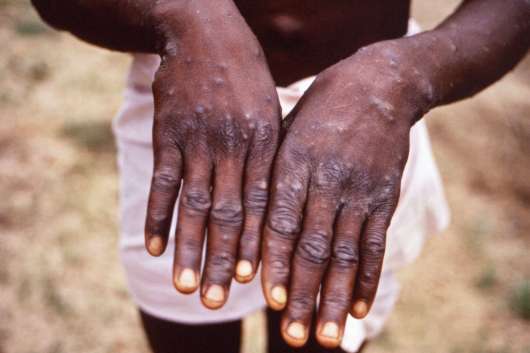 The UK’s National Health Service (NHS) has cautioned those who eat meat to choose and prepare their food carefully, as monkeypox cases climb in England.

Monkeypox is a rare infection that typically manifests as a rash, which develops into fluid-filled blisters. The rash is often preceded by symptoms such as a high temperature, headaches, muscle aches, backaches, swollen glands, shivering, and/or exhaustion.

It usually takes between five and 21 days for the first symptom to appear after infection.

Monkeypox in the UK

Monkeypox is typically found in Africa, but more than 130 cases have now been discovered in 19 countries outside of the continent, cropping up in Europe, the US, Canada, and Australia.

There are now 71 confirmed cases of monkeypox in the UK – 70 in England and one in Scotland, according to the UK Health Security Agency (UKHSA).

Last week, on May 16, there were just seven confirmed cases in the UK.

According to news outlet i, the recent outbreak is the first time person-to-person transmission of monkeypox has occurred in the UK.

But officials have assured that while the number of cases is “unusual,” the illness is usually mild, clearing up in two to four weeks.

The government has ordered more than 20,000 vaccine doses as a precaution, i reports.

How do you catch monkeypox?

Monkeypox is predominantly spread by wild animals – namely rats, mice, and squirrels – in west and central Africa. A human can catch the disease if they are bitten by an infected animal, or if they come into contact with infected blood, body fluids, blisters, or scabs.

You can also catch monkeypox by eating undercooked meat from an infected animal, according to the NHS, or by handling infected “products” like animal skin and fur.

Touching clothing, bedding, or towels used by anyone with the monkeypox rash also raises the risk of infection. The coughs and sneezes of an infected individual can spread the disease too.

How to avoid getting monkeypox

To lower the risk of contracting monkeypox, the NHS advises people to “only eat meat that has been cooked thoroughly.” Individuals should also not eat or touch bushmeat (the flesh of wild animals).

Washing your hands regularly with soap and water, or using an alcohol-based hand sanitizer, can also protect against the infection.

The NHS has urged people to stay away from wild or stray animals, animals that look unwell, and dead animals.

Additionally, the organization stresses the importance of maintaining distance from people who are unwell and may have monkeypox, including not sharing bedding or towels.

Those who have monkeypox are advised to self-isolate, and stay away from pets.

Dr. Susan Hopkins, chief medical adviser for the UKHSA, said: “If anyone suspects they might have rashes or lesions on any part of their body, particularly if they have recently had a new sexual partner, they should limit their contact with others and contact NHS 111 or their local sexual health service as soon as possible, though please phone ahead before attending in person.”

The post NHS Issues Advice To Meat-Eaters Amid Outbreak Of Monkeypox appeared first on Plant Based News.