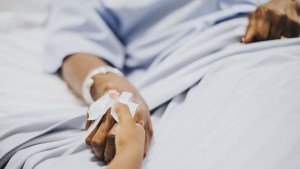 A national shift in diet towards plant-based food could save the UK’s NHS billions, a medical professional has advised.

Dr Shireen Kassam, a consultant haematologist and honorary senior lecturer at King’s College Hospital in London, believes the NHS could save more than £30 billion if the country went vegan.

Based on 2019 figures, the UK forks out more than £225 billion a year for medical spending, Metro notes.

The true cost of meat consumption

Diet-related illnesses are at an all-time high, Kassam explained to the outlet, placing avoidable pressure on the UK’s health system.

The lifestyle physician highlighted a newly published Taiwanese study, which found that vegetarians have a lower rate of outpatient doctor visits.

As a result, vegetarian individuals were responsible for 15 percent lower medical expenditure compared to meat-eaters.

This was especially true for chronic illnesses like heart disease and high blood pressure, as well as depression.

Researchers said this “significantly lower” expenditure should be considered when developing strategies to reduce medical spending. This is in order to “alleviate the medical-economic burden in selected populations.”

A plant-based diet is often pushed as a more sustainable alternative to meat-eating. As a result, a rapidly increasing number of people are going vegan for environmental reasons.

But the link between diet and disease should not be left out of the conversation, Kassam told Metro. “The climate crisis really is a health crisis and we can’t detach the two,” the physician said.

“Moving towards a plant-based food system is clearly one of the biggest impacts we can have [on the environment], but I think people forget it’s a personal health issue too,” she added.

It’s “well borne out in scientific literature” that animal-free diets lower the risk of various health issues, like obesity, and most of these “need not occur,” Kassam said. “Our everyday work is preventable chronic illness.”

“Almost 80 percent of what we do is dedicated to diet and lifestyle-related illnesses that need not occur … and then you’d be left with accidents and emergencies.

“We’re living 12 years on average in ill health, which requires use of healthcare, and social care.”

The physician continued: “We know that a vegan or vegetarian diet reduces the incidence of heart disease by about 25 percent and type two diabetes by over 50 percent. Vegans have a 15 percent reduction in cancer incidence as well.

“You’re much more likely to have normal cholesterol on a vegan diet. Reducing incidence of chronic disease has the knock on effect of usage of healthcare, going to the doctor and medications.”

Some insurance companies are clocking onto the connection too. HealthIQ – licensed in all 50 US states – lowered the price of life insurance for vegans, citing similar figures to above.

Further, the insurance company pointed out that vegans are 63 percent less likely to suffer from hypertension than meat-eaters. Hypertension is the chief contributor to heart attacks.

Moreover, on its website, HealthIQ highlights a 2013 study which concluded that vegans have a 15 percent lower risk of all-cause mortality.

A nation-wide shift would need the input of every sector, including supermarkets, farmers, advertisers, and policy makers, Kassam explained.

But the “impact of personal change” should not be ignored. We could all have our last chicken meal, and never eat meat again and nothing [bad] would happen to us,” the doctor maintained.

Kassam noted that many people’s diets, vegan or omnivorous, can be too reliant on heavily processed foods.

“A healthy vegan diet is centring your diet around whole plant foods. That’s fruits, vegetables, wholegrains, beans, nuts and seeds, mainly water for thirst but tea and coffee is fine if you enjoy it,” she explained. A variety of herbs and spices is also important, Kassam added.

“And that’s obviously in contrast to the usual sort of British way of eating, which has become a processed to ultra-processed diet.”

The post NHS Could ‘Save’ Over £30 Billion If The UK Went Vegan, Says Doctor appeared first on Plant Based News.