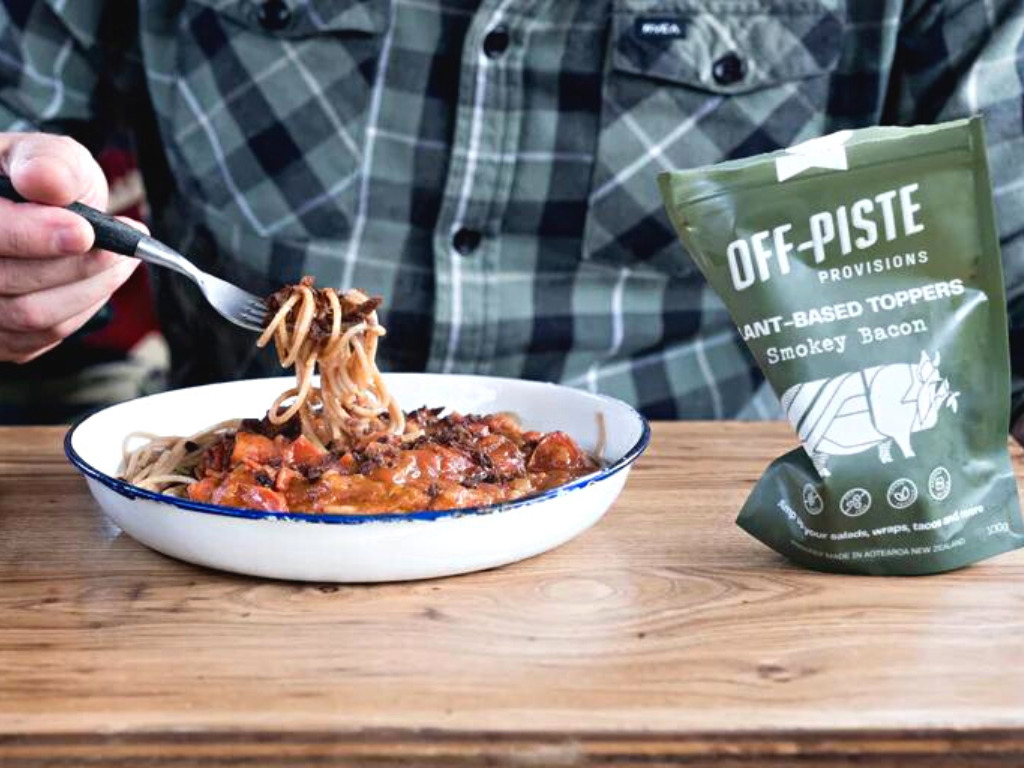 In a bid to bring more sustainability to New Zealand’s food system, the country’s Off-Piste Provisions is collaborating with food tech experts to produce plant-based protein from fermented agricultural byproducts.

The company has partnered with a Singapore-based team led by Professor William Chen, Director of Food Science and Technology (FST) program at Singapore’s Nanyang Technological University.

“It’s quite the coup to have aligned ourselves with Professor Chen and his team at NTU,” Off-Piste Provisions founder and CEO, Jade Gray, said in a statement. “They have an impressive, proven record in the space, and their flexible, driven, pragmatic approach makes them an ideal fit for us.”

Professor Chen says the technology he and his team are developing can produce a healthier, better-tasting, and more sustainable vegan meat alternative.

“The fungi used to cultivate the product is grown from a base of nutrient-rich common food waste which infuses the mushroom root with more essential nutrients such as protein, iron, and amino acids. This makes it more nutritious than ingredients commonly used in plant-based alternative meat products, such as peas, chickpeas, wheat gluten, and soy,” he says.

“[A]ll of these currently unwanted waste carbohydrate products can potentially be used as a base product for high-value protein products which require less energy and less water to make and result in a lower carbon footprint,” says Gray.

“Upcycling these products to cultivate fungi is an opportunity to enhance processing efficiency in the food supply chain as well as potentially promoting a healthier, plant-based protein alternative to enrich diets.”

According to Professor Chen, about 39 million tons of spent grains are sent to landfills where they produce greenhouse gas emissions.

“What’s more, New Zealand’s Ministry for the Environment estimates that total global rate of food waste is around 1.3 billion tonnes per year—around one-third of all the food we produce,” Gray says. “If we can redirect even a small proportion of our current waste back into the production stream, it’s going to have a positive impact in extending the useful life of products and materials and regenerating natural systems.”

The partnership builds on Off-Piste’s proprietary pea and fava bean technology that was developed with Massey University, Callaghan Innovation, and the Ministry for Primary Industries.

“In order to entice the most hardcore of carnivores we need to tick all the health-conscious boxes, which we are achieving by providing products that taste great and contain sufficient essential nutrients such as iron and protein.,” Gray says.