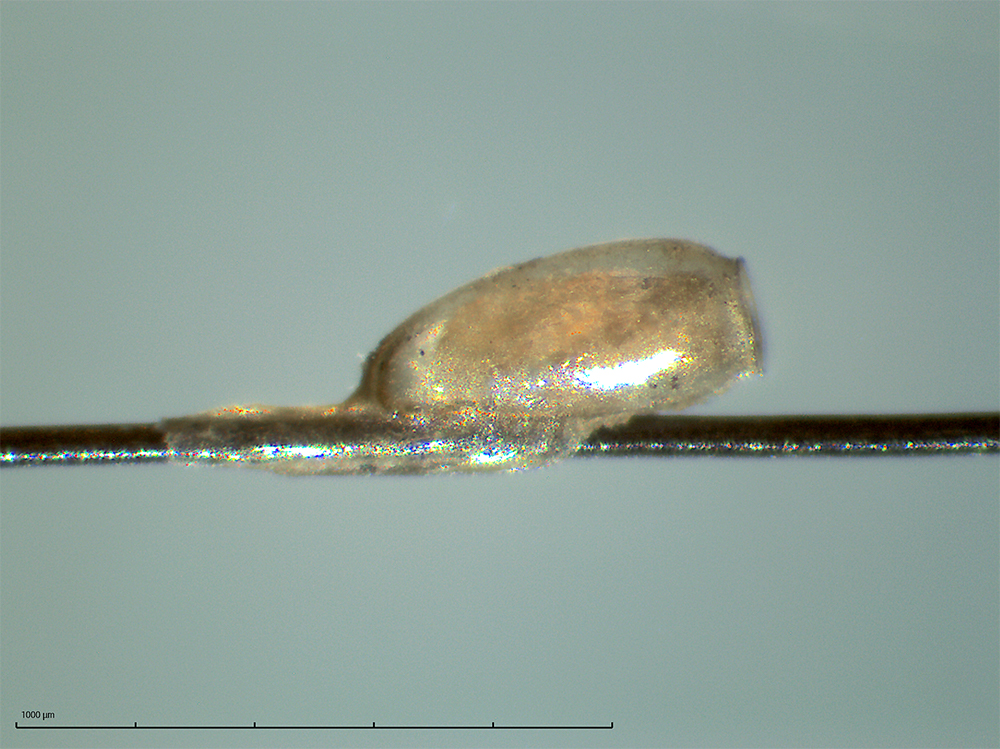 The famous insect biologist, Edward O. Wilson, who died this week once said, “There is a need for a discipline of anthropological genetics.” Indeed, in the past few decades, the growing efficiency and economy of sequencing technology has driven scientists to unravel mysteries from clues buried in ancient genomes.

Whether extracting DNA from hair balls lodged in the arctic permafrost, or fossils of the woolly mammoth, ethical and curatorial reasons are making it increasingly difficult to obtain DNA samples from ancient remains.

A new study on nearly 2,000-year-old Argentinian mummies shows ancient human DNA protected by the cement that head lice use to glue their eggs on hair (nits), can be extracted for genomic analyses.

Alejandra Perotti, PhD, senior author of the article and associate professor of invertebrate biology and head of the ancient DNA and forensic acarology lab at the University of Reading said, “A new source of high-quality ancient DNA has been found. It is a nondestructive sampling method because it prevents harvesting of bones or teeth, or the destruction of unique ancient specimens. We genetically characterize the host from cells trapped in the nit cement. Most well-preserved specimens have hair nits. And you only need a few nits. In a way, it’s like the fictional story of mosquitos encased in amber in the film Jurassic Park, carrying the DNA of the dinosaur host.”

Genome-wide analyses of human DNA isolated through this new technique revealed genetic relationships that indicate this population migrated from northwest Amazonia to the Andes of central-west Argentina. The authors confirmed these findings by sequencing the mitochondrial DNA of the host lice. The researchers also studied ancient nits on human hair used in a textile from Chile and nits from a shrunken head originating from the ancient Jivaroan people of Amazonian Ecuador.

“The DNA of lice is also characterized and because these are specific to a host, in this case human, their evolutionary history mirrors that of the human host. You can reconstruct the evolutionary history of the host using lice,” said Perotti. “Also, the biology of lice informs of the health status of the host and helps understand the circumstances and the environment at the time before death.”

The position of the nits on the hair, the length of the cement tubes, and the biology of the nits provide clues on the host’s environment, health, and even their cause of death.

Through the analysis of ancient human DNA from skin cells trapped in the ectoparasite’s glue, the authors found genetic signatures of the Merkel Cell Polyomavirus. This is the earliest record of the cancer-producing virus.

Perotti, who has been working on human lice for many years and uses them to analyze crimes scenes in forensic investigations, said, “I found many nits in well-preserved specimens and wondered if by using lice and nits instead, we could gather information of ancient times. When investigating the DNA associated with ancient hair and nits it was a surprise to find that the cement, a natural substance secreted by the mother lice contains the best-preserved DNA over millennia.”

The study shows cells trapped in the cement from ectoparasitic lice can offer an alternative, nondestructive source of high-quality ancient DNA from a variety of species of hairy hosts where remains of bones and teeth are not available, revealing unknown details of their history.

“Demand for DNA samples from ancient human remains has grown in recent years as we seek to understand migration and diversity in ancient human populations. Headlice have accompanied humans throughout their entire existence, so this new method could open the door to a goldmine of information about our ancestors, while preserving unique specimens,” said Perotti.

Mikkel Pedersen, PhD, assistant professor at the GLOBE institute at the University of Copenhagen, and first author of the paper said, “It was striking to me that such small amounts [of DNA] could still give us all this information about who these people were, and how the lice related to other lice species, giving us hints to possible viral diseases.”

Perotti and her team intend to continue studying the contribution of host-specific parasites in archaeological contexts. Although declining to share her plans for future studies that might “give ideas to the competition,” Perotti wonders if lice may act as vectors for pathogens and provide data on the microbiota of ancient environs.