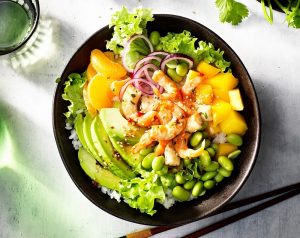 Nestlé is further expanding its plant-based food portfolio with the launch of plant-based alternatives to egg and shrimp.

Launched under Garden Gourmet vEGGie, the plant-based alternative to eggs is vegan, contains soy protein and omega-3 fatty acids and achieves a Nutri-Score A in Europe.

Nestlé said it can be scrambled like real eggs, used in a frittata and pancakes or even as an ingredient when baking cakes or cookies.

Additionally, Nestlé expanded its plant-based seafood offerings with the Garden Gourmet Vrimp. It is made from a combination of seaweed, peas and konjac root. It is a source of fibre and comes with a Nutri-Score B in Europe.

“Our new plant-based shrimp and egg alternatives have an authentic texture and flavour, as well as a favourable nutritional profile which makes them a good replacement for animal-based shrimp and eggs in a wide range of dishes,” said Stefan Palzer, Nestlé Chief Technology Officer.

Our longstanding expertise in plant, protein and nutritional sciences enabled our teams to develop these great innovations in under a year. As we speak our R&D teams are already preparing the next wave of plant-based launches.”

Both the Vrimp and vEGGie products were developed with proprietary technologies by R&D experts at Nestlé Research in Switzerland and the dedicated R&D Centre for culinary food in Germany.

They will now be introduced as a test-and-learn in a limited number of stores in Switzerland and Germany.