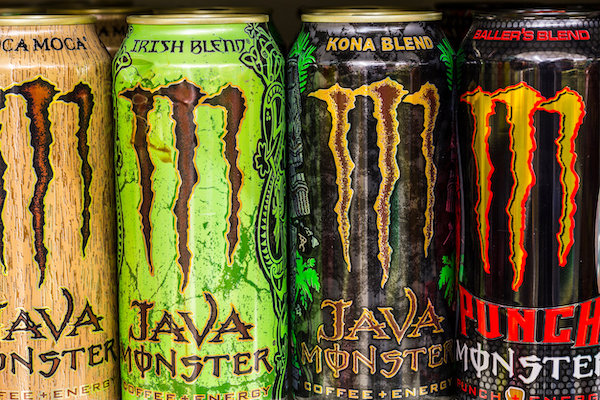 There has been recent chatter that energy drink maker Monster Beverage (MNST) is exploring a potential combination with Constellation Brands (STZ). This could look like either a merger of equals or the creation of a new joint venture to sell alcoholic beverages.

Monster develops, markets, and sells energy drinks to consumers around the world and operates under 39 different brands names. Its most popular brand is the company’s original Monster Energy drink, but it also sells other energy drink brands such as NOS, as well as flavored drinks, espresso drinks, iced teas, fruit beverages, coffee drinks, and sports drinks.

It has been estimated that U.S. wholesale sales for the alternative beverage market will surpass $60 billion this year. Coca-Cola (KO) is Monster’s largest customer/distributor, with all Coke-related subsidiaries making up over a third of MNST’s revenues.

Monster’s strategic partnership with Coca-Cola started in 2015, after Coke transferred ownership of its worldwide energy drink business in exchange for Monster’s non-energy drink business. The deal netted Monster $2.15 billion in cash, with Coca-Cola receiving newly issued shares of MNST common stock, accounting for approximately 17% of the outstanding shares at the time.

As far as earnings, MNST recently reported a third-quarter profit of $0.63 on revenue of $1.41 billion. Analysts were expecting a profit of 67 cents on sales of $1.39 billion. For the current quarter, Wall Street has penciled in a profit of $0.61 on revenue of $1.33 billion. For fiscal year 2022, estimates are at $2.94 per share on revenue just under $6 billion. The chart below shows MNST shares have been in a solid uptrend since bottoming at $80.92 at the beginning of the month. Near-term and key resistance is at $92 and the 200-day moving average. Continued closes above this level could signal another run towards $100, with the early August all-time high at $99.89. Support is at $90–$89 if shares fade from current levels.

For speculative traders who believe shares could trade to $100 by late January, or a potential deal could be announced, the MNST January 95 calls are currently trading for $1.50. This means one contract would cost $150 and would allow you to control 100 shares of MNST.

It remains unclear how MNST shares will react if and when this news is announced, or which company acquires the other. As far as coverage, there are 18 analysts who follow Monster, with four strong buy ratings, 10 buys, and four hold recommendations.

The alternative beverage market is rapidly evolving as new competition emerges and trends change among consumers. Given the increased competition, a creation of a joint venture selling alcohol could make sense for Monster and Constellation to garner incremental revenue opportunities.

How to Land a Double Up At Least Once a Month

I love double up trades. My goal is to land these multiple times every month. In fact, on with average every 5 trades I hit winners that bring me between 100% to 1,057%. And right now, I invite you to trade with me — and hit your own double ups every month. Here's how you can join me..