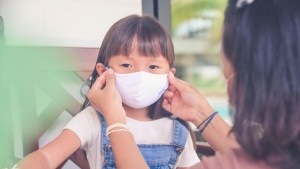 Increased meat consumption has resulted in a spike of premature deaths in China, a new study has found. This is owing to animal farming’s detrimental impact on the planet, researchers say – namely, ammonia pollution.

The study was the result of a collaboration between the Chinese University and the University of Exeter in the UK. It was published in the journal Nature Food in December.

Researchers looked at how diets shifted in China from 1980 to 2010. And consequently, how food production in the country adapted.

They discovered that during that timeframe, meat production skyrocketed by 433 percent. Specifically, from 15 to 80 megatons.

Ammonia – made of hydrogen and nitrogen – is emitted from animal waste and the fertilizer used to grow animal feed, as well as other sources.

Excess nitrogen can damage the ecosystem, especially in aquatic areas. Meanwhile, exposure to high concentrations of ammonia – which is corrosive – can lead to lung cancer, heart problems, blindness, or even death.

The study’s authors believe dietary changes are to blame for 63 percent of the increase in ammonia emissions, with upped meat intake being the chief culprit.

Approximately 1.83 million people in China lost their lives due to particle matter pollution in 2010 alone.

The researchers estimate five percent of these premature deaths – around 91,500 people – to be the result of dietary changes.

If the country was to adhere to the 2016 Chinese Dietary Guidelines, which encourages a lower meat intake, it’s expected that ammonia emissions would drop by 2.1 teragrams.

The guidelines recommend consuming around 40 to 75 grams of meat a day – around the size of the palm of one’s hand.

An estimated 75,000 premature deaths could be avoided every year under these recommendations, the study concludes.

Professor Amos Tai Pui-kuen, lead author of the study, told the South China Morning Post: “Of course, we can’t undo the damage that has already been done, but what we can do is to move to a diet of mainly vegetables with a much smaller proportion of meat.”

Co-author Professor Lam Hon-ming added, “we hope residents make the choice not just for their health, but also for the health of the environment.”

It’s not the first time researchers have linked anthropogenic pollution to mortality rates.

In 2019, a UN report assembled by 250 experts from 70 countries warned that air pollution could result in “millions of premature deaths” in the next 30 years, especially in Asia and Africa.

The post Meat Production To Blame For 90,000 Pollution-Related Deaths In China Every Year, Study Finds appeared first on Plant Based News.