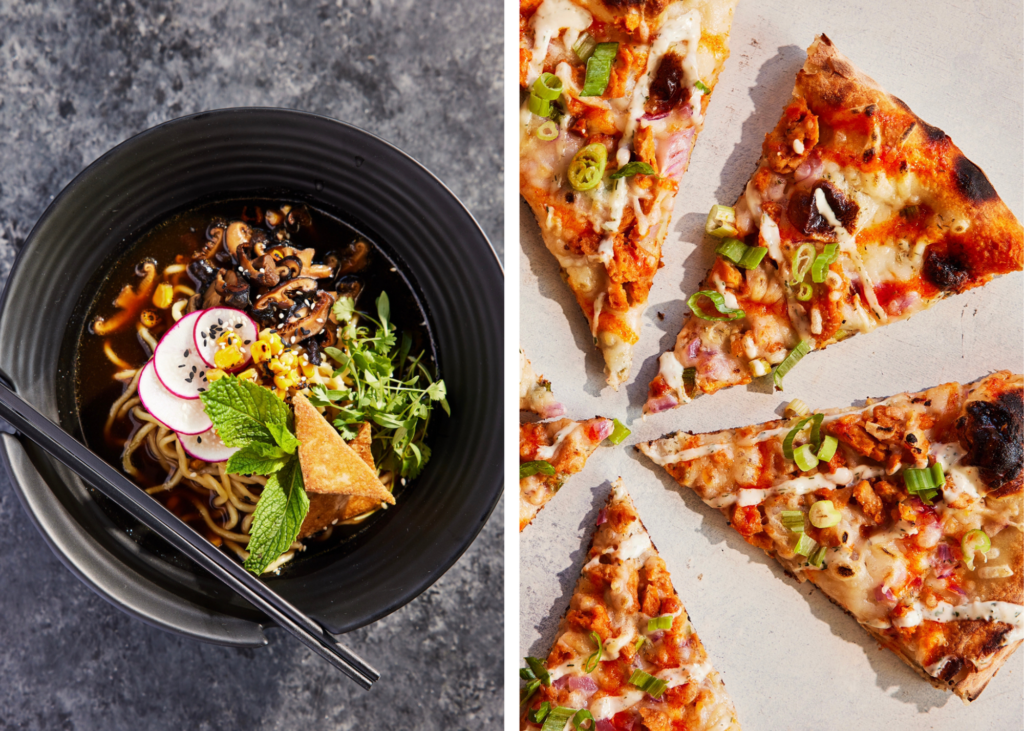 The restaurant redefines the pub as a fun, approachable concept focused on sustainably sourced comfort cuisine that embodies the spirit of its locale while offering sports fans and concert-goers an alternative cuisine. PlantPub is on a mission to make plant-based food fun for all, allowing people to eat better for themselves and better for the planet, in a familiar and social setting while supporting local farmers, craft brewers, and the best plant-based brands on the market.

“This is an exciting venture for us, to be able to reach so many people; it’s going to change the way the world perceives plant-based food,” says Kenney. “Growing up in the Northeast, in Maine, I feel connected to this part of the world and have many memories of watching games and concerts at Fenway. It’s good to come back home.”

‘Boston’s Plant-Based Pub’ first opened its doors this past September in Cambridge. This is the second location, but certainly is the flagship for the brand, and features a massive 8,000 square foot space and a casual dining format. Slated to be the largest plant-based restaurant in Boston, the interior boasts 250 seats in a clean, industrial-style space. PlantPub’s signature black + white palette can be seen throughout, complemented by a colorful mural by local artist Brand Rockwell, depicting an idyllic scene of farm and plant life. The space features classic subway tiles behind its two bars, along with a range of seating options, including beer-hall style reclaimed tables, banquettes along the garage windows (which can open for al fresco style dining), and various options for semi-private dining.

Joining forces, PlantPub and the MKC team are thrilled to redefine the modern pub in a way that is incredibly impactful, given the proximity to one of the nation’s most well-known venues. It’s an opportunity to connect with a whole new market, the sports and entertainment crowd, and to show them the diversity that a plant-based diet can offer. In addition to Fenway, Boston is known for its many colleges and universities, whose students will certainly enjoy relaxing and celebrating with friends at PlantPub.

“It is a dream to bring PlantPub to the Fenway neighborhood,” says Dumont, “Sports and pub food go hand in hand, and we are thrilled to offer our reimagined take on the pub experience to Fenway, a quintessential destination here in our hometown. Our new partnership with MKC is exactly what we have needed to push PlantPub into the future.”

PlantPub’s 100% plant-based menu, ranges from existing favorites to Fenway-specific additions, as well as a few nods to beloved ballpark fare.

The Hot Dog: a plant-based interpretation of the famous Fenway Frank

The beverage program reflects McAuley’s keen experience in the craft beer industry, ranging from session brews to hand-picked regional IPAs, with over 24 options on tap. Along with wine by the bottle and on tap, a robust non-alcoholic program is accompanied by a selection of craft cocktails exclusive to Fenway, designed by Bar Director Liz Driscoll.

Wine on tap such as Gotham Project Sabine Rosé; and by the bottle such as 2019 Querciabella Mongrana – Maremma, Tuscany

Boston’s PlantPub is the first of multiple locations that MKC plans to open across the city and beyond in the near future. This is an important time of growth for the plant-based market as sustainability becomes increasingly sought after by diners and industry leaders alike. Plantpub strives to offer delicious, health-conscious fare that enables the everyday eater to forgo animal products without sacrificing flavor or sustenance, making plant-based cuisine more accessible to the masses to satisfy the burgeoning demand.