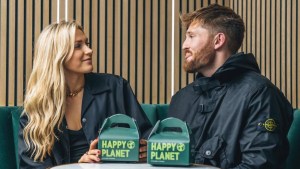 Made In Chelsea star Verity Bowditch is eyeing an expansion of her newly opened vegan restaurant following a successful seed investment. Clean Kitchen, situated in London’s Camden secured £1.4 million in its first seed round.

Lead investors include ex-chairman of Quorn, Clive Sharpe, and the fitness influencer and businesswoman Grace Beverley.

Bowditch founded the business with former YouTuber Mikey Pearce less than a year ago, and the site opened its doors to the public over summer.

The vegan outlet offers fast food and built on the premise of maximizing sustainability and “clean living.”

Now, it’s hoping to open 40 new sites across the country. The move comes as the outlet celebrates thousands of daily orders and a 30 percent growth rate month to month.

People are waking up to the impact that meat production is having on the environment and need a clear solution – one that also fits easily into their lifestyle. We provide exactly that.”

Moreover, Clean Kitchen “isn’t just for vegans,” rather for anyone who cares about the environment. The aim is to “disrupt the industry,” the Made In Chelsea star added.

Mikey Pearce adds that the pair have “big ambitions to be the biggest plant-based food brand in the UK.”

You can find out more about Clean Kitchen here

The post Made In Chelsea’s Verity Bowditch To Expand Vegan Restaurant Amid £1.4M Investment appeared first on Plant Based News.