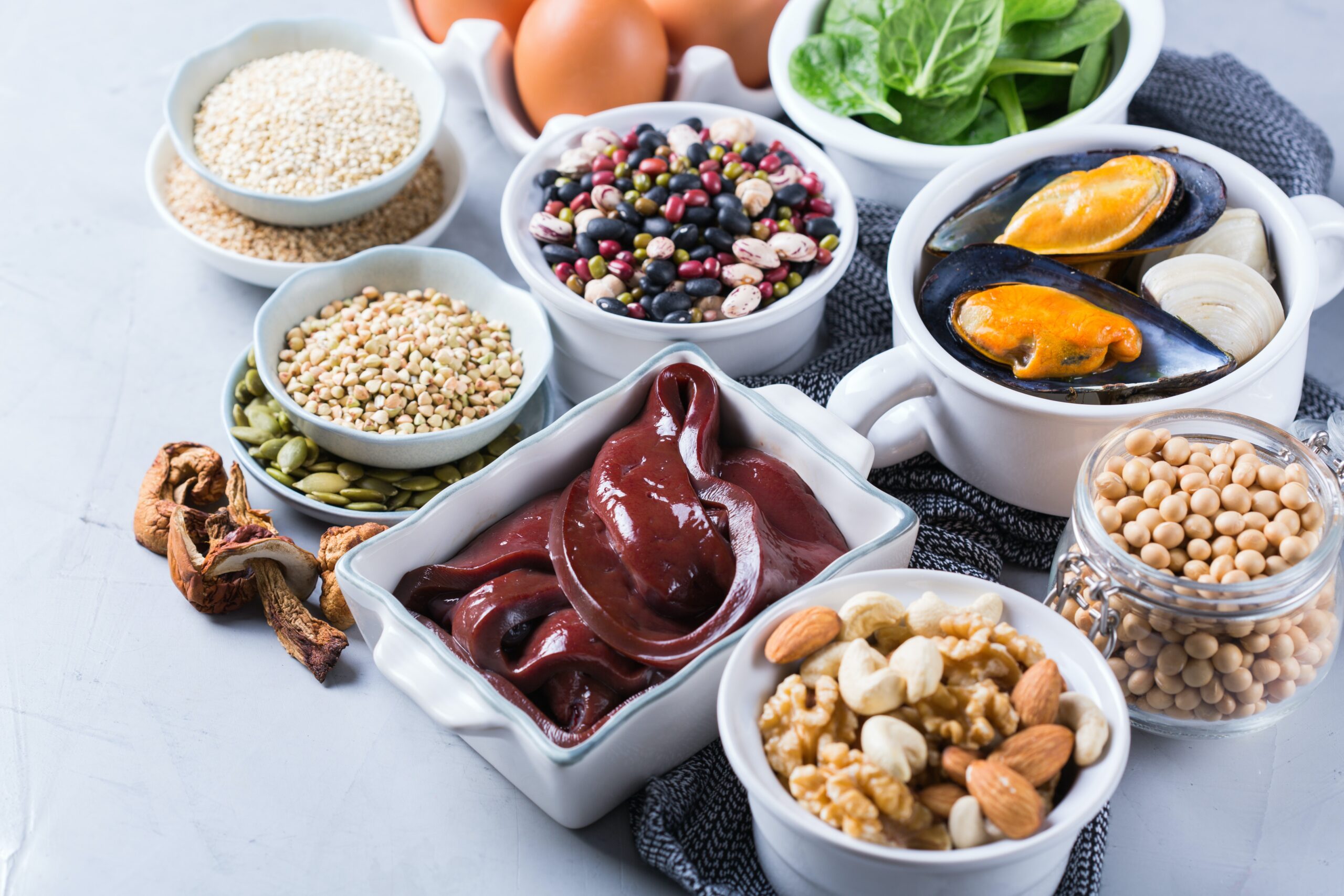 “Beauty is an iron mine,” once remarked the Australian mining magnate, Gina Reinhart. She was talking about a precious resource, but iron is also profoundly important to living organisms: from bacteria and fungi, to mammals like us.

Iron acts as a key to numerous metabolic functions within our bodies. But iron deficiency remains as one of the top global health risks recognised by the World Health Organization (WHO).

Iron deficiency has become the most prevalent micronutrient disorder worldwide, and COVID may be worsening the problem.

Iron is hard to get

The type of iron we mine is different from the “free-form” iron that can be used biologically. Free-form iron has a propensity to jump between two chemical states, allowing it to bind to various molecules, and participate in all sorts of essential reactions within our bodies.

But we see a different story again during food digestion. Inside our upper small intestine where iron is most effectively absorbed, free-form iron tends to bind to oxygen, other minerals and food components. This often results in rock-like, insoluble clumps (which are like the ones we mine!). These are too big to pass through or between our cells.

This means that even when we consume enough iron, typically only ~15–35% of it is absorbed. It also means iron availability can be improved, or inhibited depending on how we eat it or what we eat it with.

For example, heme iron from animal flesh has a cage-like structure, which carries the iron in a soluble form that prevents it from clumping during absorption. In many Western countries, heme iron only accounts for 10% of the iron eaten, but two thirds of the total iron absorbed.

More of us are at risk of deficiency

Getting sufficient iron sounds like simple maths: we want to add enough to our dietary intake to make up for the iron being lost from the body, such as through faeces, skin shedding, menstruation (for women) and sweat. But the two sides of the equation can change depending on who and where we are throughout our lifetime.

Generally, iron deficiency occurs when our body’s stores of iron are depleted from not having consumed or absorbed enough iron to meet our needs.

This can happen when people restrict their diets, such as for religious, social or medical reasons. Some people also have a tough time keeping up when their iron needs increase, such as pregnant women and growing children.

But iron deficiency can also happen when the body has enough iron, but can’t effectively transport it into cells. This is common in those with both acute and chronic infections, heart and autoimmune conditions, and cancers. In these cases, the underlying disease needs to be treated first, rather than improving iron intake.

The table below summarises some common causes of iron deficiency. Sometimes multiple causes may occur simultaneously – for example, for many elite athletes (35% of women and 11% of men), iron deficiency results from reduced absorption due to inflammation, on top of increased loss through sweat and breakdown of blood cells.

We know severe infection with SARS-CoV-2 (the virus that causes COVID) may change the way some people metabolise iron, leading to lower iron levels up to two months after infection. This contributes to symptoms commonly reported after infection, such as fatigue and lethargy.

Recovery from the pandemic itself has also exacerbated food supply issues, as well as the rising global income inequality.

This means more people face barriers to food security – and the nutrient-dense foods that help boost our iron intake like red meat or leafy greens may be unavailable or unaffordable for them.

Read more: Why we should take a women-centred approach to diagnosing and treating iron deficiency

Before you pick up a pill

It may be tempting to pick up one of the many widely available iron supplements to attempt to boost your intake. However, we have to keep in mind that conventional iron supplementation is associated with some negative side effects.

These include damage to our gut lining, nausea, diarrhoea and constipation. Iron supplementation has also been linked to changes in the gut microbiome, a critical determinant of health.

The WHO has recommended two other approaches: diet diversification and food fortification.

Diet diversification is exactly as it sounds: having a diet with a variety of wholefoods such as fruits and vegetables, grains and legumes, meat, dairy, and nuts and seeds.

This approach not only ensures sufficient levels of iron are found in the foods we eat, but also that they come with different forms or “vehicles” to improve absorption. This approach works even with plant-based foods.

Read more: What to drink with dinner to get the most iron from your food (and what to avoid)

Food fortification, where iron is added to processed foods, is also a fairly safe yet accessible option due to its lower dose. In Australia, iron is commonly fortified in products such as bread, cereals and ready-to-drink mixes.

It can be challenging to get the iron into our body and where it’s needed. But before turning to supplements, we must remind ourselves that food sources should always be first-in-line. In cases of diagnosed deficiencies, your healthcare professional will provide you with further information where supplements are necessary.

Read more: Lemon water won't detox or energise you. But it may affect your body in other ways

Yianna Zhang receives funding from the CSIRO as a part of the Postgraduate Scholarships program, and from the University of Melbourne's Melbourne Research Scholarship program.

Said Ajlouni and ngkf@unimelb.edu.au do not work for, consult, own shares in or receive funding from any company or organization that would benefit from this article, and have disclosed no relevant affiliations beyond their academic appointment.