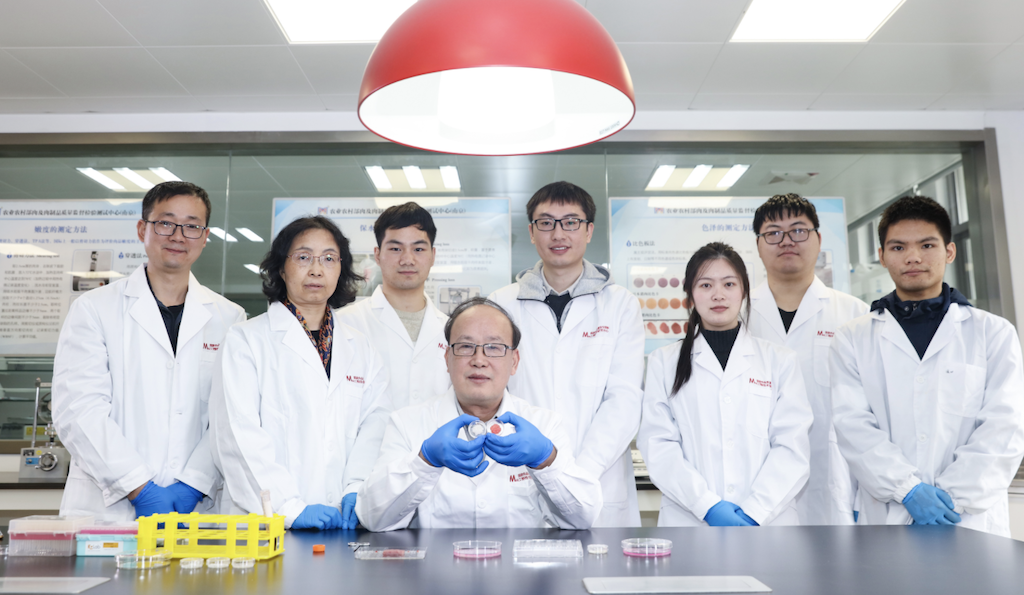 Alongside pork belly, co-culture of muscle and fat cells, cost-effective serum-free growth mediums and other new technologies were introduced. Guests of the conference were invited to taste Joes’ cultivated pork belly and pigskin noodles, prepared in a variety of dishes.

Joes’ claims that conference attendees noted that the startup’s pork belly was “very chewy”. Alongside, the cell-based fat was described as “delicious when fried” and the pork kebabs were heralded as “authentic”. China is the world’s largest consumer of conventional pork, and garnering a positive reception from Chinese consumers bodes well for Joes. The startup is in the midst of building a pilot production line, which it hopes to use to promote the commercial potential of cell-based meats. China has been making tentative steps toward the acceptance of alternative proteins, including cultivated meat. In March, it was reported that President Xi referenced China’s burgeoning alt-protein sector in a speech given to key industry figureheads. President Xi specifically noted that the country needs to develop its own unique proteins. Alongside plant and fermentation methodologies, he specifically paid lip service to biotechnology and bio-industry developments. This led observers to speculate that he is, potentially, open to cultivated meats. If President Xi is on board with the idea of cell-based meat development, it could lead to startups such as Joes being subject to simpler legislation and faster routes to commercialisation.

Prior to President Xi’s speech, China’s five-year agricultural plan made reference to cultivated meat for the first time. The blueprint for China’s future developments and national economic strength, the plan is considered a sign of things to come in the food sector. The inclusion of cultivated meat, alongside talk of increasing sustainability credentials, offered optimism to cell-based startups. At the end of the New Technology Conference, Professor Zhou Guanghong of the Nanjing Agricultural University concluded that people will be able to eat pork without raising pigs. He stated that cultivated meat, such as that presented by Joes, is the “answer to national strategies of sustainable development and low-carbon agriculture”.

The road to cultivated pork for China

Back in October last year, Joes raised $10.9 million in a Series A funding round. The money was earmarked for continued R&D into cultivated pork, alongside technology scaling. It followed a $3 million raise in January of the same year. The startup spoke of wanting to be the first company to be able to offer sustainably-made pork to Chinese consumers. It won the prototype race, debuting a cultivated meat item in 2019 but now faces competition to get to market first. Shanghai-based CellX announced it had scooped $10.6 million in a Series A raise, last month. The cellular agriculture startup has raised in excess of $15 million in total to accelerate its cultivated developments. It is looking to produce pork, beef and chicken with whole cuts being given priority. The startup notes that it considers this as the best route to consumer acceptance, as the end products will look familiar. Taking a four-pronged approach, CellX is aiming to produce cultivated meat, while slashing the costs of the sector as it progresses. It claims to have produced a low-cost media formula already and secured an immortalised cell line for its work. The post Joes Future Food Unveils China’s First Cultivated Pork Belly  appeared first on Green Queen. alternative proteins meat chicken beef pork protein alternative cultured cell-based cellular fermentation alt cell-based meat cultured meat funding industry startup startups