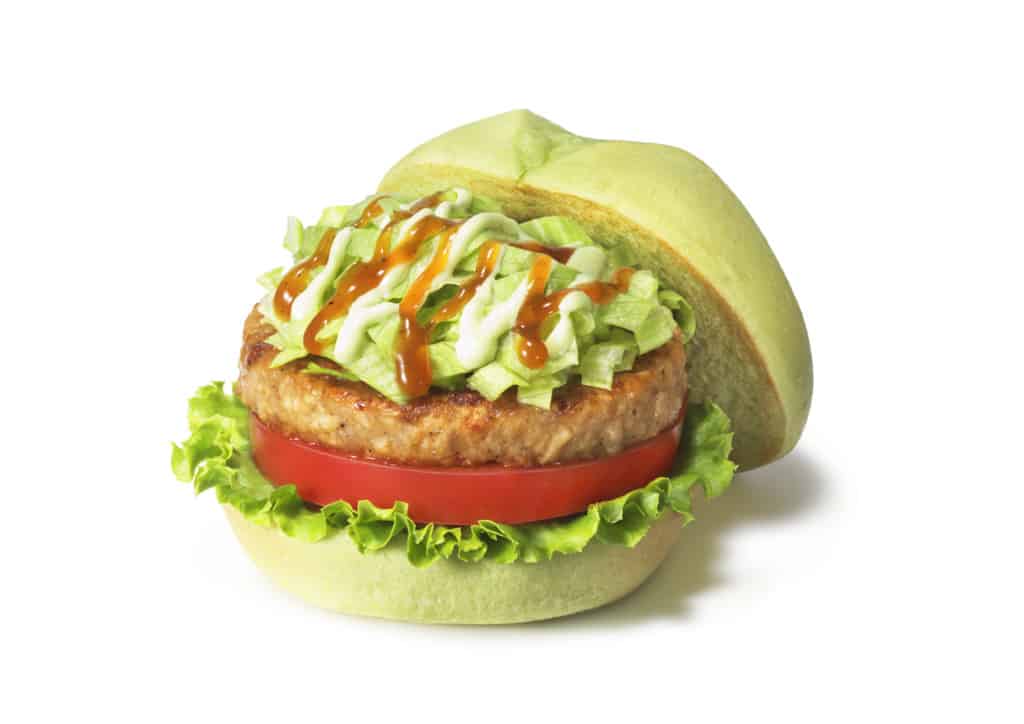 According to Hiroto Yamazaki of Tokyo’s freefrom, the new version of the burger will be available from September 22nd, 2021, at all Mos Burger restaurants nationwide. It features a soy and mushroom-based patty with teriyaki sauce and the chain’s plant-based Green Mayo. The bun is coloured green using spinach and contains soy cream for added moistness.

The launch is part of MOS Burger’s drive to meet two Sustainable Development Goals — Good Health and Well-being, and Responsible Consumption and Production. It describes the burger as “eco-friendly and body-friendly”.

As veganism becomes more popular in Japan, plant-based companies and products are beginning to take off. Next Meats recently developed vegan pork, tuna, and milk in the country, while vegan silk company Spiber has raised $312 million and is planning an IPO. In August, the 1000 Vegan Project completed its goal of serving vegan meals at 1000 canteens across Japan.

“Due to the influence of the media, I feel that awareness of veganism has increased in Japan, but it is limited to some cities, and it’s still behind nationwide,” the project’s chef Hitoshi Sugiura told vegconomist in an interview last year. “We hope that this initiative will lead to an increase in vegan awareness throughout the country.”