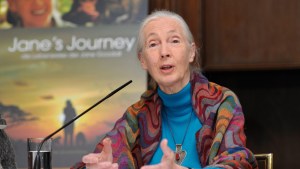 Dame Jane Goodall has urged world aid charities to stop animal gifting campaigns, whereby one can pay for a live farm animal to be donated to people in low-income countries.

The initiative is intended to help tackle hunger and poverty in vulnerable communities.

But Goodall – along with various fellow scientists and religious leaders – argue that the programs harm recipients more than help them.

“In the lead-up to Christmas, many people are feeling generous and want to help those less fortunate than themselves. There are a number of organizations that have launched campaigns, suggesting that one way to help those suffering poverty and hunger is to gift them an animal, such as a heifer. As a result, farm animals are purchased in great numbers by generous donors. Unfortunately, this can result in unintended consequences,” Goodall said in a video statement.

“The animals must be fed and they need a lot of water, and in so many places water is getting more and more scarce thanks to climate change. Veterinary care is often limited or totally lacking,” the ethologist continued.

The ‘true cost’ of gifting animals

A press release compiled by Animal Save Movement and In Defense of Animals’ Interfaith Vegan Coalition (IVC) says the issues don’t stop there.

The “true cost” of sending a farm animal – whether it be a goat, cow, or chicken – is soil acidification, water contamination, air pollution, deforestation, forest fires, and zoonotic disease outbreaks, the organizations say.

Animal agriculture goes hand-in-hand with some health problems too, they add, like diabetes.

Because of this, the organizations have launched the Stop Animal Gifting campaign. The scientist-backed initiative urges charities like Oxfam, World Vision, Cargill’s “Hatching Hope” project, and Heifer International, among others, to end live animal donations.

It’s charity programs like this that Goodall supports. “It will be ever so much better to help by supporting plant-based projects and sustainable irrigation methods, regenerative agriculture to improve the soil,” she said in the video.

“Well this means charities must develop plans to create a gift package that will appeal to the generosity of those who want to help those less fortunate than themselves.”