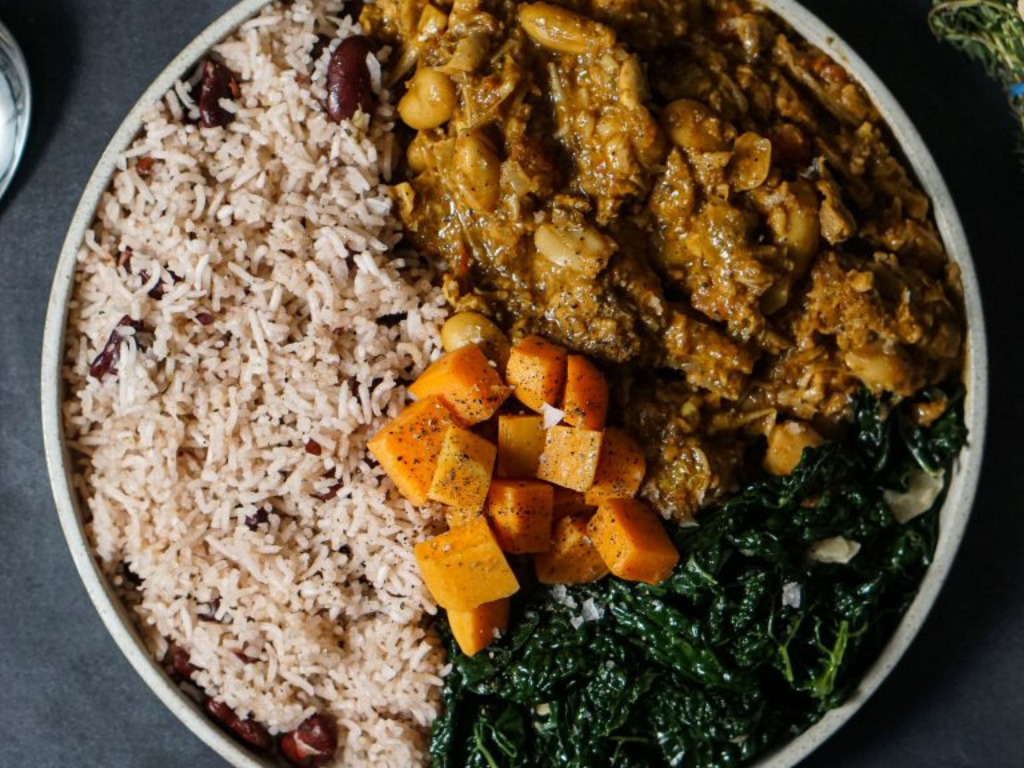 Vegan investor Veg Capital, led by Veganuary and VFC co-founder Matthew Glover, has announced it has led a £200,000 seed round for U.K.-based Jam ‘n’ Vegan, which produces family favourite ready meals infused with world flavours. In addition, Veg Capital will take up the position of a board seat to help grow the startup and bring it to larger audiences. To date, marketing has been limited, with word of mouth acting as the primary channel for founder Kyle Parchment.

All of Jam ‘n’ Vegan meals are fully plant-based and inspired by Parchment’s travels. The capital infusion will allow for new hires to grow the core team, with a marketing manager being the first priority.

Building up a vegan brand

Jam ‘n’ Vegan is currently run as a direct-to-customer meal delivery service. The brand offers a subscription that discounts bulk and regular orders. An initial focus, particularly for the new marketing manager, will be to move into retail and food service channels, to widen the prospective audience.

“Kyle has managed to capture a mood with his range; it is a true celebration of our world of wonderful and diverse cultures. And just as importantly, he is a master of flavour, working his magic to create dishes that are both unique and delicious,” Matthew Glover, Veg Capital’s managing director, said in a statement. “At Veg Capital we have all been inspired by how Kyle has overcome the odds to build his company from his mum’s kitchen to where it is now. We have big visions for the future of Jam ‘n’ Vegan and are thrilled to be joining this journey”.

“I may not have been dealt the best cards in life, but I was brought up to have the deepest respect for culture, and I want to honour this with my food, and prove that with passion, dedication, and determination, the sky is the limit,” Parchment said in a statement. “I’m so excited to welcome Veg Capital into the Jam Fam and am bursting with ideas to celebrate all the beautiful differences in the world through taste, sound, and vision”.

In March this year, Veg Capital invested in another vegan ready meal outfit, Shicken. Glover’s team also led the funding round, this time after making an initial investment in 2021. The Indian ready meal startup secured £2 million in the second round, to scale production and begin investigating global expansion opportunities. Initial growth plans include U.K.-wide distribution through the Costco network before U.S. partnerships are sought.

The global ready meals market is expected to top out at $0.51 trillion this year with a predicted CAGR of 6.2 percent. As a specific niche, vegan ready meals are increasingly being heralded as a healthy option and one that is going to trend. As workers begin to return to their offices and life gets busier again, the lure of convenience food is easy to understand. Because of this, a number of brands, including Veg Capital’s investments, are looking to offer people a better option than the traditional frozen meat-based dishes they previously bought.

Last year, London’s Planty completed a £770k raise for its direct-to-customer plant-based meal service. Having made a dent in the U.K. market the startup sought funding to support a European launch cycle, starting with Scandinavia. New product development was cited as a priority, with the company hoping to look at breakfast options, snacks and more deserts.

Most recently, Australian plant-based meat leader v2food has announced it is launching four ready meals into Woolworths. The development comes after the company identified an increase in consumer interest in ready meals, during the Covid-19 pandemic.

All photos by Jam ‘n’ Vegan.