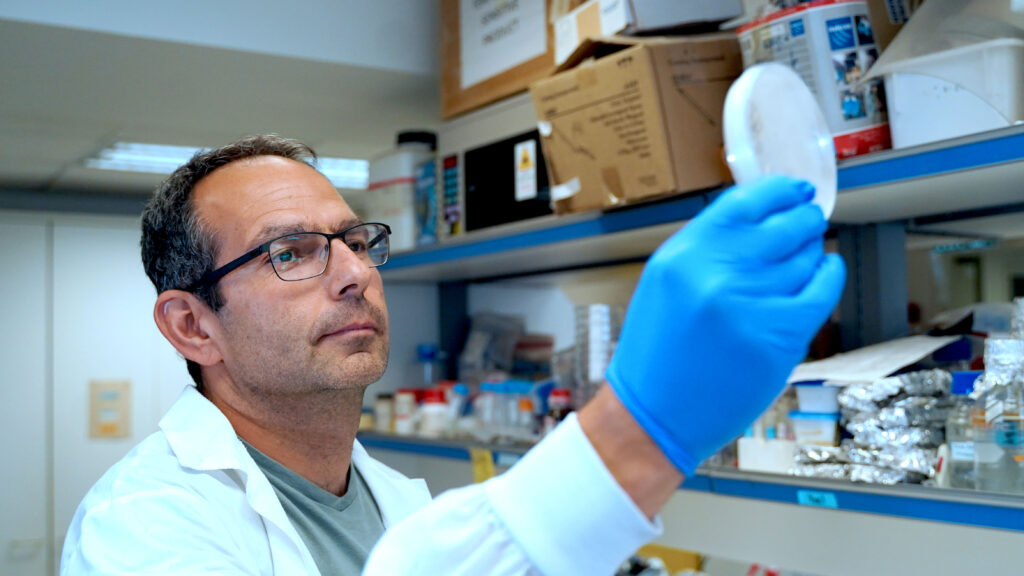 They “educate” bacteria to create proteins that can preserve food safely without any of the health concerns associated with the benzoates, sorbates, propionates, nitrites, and other chemicals we see listed on food labels.

Food manufacturers around the world use synthetic antibacterial agents to destroy bacteria or prevent mold growth. Bountica does the same thing by fermenting organic matter into a tasteless powder or liquid that is added to food in tiny amounts.

They use a process called precision fermentation, in which microbes break down organic compounds (like sugars) and are directed to produce a specific product – namely, proteins that act as food-safe preservatives.

The process is normally used to develop new drugs, and has never before been used for food.

“Just a handful of companies in the world are using this process for products that are not for pharma, and we are one of them – some of them are using it for agriculture, for example,” says Trumper.

He says the proteins they create are fully digestible and safe to consume, unlike synthetic alternatives, and he hopes to achieve the regulatory approvals they need soon, so they can start selling to manufacturers.

Of course, he won’t divulge the source of the protein. “In a way, it’s inspired by nature, though we took a lot of effort to improve it,” he says.

“There hasn’t been a major breakthrough in technology that suddenly enables what we’re doing, but a gradual evolution of our understanding of biology to the point where this process has become economical.”

“We consume preservatives on a daily basis, because basically 75 per cent of the food we eat today is processed and includes them,” says Trumper. “Though they are a small component of our food, preservatives have major implications.”

Research conducted on preservatives such as aspartame, benzoates, and nitrates suggest that they can weaken the heart tissues and increase the chances of cardiovascular disease and breathing problems, as well as transform into carcinogens.

And other chemicals such as BPA can interfere with puberty and fertility, increase body fat, and cause problems with the immune system and nervous system.

The American Academy of Pediatrics warned that these harms are often worse for children, because they are smaller and their bodies are still developing, so the dose of any given chemical ends up being higher.

The protein created by Bountica is tasteless, does not affect the nutritional benefits of the food, and breaks down in our bodies after we consume it.

Microbes are grown in a big vat and are fed organic matter and minerals to create these proteins. Scientists use small electrical pulses and specific increases in temperature to encourage the bacteria to create them instead of other byproducts.

“We have educated our bacteria to produce byproducts that we need – proteins – and then we extract them,” says Trumper, whose company is based in the northern Israeli city of Kiryat Shmona.

“The end product is a concentrated powder or liquid that we use in very small amounts.”

All the fungi that spoil food share the same metabolic pathway – a series of connected chemical reactions that feed one another. Bountica targets a very specific protein function, disrupting its functionality, and inhibiting the growth of all fungi. In other words, it actually stops the development of the cell structure of yeast and other contaminants.

“It’s like throwing a wrench in a sequence of moving cogs,” says Trumper.

The waste from the fermentation process is organic, and is made up of 60 per cent protein. It can be dried and sold to be used as fertilizer, or as a source of protein for animal feed or pet food.

Other companies are looking at edible coating to replace packaging, but this solution is not applicable to most types of processed food. Essential oils such as cinnamon, lemongrass and oregano are also used to inhibit the growth of harmful microorganisms, but they are very concentrated and change the taste and smell of food.

Bountica plans to improve the effectiveness of its proteins and the production process, and it is already in discussion with potential partners to be used in pilot studies at the beginning of next year.

Bountica is also in talks with interested companies in Israel, Europe and Asia that are waiting for them to finish testing their product.