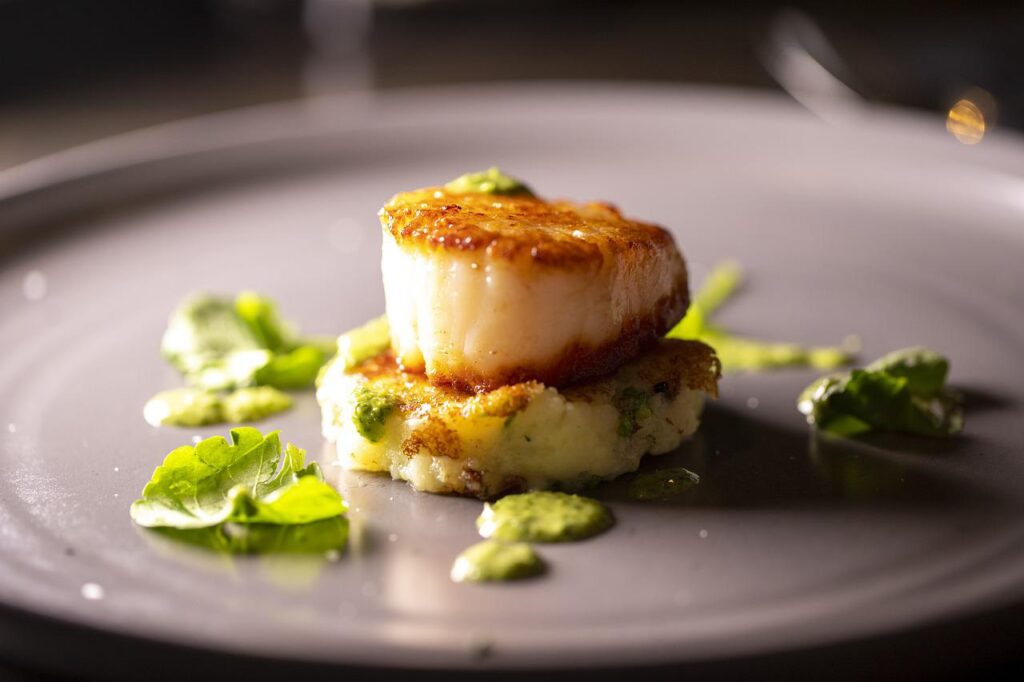 The COVID-19 pandemic has given the alternative food industry a significant boost as consumers have become more interested in meat and seafood solutions that are sustainable and safer to eat. But even as lab-grown meat and other products have obtained significant backing from investors in the past few years, creating a cultured product requires ingredients, technologies, and processes that are just not cost effective. This is the reason why it has been difficult for cultured food companies to commercialize these products and why you don’t see more of them in stores. Mermade Seafoods, a Jerusalem-based startup that is growing scallops in a lab as its first product, tells NoCamels the company has unveiled a way to cut the hefty price tag of lab-grown food and an innovative process to produce it for the masses. “We specifically target cultured seafood. We eventually want to replace the entire seafood industry, hopefully, the traditional one,” Mermade’s CEO Daniel Einhorn explains. Food grown in a lab is created through a large collection of cells that are cultivated through fermentation in a bioreactor, or any manufactured device or system that supports a biologically active environment. Like any other normal, living organism, one needs to feed these cells and they produce waste. According to Einhorn, most companies give these cells fresh food and then discard the waste. Then they do the process over and over again. This becomes a very unsustainable process because it’s very expensive and because one needs to handle large volumes of waste. Mermade Seafoods does not discard that waste. Instead, the company has developed a unique recycling process that allows them to reuse the waste over and over again. The biological recycling system is made from microalgae. “We take that waste, which is rich in ammonia and carbon dioxide and we give it to the algae. The algae thrive on those materials — that is their food — so they grow and now you have a lot of algae. So if you choose the strains of algae right and you also do other sorts of biological magic – basically [natural] selection, then you can choose algae that produce the ingredients that you need. Ingredients that you can take from the algae and give back as feed for the cells,” Einhorn says. In short, “we grow microalgae on the waste produced by any animal cell culture and then upcycle that algae into useful growth medium ingredients.” Founded just under a year ago, Mermade Seafood is in the pre-seed stage and has raised $1.5 million for its transformative technology, which aims to use to address the biggest challenges of the cell-based industry including high production costs and waste accumulation. Einhorn tells NoCamels that as far as he knows Mermade is the only company using the fairly well-known aquacultural practice — aquaponics — in cellular agriculture, the production of animal-based products from cell cultures. Aquaponics is the combination of aquaculture (growing fish and aquatic animals) and hydroponics (growing plants without soil) where plants are fed the waste of the aquatic animals. They are bringing this novel approach to the production of cell-based seafood. Mermade has even coined a term for this use of aquaponics in cellular agriculture. “We call it cytoponics,” Einhorn says. The company has chosen to focus on lab-grown scallops as its first product because while most of the cultured seafood companies concentrate on some type of fish — mainly salmon, tuna, and some white fish– “we just think that it’s smarter to start with something simple and then iterate from there,” he says, noting that the process to create scallops in the lab is less challenging than the food engineering that goes into cultured meat and poultry and plant-based fish. According to Einhorn, they are currently the only company to create cell-based scallops. “We take stem cells from scallops and we multiply them until we have enough to create food out of it. And then you need to do it many, many times over to a significant mass,” he says. While scallops are easiest to produce as a cultured product, once the company improves its current process, the goal is to create other cultured seafood products, like shellfish. “The technology that I described can be used with any fermentation process. So essentially, once we get it under control, you can even reduce the costs of medication that uses this kind of fermentation process to produce different proteins. So it would be relevant to a lot of industries. It’s just that it’s the shortest path to do it with scallops, but it could be used with any other animal meat or any cell fermentation process,” says Einhorn. According to Einhorn, Mermade wants to use this recycling process to help commercialize the entire spectrum of the cultured food industry and make them less costly on the shelves. “It’s unclear that currently there is no other alternative to really reducing the cost of cultured meat and cultured meat is essentially an industry stuck on that point. I’m not saying that we’re the only ones who would eventually solve this…I’m just saying that…there’s really no other available alternative right now to lower costs enough for cultured meat to justify its commercialization. And that’s actually the real reason why you don’t see cell-based meats on shelves right now. There are other issues, but that’s the main one,” he says. “That would be the shortest answer for why cultured meat is not on the shelves right now.” The post Israeli Firm Reveals Innovative Process To Commercialize Lab-Grown Seafood appeared first on NoCamels. meat fish salmon poultry seafood microalgae plant-based alternative cultured cell-based lab-grown cellular fermentation cultured meat investors industry startup