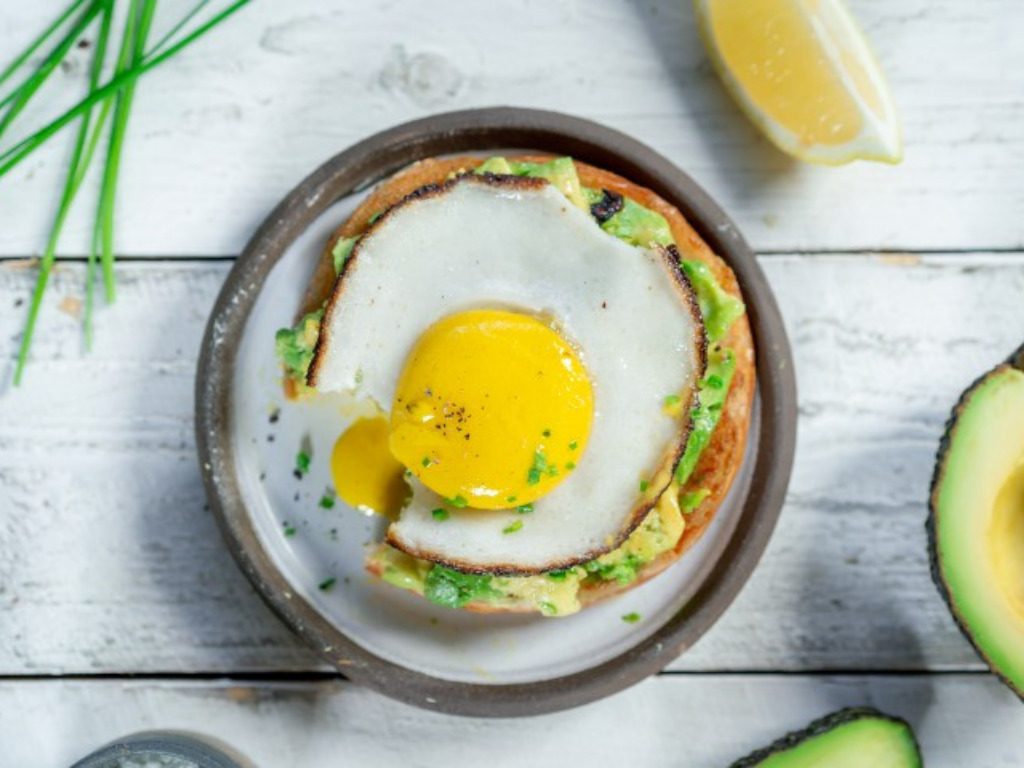 Israeli food tech startup Yo! Egg has announced it will be launching into U.S. restaurants later this year. Its sunny-side-up and poached eggs are claimed to be the world’s first, by company CEO Eran Groner. The whole-egg analogues are already served in an Israeli breakfast chain and a U.S. debut is just around the corner.

U.S. restauranteurs will get their first experience of Yo! Egg at the National Restaurant Association trade show, held next week in Chicago. The company anticipates having its whole egg alternatives on Los Angeles menus by the end of the year. Alongside a domestic restaurant chain, Yo! Egg claims that its products are served in Google and Facebook offices, hotels and other foodservice outlets in Israel.

The case for animal-free eggs

The global egg market is expected to reach $297.47 billion by 2025, at a CAGR of seven percent. If this comes about, it will demonstrate increasing demand for laid products that are supporting unsustainable production methods. In contrast, the plant-based egg sector is slated to hit $791.356 million by 2027, with a CAGR of just over 27 percent. Comparing the growth trajectories, there is a clear winner, marking a shift in consumer habits.

Motivation for seeking alternatives to poultry eggs are largely considered to be health-related, due to the increased risk of heart disease that comes from consuming LDL cholesterol and high levels of saturated fat. Environmental issues play an increasingly large role as well. Groner sought to tackle both when he set out to create Yo! Egg, in 2019.

Already working within the food tech sector for 20 years, he identified a gap in the market for plant-based egg and seafood options. Learning about the water consumption required to produce eggs (53 gallons per single unit), he focussed his attention on solving the issue. His starting point was removing animals from the equation altogether.

Together with his co-founders, Yosefa Ben Cohen and Nisim Ben Cohen, Groner sidestepped the usual liquid egg route. The startup looked to solve the more difficult problem of replacing the whole egg experience, with a white and a runny yolk. It did so to take the top spot in the egg sector.

Yo! Egg confirms that it has secured $5 million in seed funding, in a round led by Stray Dog Capital and NFX. Surround Ventures and Secret Chord Ventures both participated alongside. With products full developed and ready to showcase in Chicago, the funding will be used to ramp up production.

“With over 95 billion eggs consumed every year in the U.S., and each egg requiring 53 gallons of water to produce, we need a better solution,” Stray Dog Capital partner Jonny Ream said in a statement. “After tasting Yo! Egg, we knew that this company could change the world. We are proud to support their work and excited to see their eggs on menus everywhere.”

The company aims to be manufacturing 50,000 plant-based eggs per day, once infrastructure improvements are completed. Alongside, new product developments are slated for near-future R&D activities. These will include vegan hard-boiled eggs, scrambled options and baking ingredients for home kitchens.

Earlier this month, Indian plant-based egg startup Evo Foods revealed it is working with Gingko Bioworks to improve its products. The latter will be supplying animal-free egg proteins to heighten the overall experience of consuming Evo’s egg analogues. The company recently debuted what it claims is the world’s first heat-stable vegan boiled egg. It was developed after a $1 million pre-seed funding round in 2021, which supported R&D efforts.

Over in Japan, Kewpie, famous for its mayonnaise, unveiled a vegan scrambled egg dish called Hobotama. Created using soy milk, the new line is the company’s first move into the vegan egg sector. It is significant due to Kewpie being the largest processor of conventional eggs in Japan, where each citizen is estimated to eat around 320 a year.

All photos by Yo! Egg.

The post Israel Startup Bringing Its Plant-Based Sunny-Side-Up And Poached Eggs To US Restaurants appeared first on Green Queen.