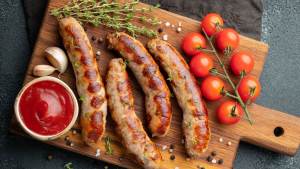 The new products will join Blue Tribe’s existing range, which includes chicken keema and chicken nuggets. The items were introduced in Chandigarh, Mohali, and Panchkula – known for their traditional chicken-based dishes.

The line has proved popular so far, according to Co-Founder Sandeep Singh.

“So far we have received amazing traction and love from the customers, and we strive to do better each day,” he said in a statement.

Aims to protect the planet

“We are so engrossed in our lives today, that it is hard to say no to our non-vegetarian food love. In fact, adding high protein food items like chicken breast and mutton is important for health. However, large-scale consumption is disrupting ecological balance,” Singh said.

“That’s why we have introduced plant-based products made with the latest food-tech technology so that consumers won’t have to compromise with taste and quality, and the Earth will have space to breathe and rejuvenate,” he added.

The food tech company crafts its meat-free products with pea protein, which often has a smaller environmental footprint than animal-based protein.

Lamb and pork have a carbon footprint of 39.2kg and 12.1kg respectively.

“We simply want to offer an alternate plant-based meat product so that the excess meat production can be reduced and nature can take a breath of fresh air,” Singh said when the company launched.