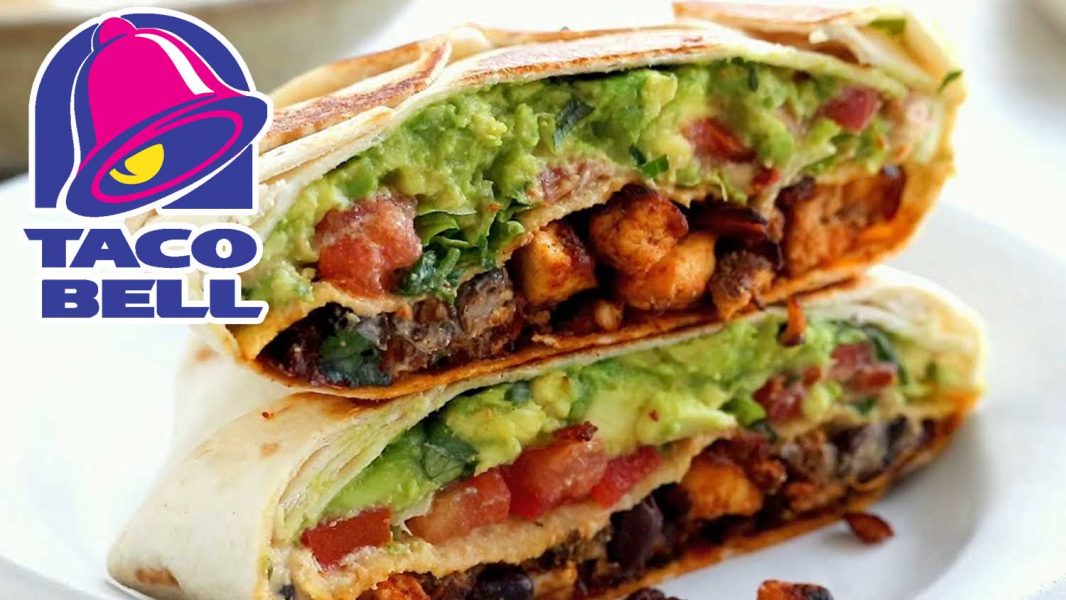 Taco Bell has many appeals—it’s fast, there’s a drive-thru, the food is consistent, and with over 7,000 Taco Bell locations in the US alone, there’s always one nearby. In July 2020, the chain caused an uproar by removing its beloved potatoes—in addition to other items—to make way for new plant-based options in the then-undetermined future. After more than a six-month hiatus, the brand reintroduced this starchy staple as a precursor to more vegan options to come (hint, there’s a partnership with Beyond Meat in the works). The next time you roll through the Taco Bell drive-thru, reference this vegan guide before you place your order. Fresco Style At Taco Bell, this is essentially code for “make it vegan.” Virtually any item can be ordered fresco-style, and the employees know to replace all the animal ingredients with tomatoes. That being said, there are some foods that probably aren’t very appealing when ordered fresco-style (a fresco-style quesadilla is just a folded tortilla with the red fruit). Below, we’ve included the items that offer sustenance even when the animal products are removed. Nacho Fries The crispy potatoes are a fabulous option to spruce up any menu item, but there’s another way to get your spud fix: Nacho Fries. When ordered without the cheese sauce, these Mexican-spiced French fries are vegan-friendly. For more substance, order with a side of guacamole, pico de gallo, or your favorite Taco Bell hot sauce. Cinnamon Twists No shame if you order more than one bag. These crispy, light-as-air snacks are slightly reminiscent of churros and Cinnamon Toast Crunch cereal. Hot Sauce Always order more hot sauce packets than you will actually use in one sitting and keep a stash of this instant flavor-enhancer at home. The Diablo, Fire, Hot, Mild, and Red sauces are all vegan. Black Bean Crunchwrap Supreme Taco Bell managed to invent a food item even more portable than the burrito: the Crunchwrap Supreme. Order this without the sour cream and nacho cheese sauce, and you’re left with a hot, freshly pressed soft tortilla filled with black beans, salsa, lettuce, and a crunchy tortilla shell. Ask for a side of guacamole for dipping. Black Bean Chalupa This fried, flour-based shell is thicker than a crunchy taco and arguably more delicious. Ask for this fresco style and you’ll get a crunchy chalupa filled with black beans, tomatoes, and lettuce. Loaded Nacho Taco Score—this is on the value menu! Ask for this fresco-style and swap the beef with black beans. You’ll receive a flour tortilla loaded with beans, lettuce, crunchy red strips, and tomatoes. Splurge a little and add guacamole, diced onions, and sliced jalapeños. Soft and Crunchy Tacos Replace the beef with either black or refried beans and ask for fresco style on the Soft, Crunchy, or Soft Taco Supreme, and your handhold will be vegan-friendly. You’ll get your choice of taco shell with beans, lettuce, and diced tomatoes. Check out the add-ons at the bottom of this article for ways to customize your tacos. Bean Burrito Surprisingly, the bean burrito isn’t vegan as-is (it contains cheese). However, order it fresco style, and you’re set with a warm flour tortilla wrapped around refried beans, red sauce, diced onions, and chopped tomatoes. Add rice for more sustenance. Power Menu Bowl - Veggie Skip the cheese and ranch, and you’re golden. When ordered fresco style, the deep bowl is made with a bed of seasoned rice, black beans, lettuce, chopped tomatoes, and guac. You could eat it with a spoon, but we prefer to order a side of chips for scooping. Beans and Rice No need to worry about any chicken broth lurking in these staples. Taco Bell’s bowl of black beans and rice is certified vegan. Potatoes As of March 11, 2021, the potatoes are back! Add these to any order to amp up the starchy satisfaction. Add-ons Still hungry? Remember, you can always add these ingredients to bulk up and add flavor to your order: black beans, refried beans, hot sauce, tomatoes, diced onions, rice, guacamole, sliced jalapeños, chips, and red strips. Vegan meat to come Liz Matthews, Taco Bell’s Global Chief Food Innovation Officer, teased, “We have long been a leader in the vegetarian space, but this year, we have more meatless options in store that vegetarians, veggie-curious, and even meat-eaters will love.” The company is partnering with Beyond Meat to develop brand-specific, plant-based meats to add to its vegetarian and vegan menu. While the launch of Taco Bell vegan meat has yet to be announced, we’ll be one of the firsts to spread the word when this information is available. Tanya Flink is a Digital Editor at VegNews as well as a writer and runner living in Orange County, CA. plant-based vegan meat beyond meat meat chicken beef cheese cream