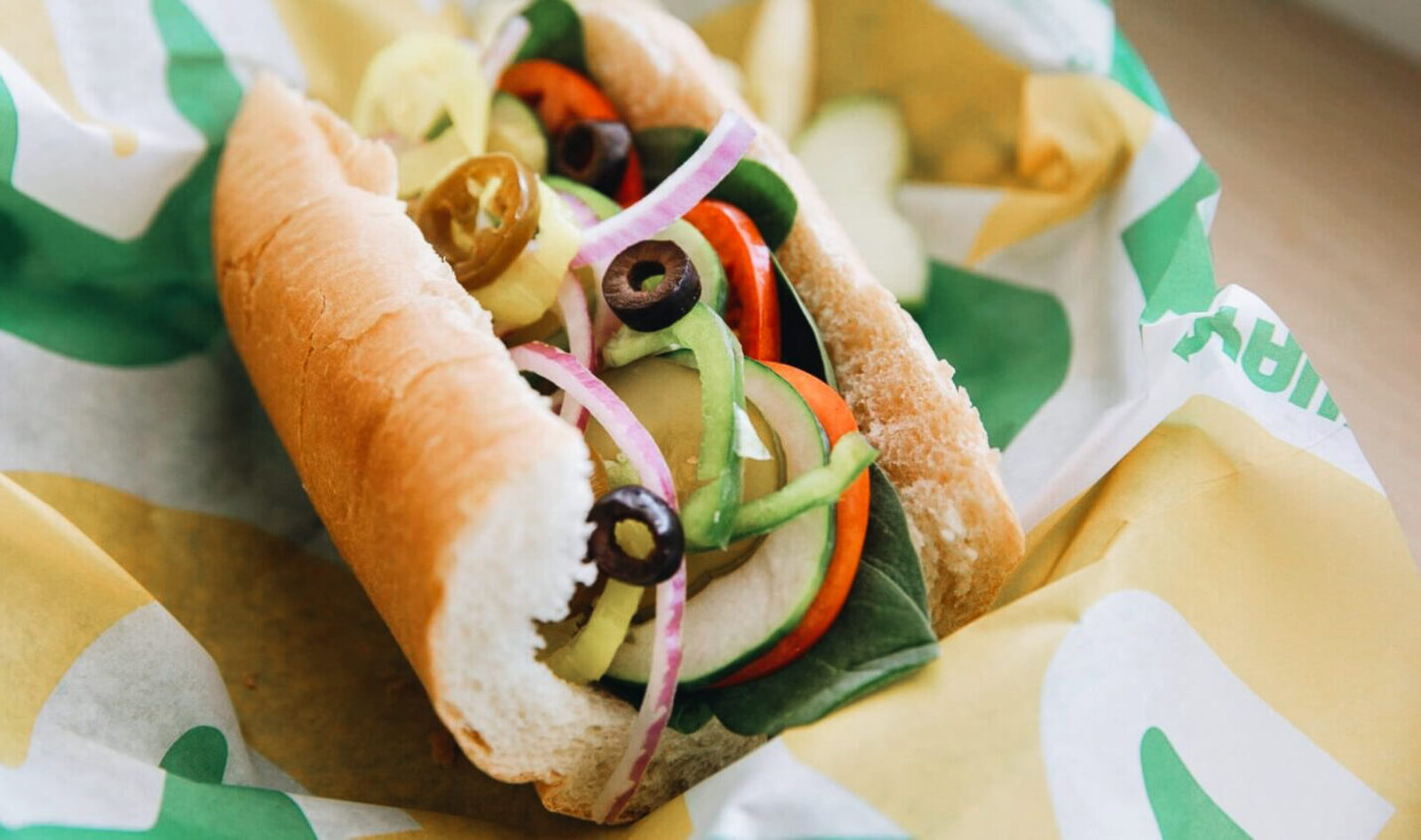 There are more Subways in the world than any other restaurant. This is comforting in the fact that no matter where you are, it’s very likely there’s a sub shop nearby with plenty of vegan options. We dove into the menus around the globe to find all the vegan options—from the standard Veggie Delite to the vegan-friendly regional specialties. Use this guide to learn what’s vegan (hello, Sweet Onion Sauce) and what’s surprisingly not (avoid the 9-Grain wheat bread) before you place your next Subway order.

While mainstream fast-food chains such as Burger King and Carl’s Jr. have added vegan-friendly handhelds to their permanent menus, Subway is yet to unveil a permanent, plant-based offering.

In 2019, the chain made headlines when it launched Beyond Meatball subs across the US and Canada. The excitement was ultimately short lived, as the sub has yet to reappear on US menus. Luckily, just last year, Subway committed to developing more vegan options after the chain faced controversy surrounding its tuna—which a lawsuit claimed was in fact a “mixture of various concoctions […] made from anything but tuna.”

While we wait for more vegan offerings to land on Subway’s menu, check out these plant-based options to help you build the ultimate sub. Vegans, beware: seek sustenance elsewhere during the A.M. hours. There are no vegan breakfast options at this sandwich shop.

At Subway, it begins with bread. The only vegan option available across all locations is the Italian (white), though the chain carries other plant-based bread options that vary by region. These include Harvest, Hearty Italian, Roasted Garlic, Ciabatta, and Sourdough. Both the tomato basil and spinach wraps are animal-free as well.

The condiments at Subway can transform a rather bland sandwich into a handhold you’ll actually enjoy. Vegan-friendly options include:

The options expand even more when looking at the regional variety. Your local sub shop could carry any of the following vegan-friendly sauces and spreads:

At any Subway, vegans can always depend on the Veggie Delite. Make your sandwich substantial by piling on as many vegetables as you like (banana peppers, black olives, peppers, onions, cucumbers, lettuce, tomato, pickles, spinach, and jalapeños) and amp up the flavor with Subway’s vegan-friendly condiments. Beyond this vegetable-loaded sandwich, the chain offers a new Veggie Patty that is suitable for vegans per it’s updated menu guidelines. Fair warning: in the US, the newly plant-based patty isnt available at all locations, so inquire about it’s ingredients before a sandwich artist begins crafting your sub, as the original variety is known to contain animal ingredients.

The vegan salad at Subway is essentially a breadless Veggie Delight served in a bowl. If your local shop offers the vegan Veggie Patty, we highly suggest adding this to make your salad more substantial. Ask your sandwich artist to load up on the veggies and don’t skimp on the guac. Any of the vegan condiments listed above can be used as a dressing.

Subway carries a variety of Lay’s brand chips and Musselman’s squeezable applesauce to supplement its vegan patron’s meals. Just be sure to steer clear of the cheese-flavored Doritos and Sunchips. And unfortunately, the cookies are not vegan.