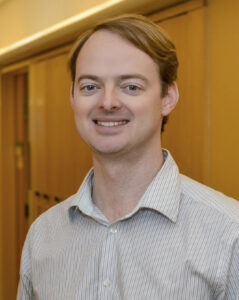 The unique functions of organs, from the forking tubes of our lungs to the textured pockets of our hearts, are predicated by their complex structures. How clusters of cells morph into conserved, complex shapes is, therefore, a key question in basic biology, bioengineering, and regenerative medicine.

A study conducted by researchers at Harvard Medical School (HMS) has shown a new driving force that folds sheets of cells into the delicate tubes of the inner ear. The study conducted on zebrafish reveals a basic mechanism that is likely to be conserved across vertebrates, the researchers said.

The authors proposed that a combination of pressure generated by the patterned synthesis of hyaluronic acid—a gelatinous carbohydrate found in the matrices between cells that swell with water—and molecular tethers between cells that direct the force generated through this swelling, shapes buds and tubes out of flat sheets of cells.

The study was published in a December 22 article in the journal Cell, titled, “Extracellular hyaluronate pressure shaped by cellular tethers drives tissue morphogenesis.”

“This is a very exciting paper that has important implications in developmental biology and tissue engineering. What excites me most is the uncovering of a new driving force for shape changes in developing tissues. Osmotic swelling of locally synthesized hyaluronic acid will provide a new lens for developmental biologists to view key structural transitions during morphogenesis, and a new tool for tissue engineers to direct shape changes in organoids for the purposes of disease modeling and regenerative medicine,” said Zev Gartner, MS, PhD, professor at the department of pharmaceutical chemistry at the University of California, San Francisco, and who was not involved in this study.

Sean Megason, PhD, professor of systems biology in the Blavatnik Institute at HMS and corresponding author of the paper said, “Right now tissue engineers are trying to build tissues without knowing how cells normally do this during embryonic development. We want to define these rules such that cells can be programmed to assemble into any desired pattern and shape. This work shows a new way in which cells can generate force to bend tissues into the right shape.”

“I joined the Megason lab to study a complex tissue development problem. The semicircular canals of the inner ear in fish offered complexity, beauty, accessibility, and a system where much could be learned about the principles of morphogenesis,” said Akankshi Munjal, PhD, a postdoctoral fellow and lead author of the paper, who is currently setting up her own lab in the department of cell biology at the Duke University School of Medicine. “We report a new and alternative mode of making a tube, which may be widely applicable to other organs and tissue engineering.”

Earlier studies on how tissues form structured organs proposed contractile proteins within cells such as actin and myosin generate the required morphogenetic forces while the extracellular matrix plays a passive role. The current study challenges the earlier model by showing conventional actomyosin-driven behaviors are not required in shaping the semicircular canals of the zebrafish’s inner ear. Instead, the authors contend, osmotic pressure in the extracellular matrix is the driving force in the formation of structure (morphogenesis) rather than the contraction of actin and myosin within cells.

“We used in toto imaging to watch every cell as the tissue was being built, which allows us to reconstruct how it happens,” said Megason.

Munjal said, “Zebrafish are transparent, so we just stick them under a microscope and look at this entire process from a single cell to a larva that can swim and has all its parts.”

The three semicircular canals of the inner ear are fluid-filled tubes that help the organism maintain balance and orient itself in space. How semicircular canals form is still unclear, in part because in most species they are hidden by overlying structures. Zebrafish are an ideal model to study the development of the inner ear since here the canals form close to the surface, allowing researchers to watch them develop under a microscope.

The researchers showed polarized proteins they call “cytocinches,” such as actomyosin and E-cadherin, act as connecting cords between cells. These cytocinches restrict the isotropic hyaluronate pressure in specific directions (anisotropic pressure) to shape sheets of cells into tubular structures.

“It’s like if you were to put a corset on a water balloon and deform it into an oblong structure,” said Munjal.

Megason said: “Time will tell exactly what the balance is between the molecular approaches of actin and myosin and the more physical approaches of pressure.” He hopes the new findings will encourage scientists to probe into other mechanisms that may be involved in shaping tissues.

Since hyaluronic acid is synthesized in different tissues across species, these new mechanistic findings have broad implications. In addition, the new insights can inform bioengineering applications that attempt to culture entire functional organs and organoids from stem cells.

“We’re trying to dissect the steps of how a complex organ such as the inner ear is made in vivo, and then quantitatively understand those steps. We hope this will set the foundational groundwork for having cells grow into whatever pattern and shape we want,” Megason said. “In the future, we would like to use this new mechanism of force production to program tissue shape formation in a synthetic context.”

The post How to Make an Ear appeared first on GEN - Genetic Engineering and Biotechnology News.