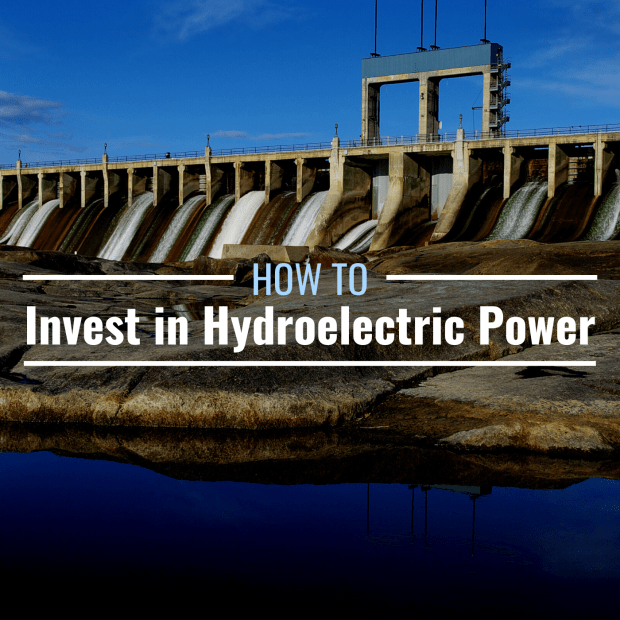 What Is Hydroelectric Power?

How Does Water Produce Electricity?

Hydroelectric power traces its roots to hundreds of years ago when flowing water was used to turn a wheel that ground wheat into flour. Water was also used to turn leather belts that moved saws for making lumber. Nowadays, there are various systems designed to capture the flow of water into hydro turbines that generate electricity, and locking in that power into storage batteries is a viable option.

Conventional hydroelectric facilities include a run-of-the-river system, in which a river's current flows through a turbine, and a storage system, in which water from a reservoir is released, but controlled, into turbines.

A pumped-storage hydropower facility involves pumping water into a reservoir, usually at an elevation higher than the water’s source, and the controlled release of water flows into a turbine. However, pumped storage systems tend to use more power than they produce, resulting in net negative electricity generation balances.

Most hydropower facilities in the U.S. have dams and storage reservoirs, but dams built decades ago weren’t designed for electricity generation—with a small fraction now able to do so.

Wave energy is a type of energy that can produce electricity by capturing the kinetic energy of waves to turn a turbine. Its use is mainly offshore in open water. Wave energy facilities aren’t very widespread compared to river hydropower systems, but the EIA estimates that the annual energy potential of waves off American coasts could generate as much as 2.64 trillion kWh annually.

Which Areas in the U.S. Are Ideal for Hydroelectricity?

Hydropower relies on facilities being near a source of water. Some areas of the U.S. are ideal because of plentiful rainfall or snowfall. The Pacific Northwest, for example, has more rainfall than parts of the continental U.S. Snow collects in mountains during wintertime, and in spring, that snowmelt feeds into rivers and tributaries, where hydropower plants can be built to take advantage of the flow or storage of water to turn turbines.

Almost all of the hydropower in the U.S. comes from land-based facilities, with very little off-shore production. In 2021, just five states accounted for more than half of the total hydroelectric power production across the U.S.: Washington (27%), Oregon (11%), New York (11%), California (6%), and Tennessee (5%).

Almost all of the hydroelectric power generation in New York comes from the Niagara River, which feeds into Niagara Falls. The state-controlled utility’s power plants at Niagara Falls produce 28.7 billion kWh of electricity each year, which is enough to power 287 billion 100-watt light bulbs.

How to Invest in Hydroelectric Power

There are not many publicly traded companies that focus solely on hydroelectric power, and dedicated indexes and exchange-traded funds are hard to come by. That may mean focusing on indexes and ETFs for alternative renewable energy. Stocks are typically utilities that can build large-scale electricity-generation facilities. Additionally, there are few listed companies available for trading since many utilities that engage in hydropower are state-controlled.

Are There Limits to Increasing Hydroelectric Power Production?

Environmentalists oppose development of water resources in certain areas amid concern over the impact of power-generating facilities on fish, wildlife, and plantlife. That opposition may be a barrier for construction of new facilities unless legislation or court rulings allows for such development.

Since hydroelectric power plants are dependent on water, drought or little rainfall or snow can have a major impact on hydropower. With no water available, turbines would be idle.

Water sources and the force of flow of water in rivers also can limit construction of facilities. The Midwest provides little potential for hydropower construction, but eastern and western states, with their proximity to mountains, provide potential.