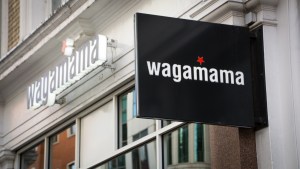 In big news for Brits today, high street restaurant chain Wagamama is dropping its own vegan version of fish and chips.

As ever, the dish is inspired by Asian cuisine. And, its Veganuary 2022 debut is part of a wider menu that is over 50 percent plant-based.

Customers can try the new dish in restaurants or via Deliveroo for £12.95. It is only available this month across the UK, excluding Northern Ireland.

The launch comes just months after Wagamama dubbed itself the “first” UK restaurant chain to veganize its menu by more than 50 percent.

It made the drive in order to help fight against the climate crisis, the launch of its latest dish being another cog in the plan.

In a statement sent to PBN, global head chef Steve Mangleshot said: “Tempura F-ish and Bang Bang Yaki-imo brings the vibrant flavors of Asia to a classic every Brit knows and loves.

“We wanted to both surprise and delight our vegan fans, while also empowering our meat-loving guests to give plants a go this Veganuary.

“For us, it will always be about creating incredible soulful dishes which happen to be plant-based.

“…We aim for our vegan dishes to excite every guest no matter their dietary preferences.”

You can find out more about the dish via Wagamama here

The post How To Get Your Hands On Wagamama’s Vegan Fish And Chips This Veganuary appeared first on Plant Based News.