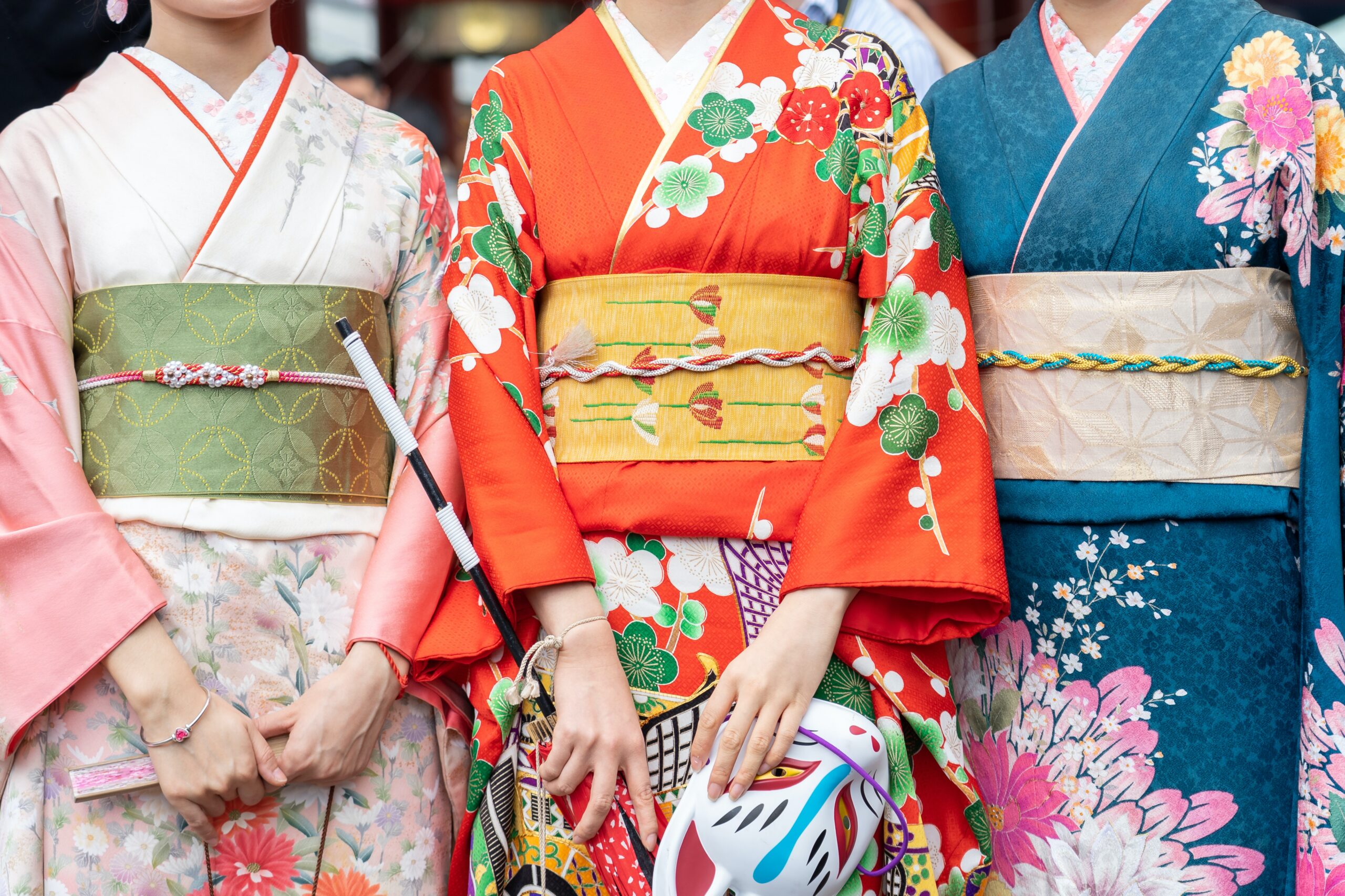 A woman in Suzhou, China, was reportedly detained recently for “provoking trouble”. Her alleged crime was being spotted outside wearing a kimono. The woman was dressed like a character from a manga (a Japanese comic). Arresting her might seem dramatic but there is more at play here than a simple fashion faux pas.

Clothing is a cultural identifier and, to many, a symbol of national identity and pride. When you think of the kimono you might think of Japan. However, the garment is rarely worn in Japan now, other than at traditional festivals or celebrations. As a result, the kimono industry, which experienced a boom in the 1980s, is currently experiencing a massive downturn.

The kimono worn today, however, is not an indigenous invention of the Japanese. It can be traced back to the 7th century when the Imperial Court began to wear garments adapted from Chinese styles.

Despite these Chinese origins, the kimono is a major cultural signifier of Japan globally. And, in many Asian countries, particularly those which were brutally colonised by Japan, the kimono remains a symbol of oppression.

From folk clothing to works of art

There is a long history of sartorial similarities between Japan and China.

Chinese explorers in southern parts of ancient Japan around the 3rd century BC observed people wearing simple tunics, poncho-type garments and a type of pleated trouser and top. These were similar to clothes worn in parts of China at that time. Images of priestess-queens and tribal chiefs in 4th century AD Japan also show figures wearing clothing like those worn by the Han dynasty China.

The first ancestor of the kimono appeared in Japan in the Heian period (794-1185). Still often worn with Chinese-style hakama (pleated trousers or long skirts), this garment was made from straight pieces of cloth fastened with a narrow sash at the hips. By the Edo period (1603-1868), everyone wore a unisex garment known as a kosode, made from straight pieces of fabric sewn together like today’s kimono.

In the early 1600s, Japan was unified by the Shogun Tokugawa into a feudal shogunate (a kind of military dictatorship) with Edo (now Tokyo) as the capital.

Japanese culture developed during this period with almost no outside influence, and the kosode, as a precursor to the kimono, came to represent what it meant to be Japanese.

Folk clothing and work clothes were also based on front wrapping (left over right), drop-sleeved tops and fastened with strings or cords following a basic kimono pattern. The role of kimono-making developed, and the value of some kimonos increased to the level of priceless works of art.

A symbol of Japanese culture

After previous eras of a “closed” Japan, the Meiji era (1868-1912) marked a period of rapid modernisation and foreign influence. The kimono, meaning “the thing to wear” had a proper name and officially came into being.

This was despite a new imperial edict that rejected old dress as “effeminate” and “un-Japanese”. As a result, men, government officials and military personnel were encouraged to wear western clothing, yōfuku, rather than traditional wafuku.

But as Japan was undergoing fundamental change on multiple levels, the sight of women wearing kimono was reassuring and a popular symbol of Japaneseness.

Women started wearing more western-style clothes, specifically underwear for women, after the Great Kanto earthquake in 1923. It was felt that a sense of shame in exposing themselves prevented many women from jumping or being rescued from the upper floors of buildings. The possibility that fewer women would have lost their lives in the disaster had they been wearing yōfuku or at least underwear beneath their kimonos was a catalyst for general westernisation.

Japan’s Showa era began in 1926 when Emperor Hirohito ascended to the throne. This period spanned two world wars and the rise of strident cultural ultranationalism and has been described as the most momentous, calamitous, successful and glamorous period in Japan’s recent history.

For those with a belief in the idea of Japanese uniqueness (Nihonjin-ron), which became especially popular after the second world war, the kimono (along with other aspects of Japanese culture) was considered superior to the western alternative. While the actual wearing of the garment decreased, the kimono’s symbolic status in Japan increased.

By the 1930s, Japan was a major colonial power, having transformed from a weak, feudal society into a modern, industrial, military power in the 1890s. As such, the nation had launched territorial conquests into neighbouring countries.

So, while people in Japan were “dressing the part” in a bold attempt to look powerful to the west, Japanese occupiers in Taiwan and Korea were actively encouraging local women to wear the kimono in order to display Japan’s superior role and “greater east Asian co-prosperity” in the region.

A study of how the kimono was perceived in Taiwan and Korea during the Japanese colonial period from 1895 to 1945 showed that the Japanese kimono is clearly linked to Japan’s colonial control and war responsibilities. The weaponisation of such a beautiful and elegant item of clothing has clearly left its mark.

As the woman who was arrested in China recently was reportedly warned:

If you would be wearing Hanfu (Chinese traditional clothing), I never would have said this, but you are wearing a kimono, as a Chinese. You are Chinese!

The kimono remains a symbol of Japanese tradition and a reminder of the dangers of nationalism for countries of wartime occupation and atrocities. But as Japan is preparing to double its defence budget, raising questions over its pacifist identity since the post-war period, and China is flexing its muscles in Hong Kong and Taiwan, there should be more for officials to worry about than a woman clad in a kimono.

Ella Tennant does not work for, consult, own shares in or receive funding from any company or organisation that would benefit from this article, and has disclosed no relevant affiliations beyond their academic appointment.