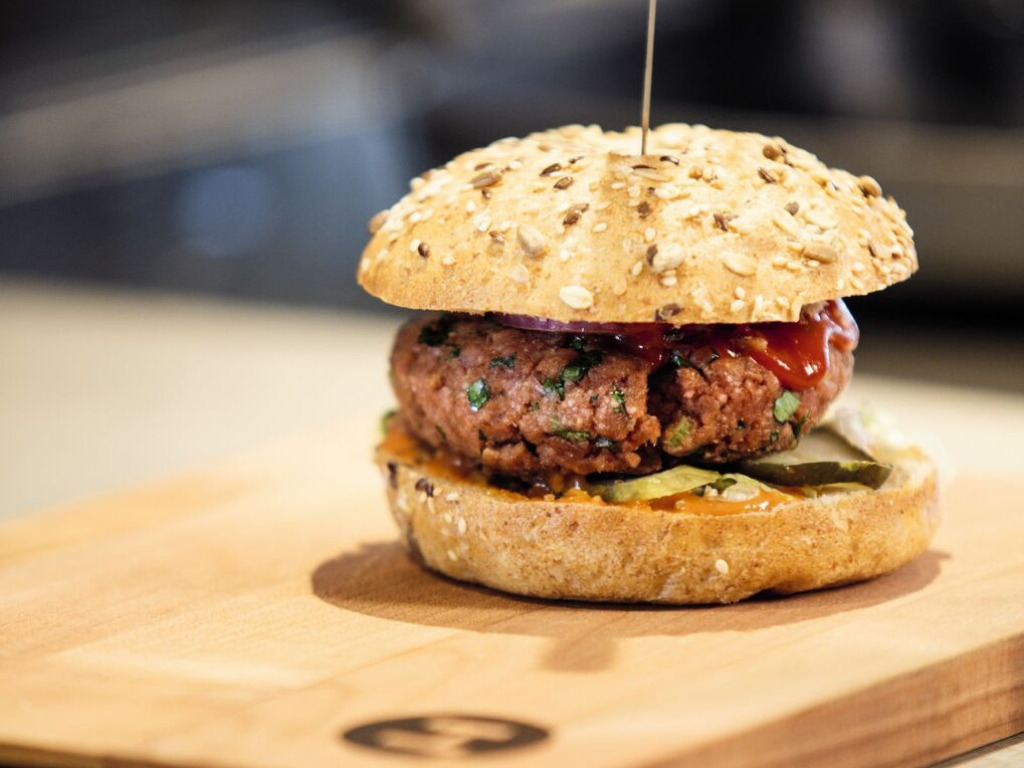 At its recent 2022 Networking Days event in Uzwil, Switzerland, Bühler announced several key initiatives that focus on the changing protein landscape. The timing is crucial as approval for cultivated meat is likely to happen in key markets within the next 12 to 18 months after the successful Singapore approval of Good Meat’s cultivated chicken in 2020.

Demand for plant-based protein continues its climb in developed markets such as the U.S. and Europe, and in new markets including Asia and Latin America.

The Cultured Hub in Kemptthal

To that end, the company is launching The Cultured Hub in Kemptthal near Zurich, which it says is nearly complete. It’s a joint venture between flavor giant Givaudan, Swiss supermarket giant Migros, and Bühler. The facility will support the acceleration of large-scale fermentation and cultivated food production.

“We want to accelerate fermentation and cultured meat by offering startups the opportunity to test their products earlier, and not have to invest in a huge facility to do so,” Roberts said.

“The challenges posed by climate change, increasingly depleted resources, and a growing global population expected to exceed 10 billion people by 2050 require a reimagination of our food system,” the company says on its website. “Sustainable food cultivation is key in meeting these challenges. Increased global customer demand for sustainably and ethically produced healthy, and tasty food products further substantiates the need for change.”

It will also explore partnerships that bring biotechnology, precision fermentation, and cellular agriculture to a number of key areas, namely animal feed, in a move it says will support a more sustainable value chain worldwide. It recently launched a joint venture with Austrian pharmaceutical and biotechnology company ZETA for that project.

“Harnessing bioprocessing for the food and feed industry is not new, but it needs to be applied at scale,” Roberts said of the launch. “Technologies such as precision fermentation and cellular agriculture offer the potential to drastically reduce the land and CO2e footprints of food and feed production. This is a potential pathway to produce food and feed for a growing world population whilst respecting the limits of the planet.”

But for Bühler, it’s not just the controversial, complicated food tech of cultivated meat that’s on the table. In a partnership with Germany’s Flottweg SE, Bühler is working to accelerate plant-based products as demand rises, with an emphasis on protein isolates. Flottweg specializes in mechanical separation technology, a process Bühler says supports its production processes. This will accelerate the development of sustainable proteins.

It’s a move that Andreas Risch, Head of Business Unit Special Grains & Pulses at Bühler, says will increase offerings to its customers in the whole protein processing space, “in particular toward protein isolation but also for all the applications where a solid-liquid separation step might be required.”

Where all of these technologies intersect is the booming demand for alternatives to the current protein systems. Consumers are seeking healthier options, which include a shift away from red and processed meats that have been classified by the World Health Organization as likely and probable carcinogens. Consumers are shifting away from animal protein because of the impact on the planet, too. As evidence of human-caused climate change is becoming increasingly more evident, more consumers, particularly the climate-sensitive Millennials and Gen-Z, are opting for smaller-footprint foods.

For Bühler, that means a shift to its entire value chain. The market leader in dry processing technology says it wants to improve its sustainability efforts and reduce its carbon footprint. It recently partnered with the German engineering company Endeco to help achieve that goal. The partnership includes a Protein Lab aimed at developing value chain solutions.

Aligned with Endeco, Bühler says it will be able to not only meet the growing demand for alternative protein sources and develop processing solutions with a lower carbon footprint, but it will also be able to offer its customers end-to-end solutions including wet and dry processing.

“Together with Bühler we will not only help meet growing demand for more sustainable sources of protein, but also improve the environmental footprint of the processing technology itself,” says Karl-Heinz Bergmann, owner and CEO of Endeco.