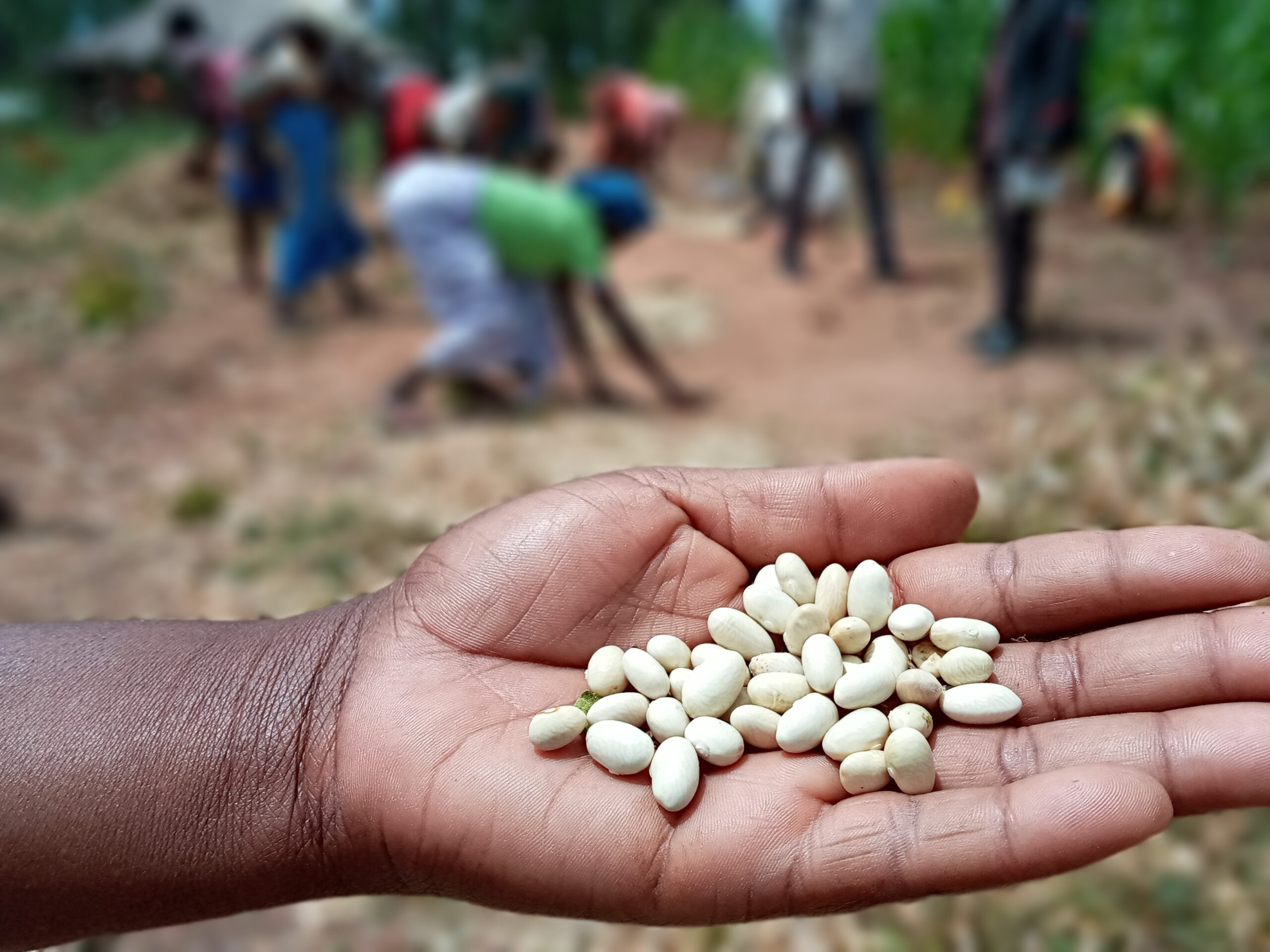 February 10 marks World Pulses Day. A day dedicated to celebrating beans and lentils doesn’t seem worth getting excited about – but it should be. Because there are hundreds of forgotten and sidelined bean species that could change the game when it comes to improving global food security and cutting world hunger.

World Pulses Day was established by the UN General Assembly in 2019 to raise awareness of the nutritional importance of pulses: a group of edible grain legumes that are part of the bean family (scientifically known as Leguminosae or Fabaceae). Examples include chickpeas, kidney beans and pigeon peas.

Most legume plants, including pulses, have evolved the ability to create their own nitrogen fertilisers from the air through specialised nodules on their roots. That means these plants can survive in low nitrogen soil without needing external fertilisers, making them highly resilient and able to grow from the Arctic Circle to deserts. What’s more, this increased nitrogen gives legumes their high protein content, since nitrogen provides the building blocks for protein.

Read more: Why the humble legume could be the answer to Europe's fertiliser addiction

The world’s human population gets more than half its calories from just three crops: rice, wheat and maize. But these carbohydrate-rich crops require huge amounts of fertilisers and water to grow. The humble bean asks for much less.

There’s another problem with relying on a small number of energy-dense crops for food. When they’re not supplemented with more nutrient-rich food, undernourishment and malnutrition can result – affecting children the most.

There’s an urgent need to solve children’s malnutrition in areas of Africa such as the Central African Republic and Cameroon, where cassava, another energy-dense plant, is the staple food crop. Cassava contributes to about 40% of the food consumed in tropical regions of Africa. However, cassava is very limited in nutrients, particularly protein, vitamin A, iron and zinc.

A lack of crop diversity also leaves us more susceptible to the worst effects of the climate crisis. The world’s first famine caused by climate change has already begun in Madagascar, where rice and cassava are the two most important food sources for the population. A UN report calls for major changes in our food system to address poor food security: in particular, increasing crop diversity to guard against these increasing dangers from famine, drought and disease.

And as world hunger rises – due in part to the pandemic – we urgently need to help nutritious, resilient food plants grow in the areas they’re needed most.

Which beans are best?

It’s clear that our current food system is unsustainable, particularly since global populations are projected to hit nearly 10 billion by 2050. To change it, we need to plant and consume more pulses: starting by rediscovering our shared wealth of forgotten legumes.

A report from Kew has identified at least 7,039 edible plant species, with the legume family most heavily featured: many of which have been neglected due to our global reliance on the three staple crops.

Not all legumes are created equal. Soybean, despite being a legume, is not a sustainable crop due to its high water usage. It’s also been a driver of deforestation, most notably in the Amazon. Instead of this, we can start reintroducing forgotten legumes like lablab and bambara groundnut back into our food systems. Most of these beans have connections to local traditional knowledge and can help improve regional food security, in turn alleviating world hunger.

For example, crops like the African yam bean grow high-protein edible beans and tubers (specialised, swollen stems) on one plant. This bean also replenishes soil with nutrients and is highly adaptable to varying climates.

Due to its tubers – that act as water reservoirs – this crop can withstand drought, so is used as a “security crop” in rural areas of Nigeria to buffer any unexpected loss of other crops. The high protein content in both its beans and tubers has also been proven to have combated malnutrition during the Nigerian civil war in the 1960s. Now categorised as a forgotten crop, this bean has high potential to be reintroduced as an alternative, sustainable protein source.

Read more: Why boosting legume production will lift the gloom for African farmers

And we musn’t overlook bacteria: a vital tool for reviving forgotten the role of legumes in resilient food systems. Nodulation in legumes – allowing them to fix nitrogen and increase their protein content – can only occur in the presence of special soil bacteria, called rhizobia. As forgotten legume crops are largely understudied, most of these legumes’ rhizobial partners are currently unknown.

Identifying and recording the associated rhizobia of these crops, especially those from their native soils, is important for maximising efficient nitrogen fixation and soil health. The legume biology field needs to widen its research scope from model legume plants (like Medicago truncatula and Lotus japonicus) and commercial legume crops to also include unique forgotten legumes with different physiologies.

In order to take advantage of the superpowers of legumes, we should grow more of them alongside the right kinds of bacteria. That way, we’ll be much better placed to deal with any sudden shocks to our food systems.

Nadia Radzman receives funding from Global Challenges Research Fund (GCRF) and Cambridge-Africa ALBORADA Research Fund for her project on the African yam bean. She is a research associate at the Sainsbury Laboratory Cambridge University (SLCU) studying legume development. She is also the co-chair of Cambridge University Food Security Society (CUFSS) and an active member of the Cambridge Global Food Security Society.