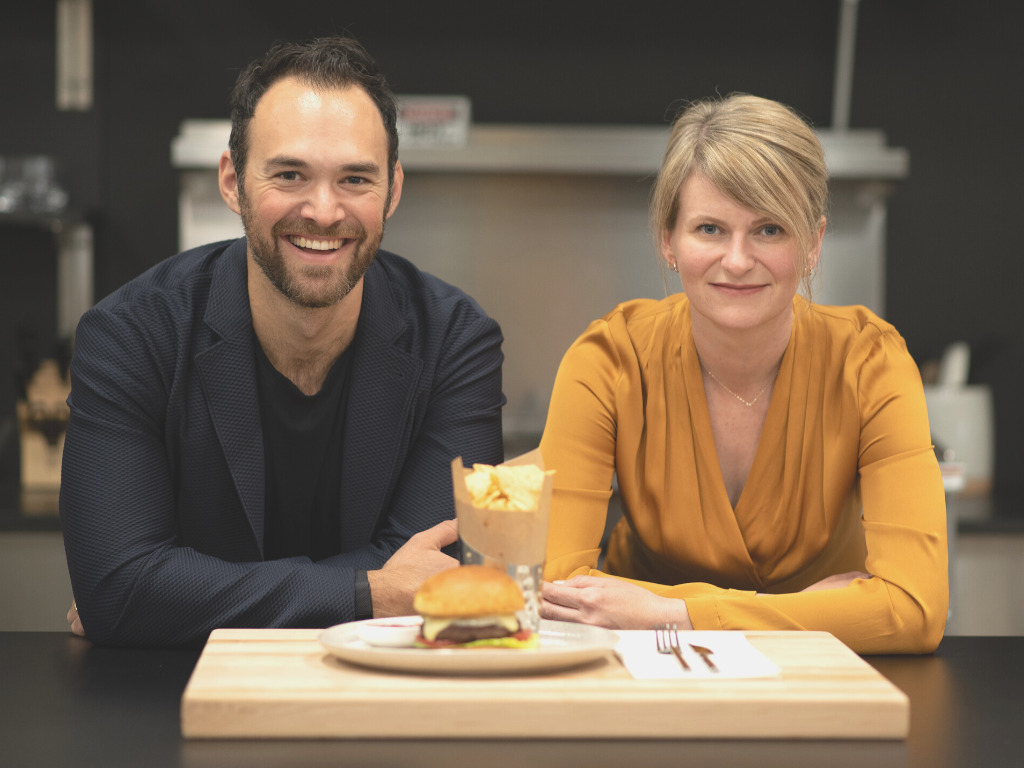 Bay-Area #food-#tech startup SCiFi Foods has emerged from stealth mode with a game-changing announcement for the cultivated meat sector. The company says it has achieved price parity with beef using a proprietary tech combination involving its own high-throughput cell line engineering and CRISPR technology.

“We’ve known from day one that by opting to work on cultivated beef, we were choosing a much bigger challenge in terms of the science and technology required,” SCiFi Foods CEO and co-founder Joshua March said in a statement. “However, beef is the ultimate prize—with both the biggest market demand and the biggest climate impact. This breakthrough illustrates the power of our bioengineering strategy, and is a huge testament to our team and the platform they’ve built.”

According to SCiFi, its first R&D announcement is also a world’s first achievement—the company, which has raised more than $29 million to date, is the first to produce edible cultivated beef cell lines that grow in a single-cell suspension. “This not only validates SCiFi Foods’ cell line engineering strategy and platform, but also allows the company to reduce the cost of growing its beef cells at scale by at least one thousand times—the biggest zero to one in cultivated meat,” the company said. The milestone cements cultivated meat as a viable alternative to conventional meat production and its environmental and ethical issues. SCiFi says the tech has allowed it to reduce the cost of cultivated meat by more than 1,000 times current production costs—this development achieves price parity for cultivated beef grown at scale. The result is a “blended burger” that’s part plant-based and part cultivated meat, for less than $10 per burger. The achievement comes less than a decade after the first cultivated beef burger was introduced in The Netherlands. That burger, developed by Mark Post and Peter Verstrate, cost $330,000 to produce. SCiFi says most companies working to produce cultivated meat are attaching cells to a surface or using microcarriers. This poses some barriers, the company says, including limits on cell density, is more expensive, and has not been demonstrated at large scale. The new single-cell breakthrough allows the use of standard large-scale bioreactors, which is more economical to produce, the company says. The single-cell tech has been used in producing cultivated chicken and fish cell lines, but this is the first time a company has successfully produced beef.

Part of the development comes by way of the controversial CRISPR technology. That tech, developed by American biochemist Jennifer Anne Doudna, a Fellow of the Royal Society, was adapted from a genome editing system that bacteria use for immunity. By capturing and inserting small pieces of DNA from the attacking virus into their own DNA, bacteria create what’s called CRISPR arrays. The technology has been eyed as a potential embryonic treatment for a number of hereditary diseases including hemophilia, cystic fibrosis, Alzheimer’s, and Parkinson’s, among others. But for all of its potential, the tech has also brought controversy as studies have found that altering the DNA of embryos or eggs and sperm could cause mutations that create other health threats. The risks don’t just impact the embryo at hand, either; genetic changes would alter the health and health risks of future generations, too, research has found. The tech is unlikely to pose risks to humans who consume CRISPR-edited cultivated beef, however. Just in the same way that eating meat from an animal with brown eyes doesn’t change the consumer’s eye color, the tech would be unlikely to alter human DNA. SCiFi isn’t the first to explore CRISPR in developing cultivated meat. Fellow California-based company Upside Foods patented a CRISPR tech in 2017 which it said could modify cells into perpetual replicative states. SCiFi says the new achievement will see cultivated beef prices drop even further; it says with a large-scale production plant coming, it can reduce the cost to just $1 per burger. “Cultivated meat has the potential to disrupt the trillion-dollar meat market and help build a more sustainable future, but cost has always been its biggest challenge. With this milestone, we’ve proven that potential is realistic with our ability to engineer beef cells that grow at low cost and large volumes,” said SCiFi Foods CTO and co-founder, Kasia Gora, PhD. “A decade ago, when the first lab-grown burger debuted in the press, it seemed like a pipedream,” she said. “So we are proud to be taking a major leap towards making cultivated meat a reality for everybody.” The post How Cultivated Meat Startup SCiFi Foods Used CRISPR to Achieve Price Parity With Beef appeared first on Green Queen. meat chicken fish eggs beef burger plant-based alternative lab-grown startup