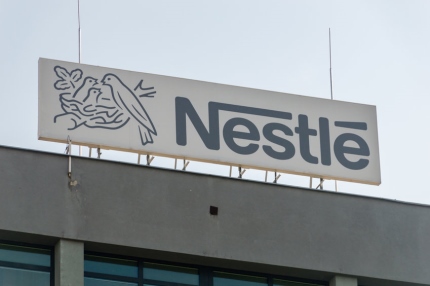 Investors Alley
High-Quality Growth From a Leader In Billionaire Brands

2022 has certainly brought about a change in market sentiment. No longer favored are the “to the moon” technology companies boasting about how they were “disruptors” with fast growth. To say the least, many of these firms were big on promises, but delivered few real results.

Back into favor are the companies almost forgotten by the market: strong companies growing steadily, no matter the economic conditions.

One such company—and one of my all-time favorite long-term holdings—is the world’s largest food and beverage firm, Nestle (NSRGY).

Nestle started as an infant formula manufacturer in Vevey, Switzerland in 1867, and now owns more than 30 billionaire brands, which account for three-quarters of the company’s sales.

When Nestle posted 3.3% higher sales of $94.55 billion in 2021, the brokerage firm RBC Capital Markets, summed up my thoughts perfectly: “Really boring (we love it).”

It’s not an easy time to be in the food industry. The sector is caught between trying to pass cost inflation from surging transport and raw materials prices onto customers, and those same consumers’ increasingly tight budgets.

But because of its stable of well-known brands, Nestle is doing well. These brands have inspired surprising levels of customer loyalty, allowing the company to raise prices five times since the start of 2020, without seeing any substantial drop in sales.

In fact, in its most recent results, Nestle posted a 7.6% organic sales growth for the first quarter of 2022, a figure that exceeded the 5.2% average price hike across its product line since the start of 2022.

Part of Nestlé’s pricing power is explained by the fact that more than one third of its brands are premium offerings like Nespresso coffee capsules, whose consumers are typically more able to stomach price rises than those in lower income brackets.

Nestlé says that, so far, both its affordable and premium product segments have both grown faster than the company average this year.

Nestle management does expect to see some effect on sales volumes in the coming months as inflation continues running hot. Still, Nestle plans to raise prices again sometime in 2022. This is why the company estimates that underlying operating profit margins will remain stable at between 17% and 17.5%, in line with 2021.

However, behind this momentum, there are a lot of changes underway at Nestlé. A new company, of sorts, is emerging, thanks to a five-year business transformation that has left Nestle well positioned to weather inflation and recession (stagflation), despite being in a sector exposed to consumer sentiment.

Now, let me explain why it is a “new” Nestle.

When Mark Schneider took over as CEO in 2017, he and began to transform Nestle.

This involved selling off a fifth of its brands, and exiting laggard categories such as skincare, U.S. bottled water, and cold cuts.

Schneider focused on investing into high-growth product categories such as coffee, health and wellness, and pet food. Collectively, this high-growth segment climbed to two-thirds of all sales by 2020, from around half a decade earlier. That helped push operating profit margins up by a full percentage point—to 17.4%—in the four years to 2021.

In the health-related segment, Nestlé acquired the plant-based protein brand Orgain and supplements maker The Bountiful Company in the last year.

More importantly, its R&D spending has ramped up to two billion Swiss francs ($2.08 billion) per year, equivalent to 2% of sales. This is a high level for the food sector, and has allowed Nestlé to expand or enter new markets with the launch of vegan KitKats, plant-based tuna, and plant-based coffee creamer.

It is interesting to note that consumers have been having their cake, eating it, and then following it up with some healthy food, too. Nestle’s confectionery sales outpaced the company average with organic growth of 10.5% in the first quarter of 2022. Meanwhile, the company also added more than $830 million in sales of vegetarian and plant-based foods in 2021, with double-digit growth in the category.

Morningstar described Nestle this way: “Nestle is not immune to inflationary pressures, but wide

moat supports best-in-class performance.” I believe it is the class company in the food sector.

At about 18 times earnings, Nestle’s shares are actually cheaper than Procter & Gamble (PG) with a p/e of 25 times, and PepsiCo (PEP) with a p/e of 23 times. Yet, the company has performed better than its peers.

Nestle’s consistent mid-single-digit growth has meant the company has been able to quietly raise its dividends for the last 26 consecutive years, making it a so-called “Dividend Aristocrat,” even though it’s not a U.S. firm. And this impressive track record shows no sign of stopping.

Through a combination of dividends and share buybacks, Nestle has been able to distribute 185 billion Swiss francs ($192.37 billion) to shareholders between 2007 and 2021. This pattern of predictable returns led to the stock being crowned the “king of the bond proxies” by European analysts at Barclays Capital.

Nestle has the financial firepower to deliver another $10.4 billion of planned buybacks in 2022 to support its shares. If it needs more financial ammunition, it does have the 20% it still owns in cosmetics giant L’Oreal (LRLCY). The company has been selling off chunks of it over the past five years.

Bottom line, Nestle is hard to beat as a defensive stock holding. If the market keeps on its path in 2022, demand for Nestle’s shares will increase as investors’ stagflation fears deepen in the months ahead.

For the first time ever, I’ve found two stocks that are not paying dividends annually… not quarterly… not monthly… but weekly.

Every Week, one of these stocks will pay out a dividend. It’s a conservative fund based on fixed-income investments. It’s not one single company. Rather, it’s a collection of strong companies like Delta and Ford. Except, you won’t have to wait for quarterly dividends from them. Expect them weekly!

Want more conservative dividends? This second weekly payer also sends dividend checks out this Thursday. What’s great about them is it’s not a single stock. Rather, it’s a fund diversified across 300 strong companies such as JP Morgan and Procter & Gamble.

Click here for how to get the names and tickers

High-Quality Growth From a Leader In Billionaire Brands
Tony Daltorio