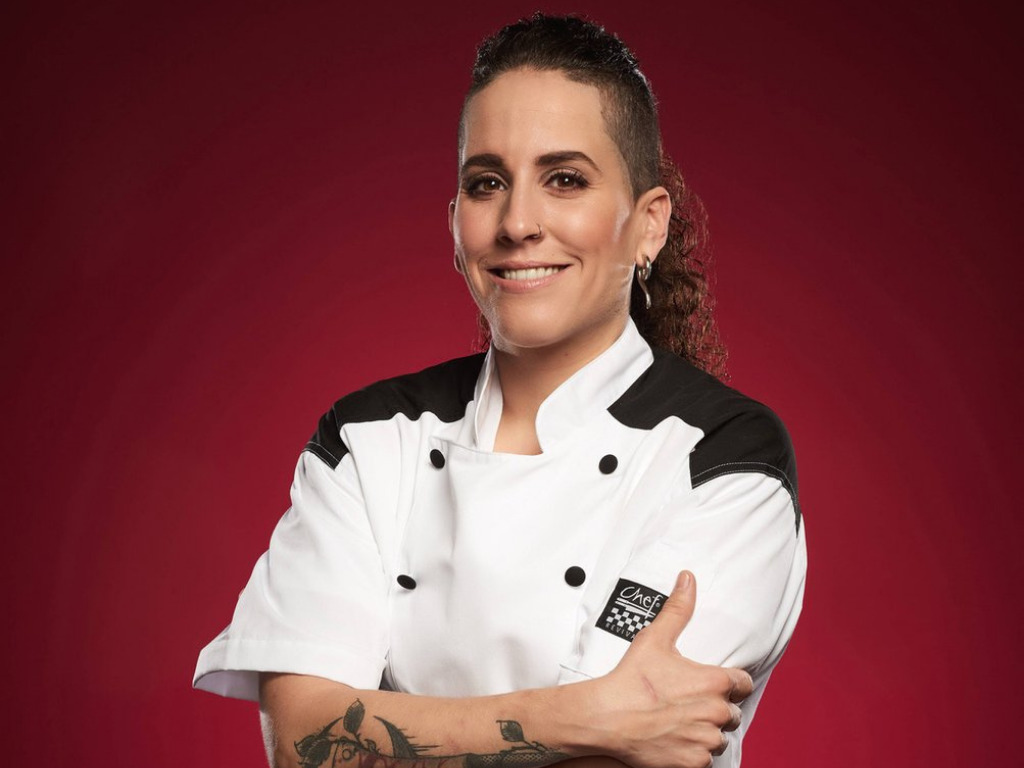 Robyn Almodovar, a chef known for her appearances on Hell’s Kitchen and Chopped, has been working with Florida-based Future Foods since 2020. The two joined forces to launch a new vegan meat brand, dubbed PAOW! Standing for “People And Our World”, the range has been developed to help people shift towards plant-based eating, without sacrificing favourite dishes.

PAOW! taps into two trends in one: plant-based eating and clean label foods. The meat is made using three simple ingredients, including non-GMO soy as the base. Seven varieties have been confirmed for a retail launch this coming autumn. Rotisserie, Korean BBQ and Southwestern style are among the flavour profiles set to debut. Almodovar has been developing recipes that demonstrate the versatility of the meats.

Turning PAOW! into a consumer-facing brand

To date, PAOW! products have only been available through Dot Foods, with foodservice sectors having exclusive access. The vegan meat can be found in healthcare, educational, and hospitality settings, but they will be made available direct to consumers in light of increased demand. “By developing a full line of premium clean labeled plant-forward, meat alternatives, with zero compromise on taste and texture, we look to lead the plant-based protein shift; we look to provide great products to the consumer, that in return, make a positive impact on our plant and the environment,” Alex Kramarchuk, CEO of PAOW!, said in a prepared statement. “Our brand stands apart from competitors because we are meeting increased consumer demand for a clean-labeled, versatile, premium quality plant protein solution for every meal.” The retail launch will see products offered via the brand’s website, with nationwide U.S. shipping.

As PAOW!’s corporate chef, Almodovar helps to develop new flavours, recipes and relevant industry relationships. She states that her ambition is to teach home cooks how to use the products while getting out of their comfort zones. To date, she has reimagined classic dishes including Tikka Massala, tacos and Asian ginger noodles. “As plant-based alternatives gain more popularity showing up on dinner plates across the nation, PAOW! brings many flavorful options to your home kitchen without compromising the quality of the ingredients,” Almodovar commented in a statement. “Future Foods is breaking the status quo on the stigma towards plant-based products with revolutionary flavor profiles and premium texture. Our PAOW! Pieces can take any dish to the next level.” PAOW!’s flavours were heavily influenced by a survey conducted in 2021. Students from the University of Florida were asked to select which varieties they think should be included in a retail launch. The brand has iterated that global flavour profiles were overwhelmingly popular.

Is another plant-based boom on the cards?

SPINS data has shown that consumer buying habits are shifting. When the Covid-19 outbreak was at its peak, plant-based food sales increased by 90 percent. It has been widely assumed that disruptions to the meat supply chain and personal health concerns contributed to the phenomenon. Experts are claiming that another plant-based boom could be around the corner if pricing can be improved. In March, Kearney released a report that suggested plant-based meat will boom if it can reach price parity with conventional animal protein. Adoption of animal-free products was shown to rest on three factors: taste, consumer mindset, and price. The latter has proven to be critical, with consumers appearing unwilling to pay a premium for something that is a ‘fake’ version of a longstanding dietary staple. Price parity could be reached sooner than initially expected, thanks to plant-based producers reducing their costs and conventional meat rising in price. The meat industry is still recovering from widespread slaughterhouse closures in 2020, which resulted in supply shortages and increased costs. Meat is also subject to inflation rises, which plant-based alternatives are largely unaffected by.