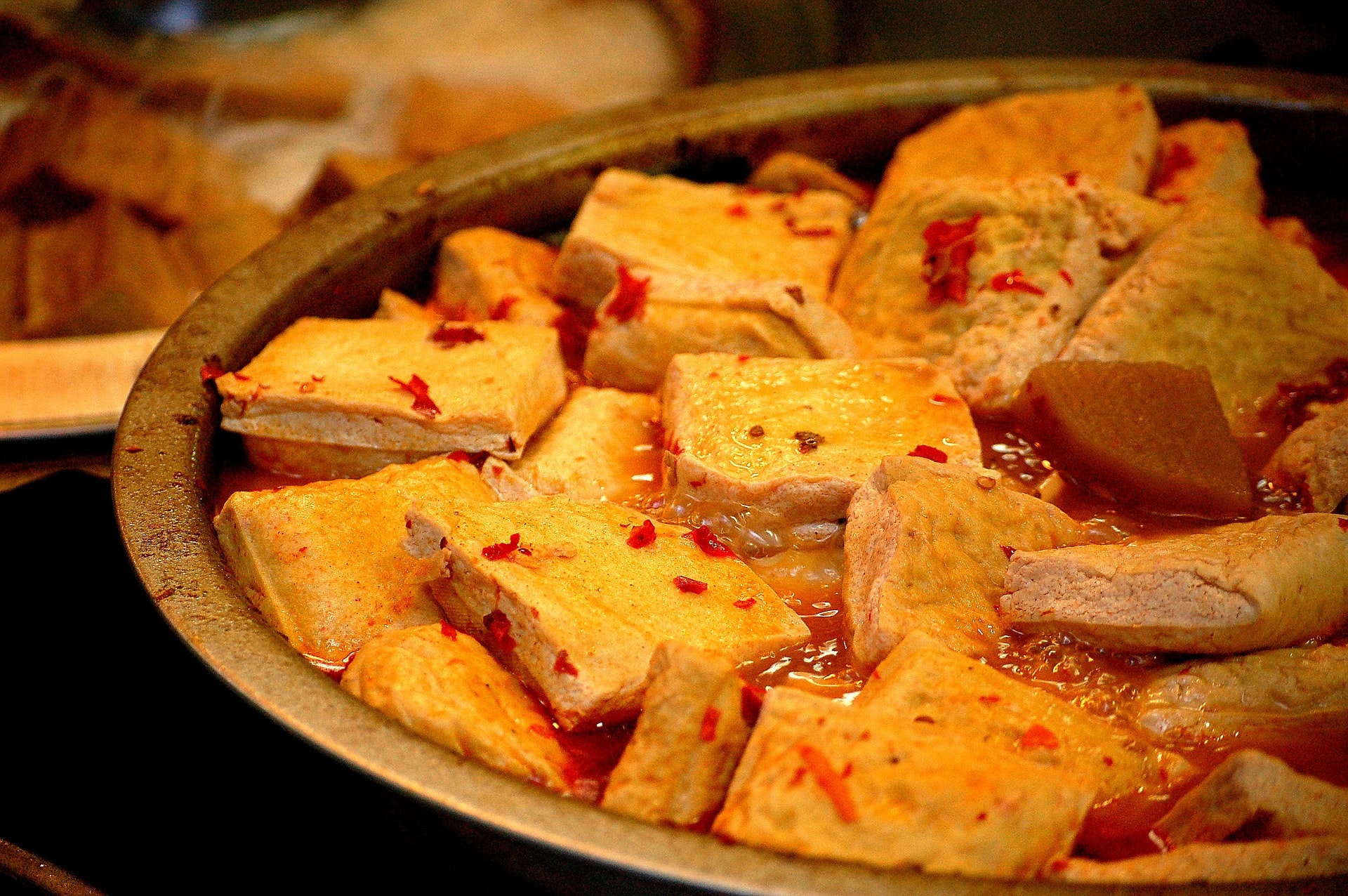 Soy is common in many Asian cuisines, and is growing more popular in Western countries as many people aim for predominantly plant-based diets. It offers many potential health benefits and is generally cheaper than meat.

However, you might have heard soy is linked to cancer risk, or that it can have a “feminising” effect on men.

But what does the research actually say on this?

In fact, most research finds eating a moderate amount of soy is unlikely to cause problems and may even provide benefits. All said, you can safely include moderate amounts of soy foods in your daily diet.

Does soy ‘feminise’ men? Not likely

Soy is rich in high quality protein, and contains B vitamins, fibre, minerals and the isoflavones daidzein, genistein and glycitein.

Some studies have flagged concerns but these tend to be related to people consuming extremely high amounts of soy – such as one unusual case report about a man with gynecomastia (enlarged breast tissue in men) who, it turned out, was drinking almost three litres of soy milk a day.

As one literature review noted, many of the other studies highlighting concerns in this area are are based on animals trials or rare one-off cases (case reports).

What about soy and cancer risk?

One study of 73,223 Chinese women over more than seven years found:

Women who consumed a high amount of soy foods consistently during adolescence and adulthood had a substantially reduced risk of breast cancer. No significant association with soy food consumption was found for postmenopausal breast cancer.

This could be due to different types and amounts of soy eaten (as well as genetics).

Some animal trials and studies in cells show very high doses of isoflavones or isolated soy protein may stimulate breast cancer growth, but this is not evident in human trials.

A study in Japanese males reported high intake of miso soup (1-5 cups per day), might increase the risk of gastric cancer.

But the authors also said:

We thought that some other ingredients in miso soup might also play a role […] For example, high concentrations of salt in miso soup could also increase the risk of gastric cancer.

What about heart health?

Swapping meat in the diet with soy products is going to reduce the amount of saturated fat you eat while also boosting intake of important nutrients.

A study with nearly half a million Chinese adults free of cardiovascular disease, showed those who consumed soy four or more days a week had significantly lower risk of death from a heart attack compared with those who never ate soy.

Replacing red meat with plant proteins including soy products has been associated with a lower risk of developing heart disease.

A moderate intake is fine

If you want to include soy in your diet, choose whole soy foods like calcium-enriched soy beverages, tempeh, soy bread, tofu and soybeans over highly processed options high in salt and saturated fat.

Research on soy is ongoing and we still need more long-term data on intakes in Australia and health benefits.

Overall, however, moderate amounts of soy foods can be consumed as part of a healthy diet and may even help with some symptoms of menopause.

According to the Victorian government’s Better Health Channel:

one or two daily serves of soy products can be beneficial to our health.

can safely be consumed several times a week, and probably more often, and is likely to provide health benefits – especially when eaten as an alternative to red and processed meat.

So don’t stress too much about the soy milk in your coffee and tea or the tofu burger for lunch.

Karen Murphy receives funding and/or support from the National Health Medical Research Council. In the last 10 years she has had funding from Dairy Australia and the Pork CRC.