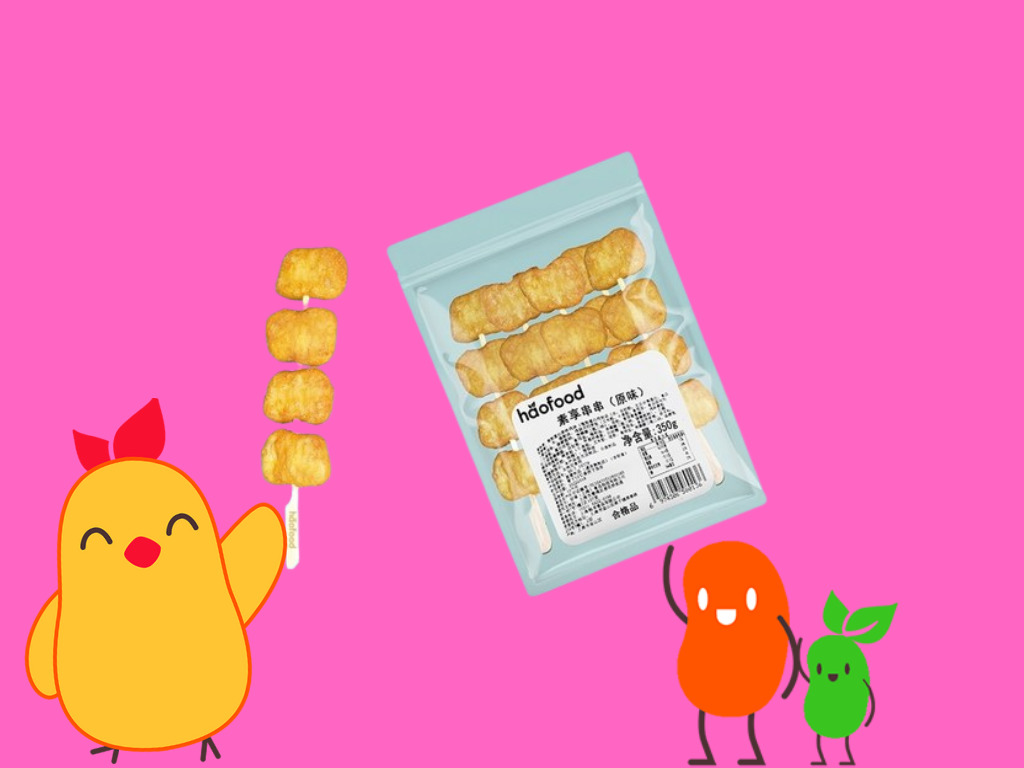 Shanghai’s Haofood has announced a new distribution partnership with Chinese convenience store giant Lawson. A new satay nugget stick development is now being stocked in 2,300 stores, to give consumers easy access to alternative protein products. Shops in the Shanghai, Zhejiang and Jiangsu provinces will be the first areas to see the satay sticks.

The partnership is cited as being timely, due to an observable rise in flexitarian, vegetarian, and vegan diet adoption throughout China. Millennials are thought to be driving this trend, due to increased environmental awareness. Personal health is considered to be another motivation.

The distribution deal with Lawson is another win for Haofood. The plant-based chicken manufacturer, known for its peanut-based protein development, recently celebrated a $3.5 million seed funding round. At the time, the company stated that the investment would be used to increase its reach throughout Asia.

“I am thrilled to be partnering with Lawson and look forward to bringing a different experience to our customers with our new satay nugget on a stick,” Astrid Prajogo, Founder and CEO of Haofood said in a statement. “At Haofood, our goal is to make plant-based chicken products accessible to people. We set our focus on China, the world’s most populous country for a start, as we believe that there can be a significant impact on carbon footprint reduction as customers here turn towards alternative meat products.”

China remains the most populous country on the planet. It registered 1.41 billion people in 2020 and while population growth has slowed in recent years, the need to address food security concerns remains. This has been exacerbated by the Covid-19 pandemic, supply chain disruptions, and natural disasters.

On the 2021 Global Food Security Index, China ranked 13th out of 113 countries. It has shown significant improvement over the last decade but more still needs to be done. This is why when President Xi referenced alternative proteins in a speech, the world’s media took it as a sign that China could be gearing up to become a powerhouse of plant-based and cultivated proteins. The Chinese five-year agricultural plan also made space for ‘future foods’ for the first time in history.

Making alternative protein foods as accessible as possible and cost-effective will be vital to the acceptance of the items as a whole. A study in 2020 revealed that 95 percent of consumers in China are already aware of plant0based meat products, with 61 percent believing that eating them would be healthy. 41 percent said they assumed they have a lower carbon footprint than conventional meat.

Haofood’s move into thousands of convenience stores is intended to make plant-based chicken an everyday food.

Made for the meat-lovers

Haofood uses its proprietary Innotein protein, developed from peanuts, as its main ingredient. The company states that this gives it an advantage in the texture and taste stakes, yielding more umami notes and a fibrosity that meat eaters enjoy. Numerous restaurant partnerships are already in place and now, the ultimate convenience of snacks in grab-and-go locations takes things a step further.

“This ties back to our mission of sustaining happiness from good food forever. We want to unite past, present and future through the creation of traditional dishes with our innovative, futuristic products that allow consumers to enjoy sustainable food in the present,” Prajogo said in a statement. “We will continue to seek ways to innovate, improve and bring people sustainable alternatives to meat while preserving cultural norms in cooking and making a positive impact on the Earth.”

Being able to grab a vegan chicken snack appears to be a global desire. Earlier this year, Lightlife partnered with 7-Eleven to make its vegan chicken tenders available as a grab-and-go hot snack throughout Canada. More than 600 locations were cited to be getting the snacks, which were being stocked as part of the convenience giant’s commitment to offering more plant-based options.